ISLAMABAD, Pakistan: The Federal Minister for Finance and Revenue Shaukat Tarin has reiterated the firm resolve of the government in achieving macro-economic stability and sustained economic growth by following a consultative process.

Talking to the Country Director of the World Bank Group Najy Benhassine who made a courtesy call on him at the Finance Division in Islamabad on Friday, the finance minister apprised him that the first Economic Advisory Council (EAC) meeting had decided to work towards reinvigorating the productive sectors of the economy.

The minister said that the Economic Advisory Council will facilitate sound economic planning by chalking out short, medium and long term plans (with firm timelines) to set the course for an inclusive and sustained economic growth. 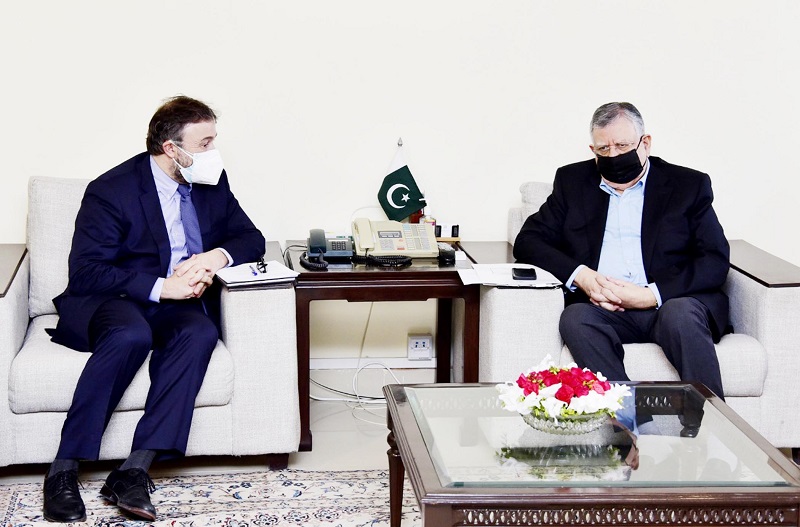 The finance minister lauded the pivotal role being played by the World Bank in strengthening governance and service delivery through institutional reforms & human capital development in Pakistan over the years. He appreciated the swift and timely assistance extended by the World Bank Group for stimulating economic recovery during the COVID-19 pandemic.

The Country Director WBG felicitated the finance minister on assuming his new responsibility and thanked the Government of Pakistan for continuous support and facilitation in completion of on-going projects and programs.

In his concluding remarks, the finance minister said that the continued support of the World Bank, as a major development partner, is critical to attaining fiscal consolidation, improved service delivery and good governance in Pakistan.