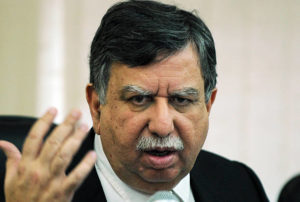 ISLAMABAD, Pakistan: Prime Minister Imran Khan has once again made a reshuffle in the Federal Cabinet and appointed Shaukat Tarin as the Minister for Finance and Revenue.

The Federal Minister for Economic Affairs Makhdoom Khusro Bukhtiar has now been assigned the portfolio of Minister for Industries and Production.