The Shaukat Khanum Memorial Cancer Hospital and Research Centre (SKMCH&RC) was established in 1994 with the mission to provide state-of-the-art and comprehensive cancer treatment services for all patients, irrespective of their ability to pay. Through the generous support of the Pakistani nation, within Pakistan and overseas, we have consistently provided world class cancer treatment completely free of charge to over 75 percent of our patients for almost three decades.

In response to a recent news item reported in sections of the press, the management of Shaukat Khanum Memorial Trust (SKMT) states, for the record, that its funds have never been misused or “diverted”, for any reason, by its Chairman Imran Khan, or by any other individual or entity.

In response to a recent news item reported in sections of the press, the management of Shaukat Khanum Memorial Trust (SKMT) states, for the record, that its funds have never been misused or “diverted”, for any reason, by its Chairman Imran Khan, or by any other individual or entity. Shaukat Khanum Memorial Trust states categorically that all its funds, including those invested in its endowment fund, are used only to support its mission, namely the provision of world-class care to cancer patients. 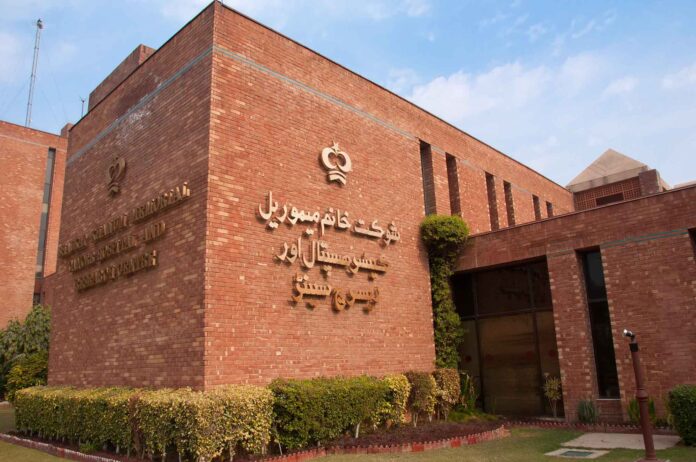 As is common for many charity organizations, the SKMT created an endowment fund to provide financial security and to cater for expenses in the long term. This endowment fund is supervised by an investment committee, with all investments made by the fund being undertaken based upon the recommendations of this committee. The Chairman does not, and has never, made investment decisions in isolation. It is crucial to point out that only non-Zakat funds are invested in this manner, with all Zakat collected being utilized on direct patient care within the year in which it is collected. In 2008, an amount of US$3 million was invested by the endowment fund in a real estate project in Oman. The investment allowed for an early exit, with a 100% capital guarantee on the investment. In 2015, the SKMT exercised its early exit option and the entire amount of US$3 million was duly recovered. Shaukat Khanum Memorial Trust has already shared full details of this investment, and full recovery of its funds, numerous times, with the public. It is relevant to mention that, although the investment did not generate a profit for the Trust in dollar terms, it certainly did in rupee terms, since the difference in exchange rate referred to in the article in question actually worked in favour of the SKMT.


Finally, full records of all donations made to the SKMT are maintained and duly audited by independent third parties to ensure compliance with all applicable regulations, not only within Pakistan, but in all jurisdictions where funds are collected on our behalf, or with the aim of supporting us. For over thirty years, the trust and confidence of many millions of donors has enabled the treatment of 45,000 to 50,000 cancer patients every year at our hospitals in Lahore and Peshawar – most of whom would have been unable to access highly specialized cancer treatment elsewhere. It is precisely because of its robust clinical, administrative and governance structures that the Shaukat Khanum Memorial Trust, incorporating all its facilities in Lahore, Peshawar and Karachi, became only the second organization in the entire world to gain the prestigious Enterprise Accreditation from the US-based Joint Commission International in September 2022.

It is reiterated that all contributions to the SKMCH&RC are used solely in fulfilling our mission of providing free cancer treatment to those unable to pay. Allegations and insinuations which aim to sow doubt in the minds of our donors as to how their donations are used by the SKMCH&RC are tantamount to playing with patient’s lives. The cost of providing cancer care in line with international recommendations is continuously on the rise, and despite brittle financial conditions, the management of the SKMT remains steadfast in its commitment, not only to provide state-of-the-art comprehensive cancer treatment to all its patients, but also to defend vigorously its hard-won and excellent reputation for financial prudence and transparency.

Mati
Mati-Ullah is the Online Editor For DND. He is the real man to handle the team around the Country and get news from them and provide to you instantly.
Share
Facebook
Twitter
Pinterest
WhatsApp
Previous article
CPNE releases “Pakistan Press Freedom Report 2022” claiming situation for media freedom is worse than before
Next article
Govt urged to halt misuse of blasphemy laws & improve religious freedom conditions
Share
Facebook
Twitter
Pinterest
WhatsApp