ISLAMABAD, Pakistan: The Jamhoori Watan Party (JWP) Chief Shahzain Bugti met the Chairman Pakistan Tehreek-e-Insaf (PTI) Imran Khan in Islamabad on Tuesday, and announced his support to him in the prime minister’s election to be held in the Lower Houser of the Parliament.

In the meeting held at the Chairman’s Secretariat in Banigala, the PTI Vice Chairman Shah Mehmood Qureshi and the senior leader Jahangir Khan Tareen were also present.

During the meeting, Shahzain Bugti apprised Imran Khan about issues being faced by Dera Bugti. He also shared his views about the rehabilitation of homeless people with the PTI leadership. 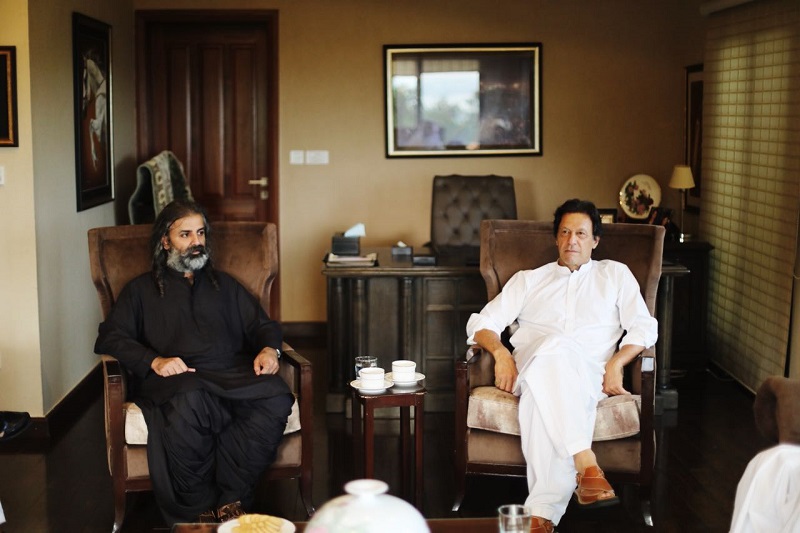 Imran Khan welcomed the JWP Chief, and paid gratitude to him and his party for extending support to PTI in the prime minister’s election.

The Chairman PTI assured that his party would provide all possible assistance to Shahzain Bugti and JWP. He said that it’s among top priorities of PTI to remove Balochistan’s deprivations.

Mati
Mati-Ullah is the Online Editor For DND. He is the real man to handle the team around the Country and get news from them and provide to you instantly.
Share
Facebook
Twitter
Pinterest
WhatsApp
Previous articleFirst Session of Russia-Pakistan Joint Military Consultative Committee held in Rawalpindi
Next articlePresident approves Rs 10 million assistance package for needy writers, artists