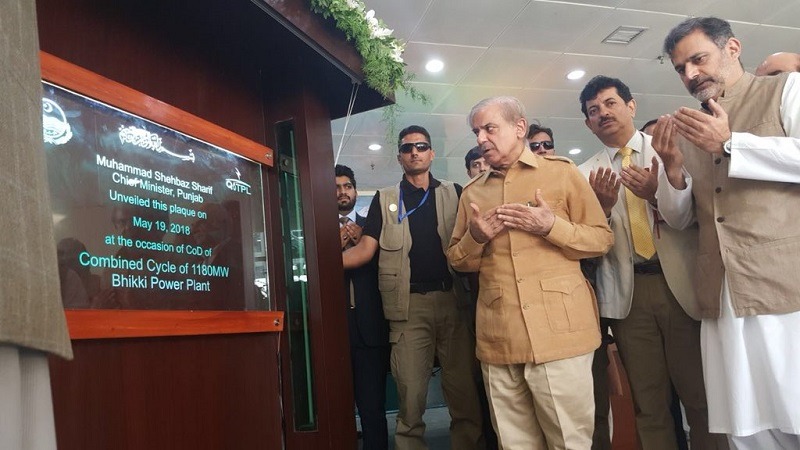 Shahbaz Sharif said that projects including Bhikki Power plant and Haveli Bahadur Shah were initiated in 2016, and today Bhikki has been completed whereas Bahadur Shah Plant is almost complete.

The Chief Minister said that Haveli Bahadur Shah, Bhikki power plant and Balloki have added 3600 MW in the national grid

“We have used our own resources in Punjab to produce electricity. This electricity is now connected to the national grid,” he said. “I congratulate everyone who worked tirelessly day and night on building Bhikki Power Plant”.

Have a look at the aerial view of 1180 MW Bhikki Power Plant which is now fully operational! pic.twitter.com/10k4IQVZiG

“I believe all those involved in making these projects successful deserve applause,” the Chief Minister said.

The Chief Minister said that 10,000 MW electricity has been added to the national grid under Pakistan Muslim League-Nawaz (PML-N) tenure. He said that after working tirelessly, there is no load shedding during Ramazan this year.

Mati
Mati-Ullah is the Online Editor For DND. He is the real man to handle the team around the Country and get news from them and provide to you instantly.
Share
Facebook
Twitter
Pinterest
WhatsApp
Previous articleImran, Shahbaz grieved over death of Sabika Sheikh
Next articleImran Khan’s first 100 day agenda launched