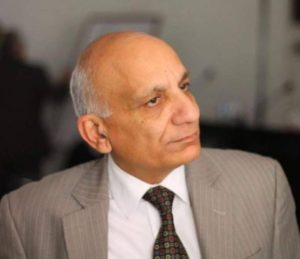 ISLAMABAD, Pakistan: The Federal Information Secretary Shafqat Jalil has been promoted to grade 22, according to reports.

Shafqat Jalil was a BS-21 Officer of Information Group; however, a meeting of the High Power Selection Board (HPSB) held in Islamabad last week with Prime Minister Imran Khan in the Chair approved the promotions of 20 senior bureaucrats including him.

Reports said that the prime minister promoted Shafqat Jalil to grade 22 from 21 on the recommendation of High Power Selection Board. He is also the Principal Information Officer (PIO) as well as the Director General Radio Pakistan.

Earlier on October 15 this year, he was posted as the Additional Secretary Incharge, Information & Broadcasting Division.

Considered as highly professional and honest Officer of Information Group, Shafqat started his career as the Information Officer after passing out from Civil Service Academy. He is one of those officers of civil bureaucracy whose promotions were delayed and denied during the last government of the former Prime Minister Nawaz Sharif.

Shafqat Jalil has served at least three prime ministers as their Press Secretary. He also remained Press Counsellor at Pakistan Mission to the United Nations.

Mati
Mati-Ullah is the Online Editor For DND. He is the real man to handle the team around the Country and get news from them and provide to you instantly.
Share
Facebook
Twitter
Pinterest
WhatsApp
Previous articlePFUJ regrets Supreme Court treatment meted out to Hussain Naqi, expresses solidarity
Next articleNAB to file reference against owners of Sargodha University sub-campuses soon, SC told