Seminar held at Islamic Centre of Argentina, to Express Solidarity with the People of Kashmir

Monitoring Desk: A seminar was organized by the Islamic Centre of Argentina, Buenos Aires to express solidarity with the oppressed people of Indian illegally occupied Jammu & Kashmir. Through a photo exhibition, video and powerpoint presentation, the plight of the beleaguered people of Kashmir was highlighted.

The President of CIRA Mr. Anibal Bashir Bakir and Prof. Ricardo Elia expressed their anguish and pain over the Human Rights violations and denial of legitimate rights to the people of IIOJK. The seminar was attended by people from different walks of life.

Speaking on the occasion, Ambassador of Pakistan to Argentina, H.E. Dr. Muhammad Khalid Ejaz stated that currently the world is witnessing cataclysmic events. Pakistan has just sent tons of food and humanitarian assistance to Ukraine. The current tensions in and around Ukraine has made the world more receptive to the effects of conflicts and their consequences. However, the principles of justice, fair play and protection of human rights cannot be applied selectively. These are universally accepted norms and values which are dear to our hearts, and we would like to see them apply all over the world including to the people of Indian illegally Occupied Jammu & Kashmir. Currently, the international community is seized with protecting rights of people caught in conflict, the expression of solidarity with the Kashmiris by the Islamic Centre of Argentina and the wider communities living in Buenos Aires is, thus, very timely.

Kashmiris are suffering and are under tremendous agony due to the presence of more than eight hundred thousand Indian military and paramilitary forces. Kashmir is the most militarized zone of the world. The international human rights organizations including Amnesty International and Human Rights Watch have repeatedly reported the egregious human rights violations of girls, women, and children of the IIOJK. There are reports of rape, molestation, and bodily damage of more than 161 women and girls in IIOJK in the last one year. 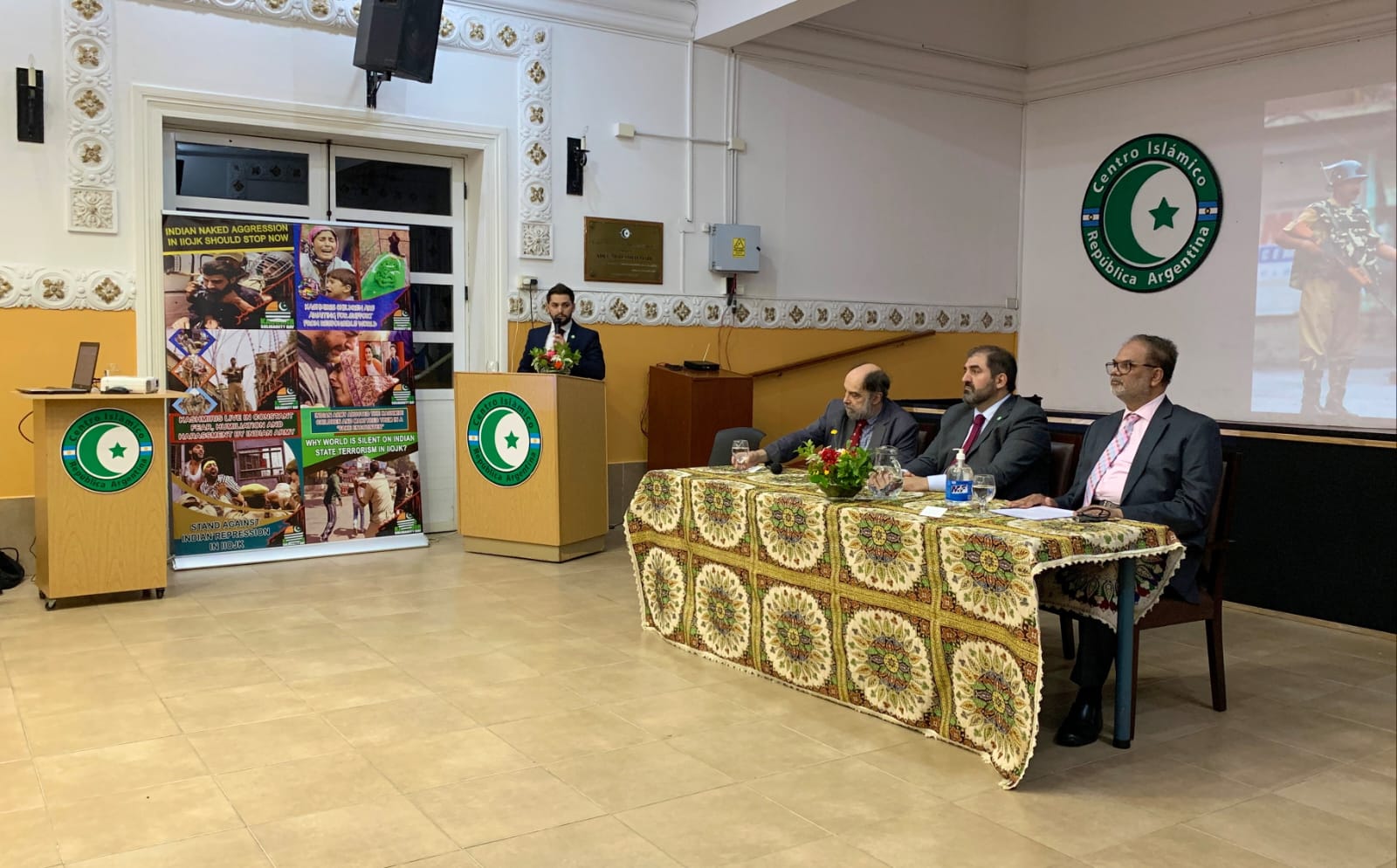 The Ambassador pointed out that Prime Minister Imran Khan during his address to UN General Assembly has rightly pointed out that the Indian occupation forces have used brute force including pellet guns against peaceful protestors; imposed collective punishments, including the destruction of entire neighbourhoods, and extra-judicially murdered hundreds of innocent young Kashmiris in fake ‘encounters’, refusing even to hand over their bodies for burial. The Kashmiri media, and those daring to raise their voice, are being systematically harassed and intimidated through the use of draconian laws. 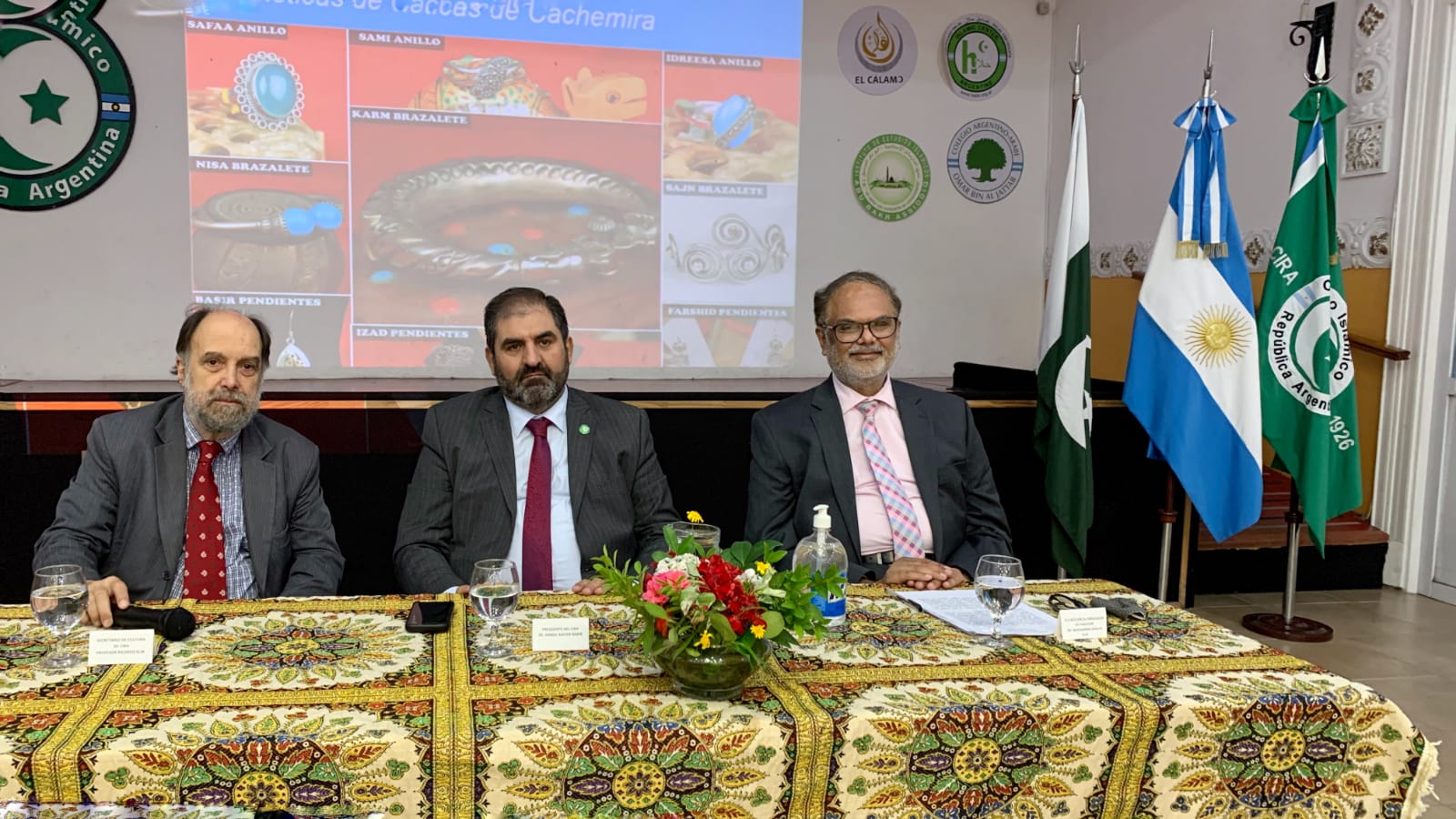 He reiterated that the Kashmir people have been denied the freedom of expression. There have been attempts to change the demographic structure of the occupied territory, turning the Muslim majority in Kashmir into a minority.

The Ambassador stated that Pakistan has always called for a peaceful solution to the Kashmir dispute in accordance with the UN Security Council resolutions and the wishes of the Kashmiri people. 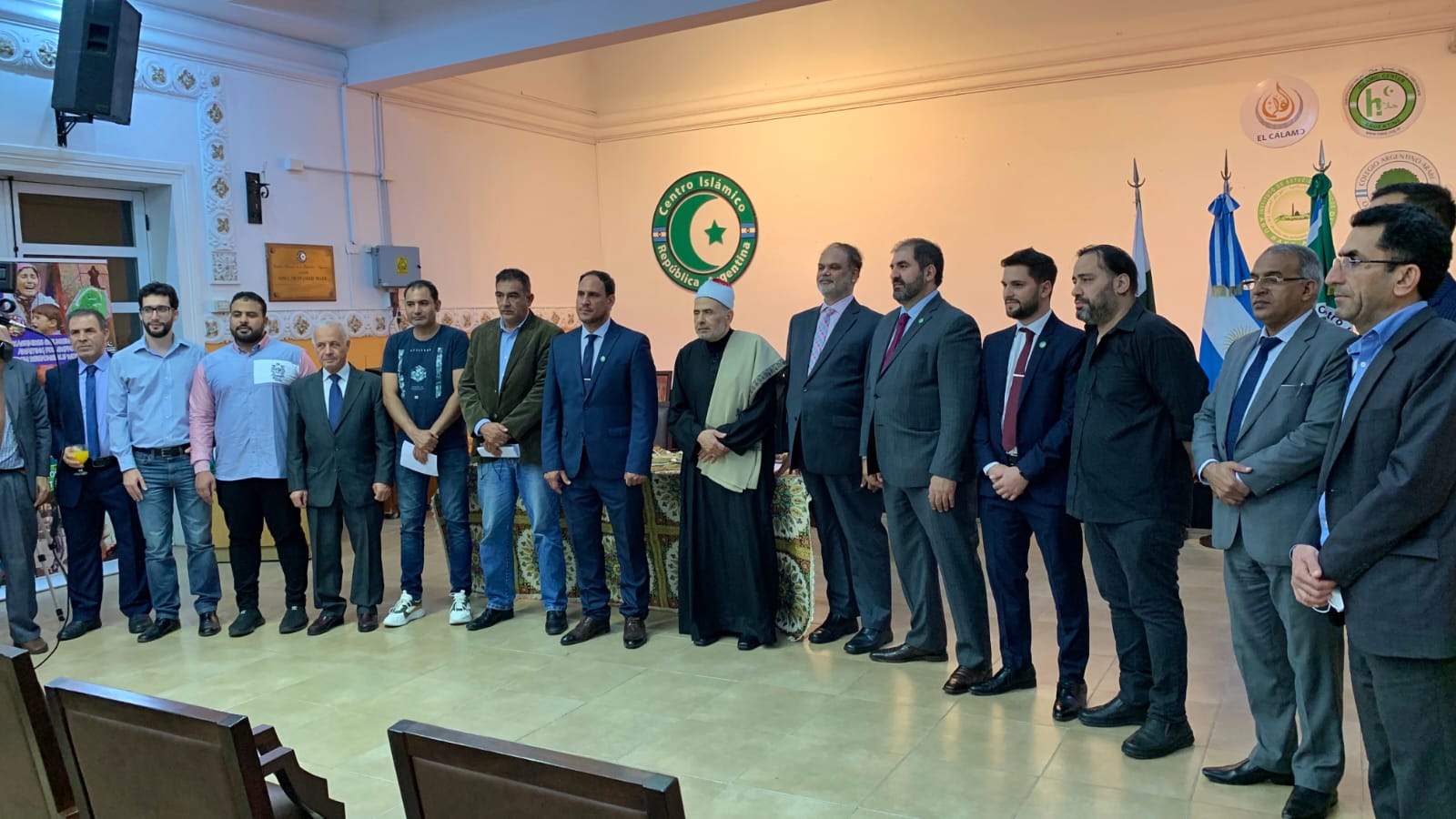 Dr. Ejaz appreciated Argentina’s participation in the United Nations Military Observer Group in India and Pakistan. He asked the Pakistani community to reach out to the human rights groups in Argentina with a view to apprise them about the humanitarian crisis in the Indian Illegally Occupied Jammu and Kashmir (IIOJK). The other speakers at the event also condemned Indian atrocities in IIOJK in the strongest terms.

The speakers at the seminar gave a detailed background of the Kashmir dispute and mentioned that in October 1947, the Indian forces illegally occupied Jammu and Kashmir against the wishes of the Kashmiri people. They recalled the litany of broken promises made by Indian leaders, first and foremost by Mr. Jawaharlal Lal Nehru, who had promised to the Kashmiris of a plebiscite to decide their future.

The seminar was preceded by a photo exhibition depicting Indian brutalities against the innocent Kashmiris and their resolve to continue with the struggle for right to self determination.