Islamabad, Pakistan: The Centre for Aerospace and Security Studies (CASS), Islamabad concluded its two-day international seminar entitled “Global Strategic Threat and Response” (GSTAR) on March 5, 2020 here at a local hotel.
The conference/Seminar aimed to create a global forum by seeking expert inputs and providing perspective on core areas of research related to the changing balance of power, emerging technologies, aerospace employment, new modes of warfare and force postures. It assessed and analysed several transformative and destabilizing transitions as the global order is undergoing a paradigm shift. The conference was spread over two days and had four sessions. Reputed international and national experts from think tanks, academia, and defence services were invited as speakers and participants. 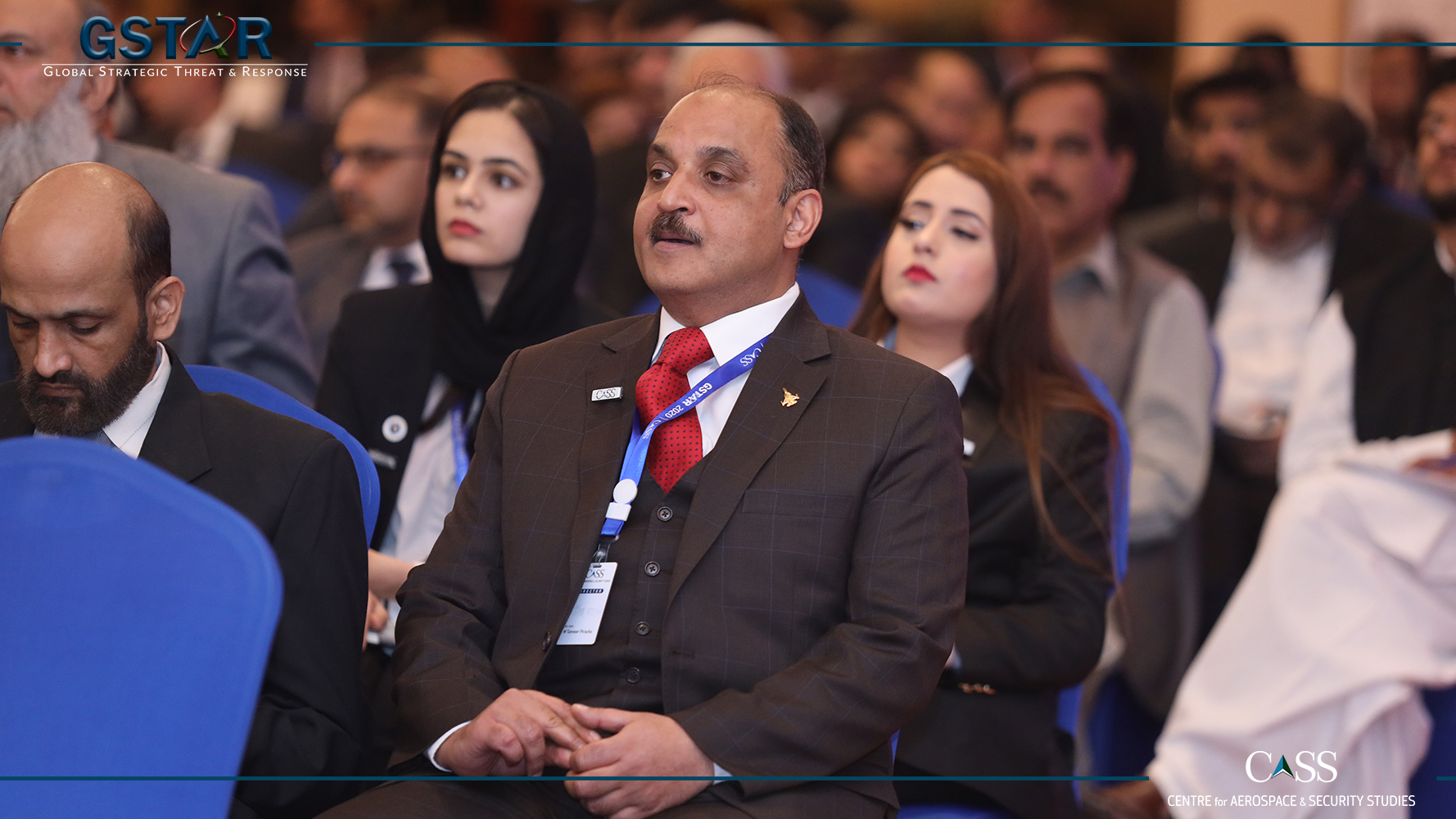 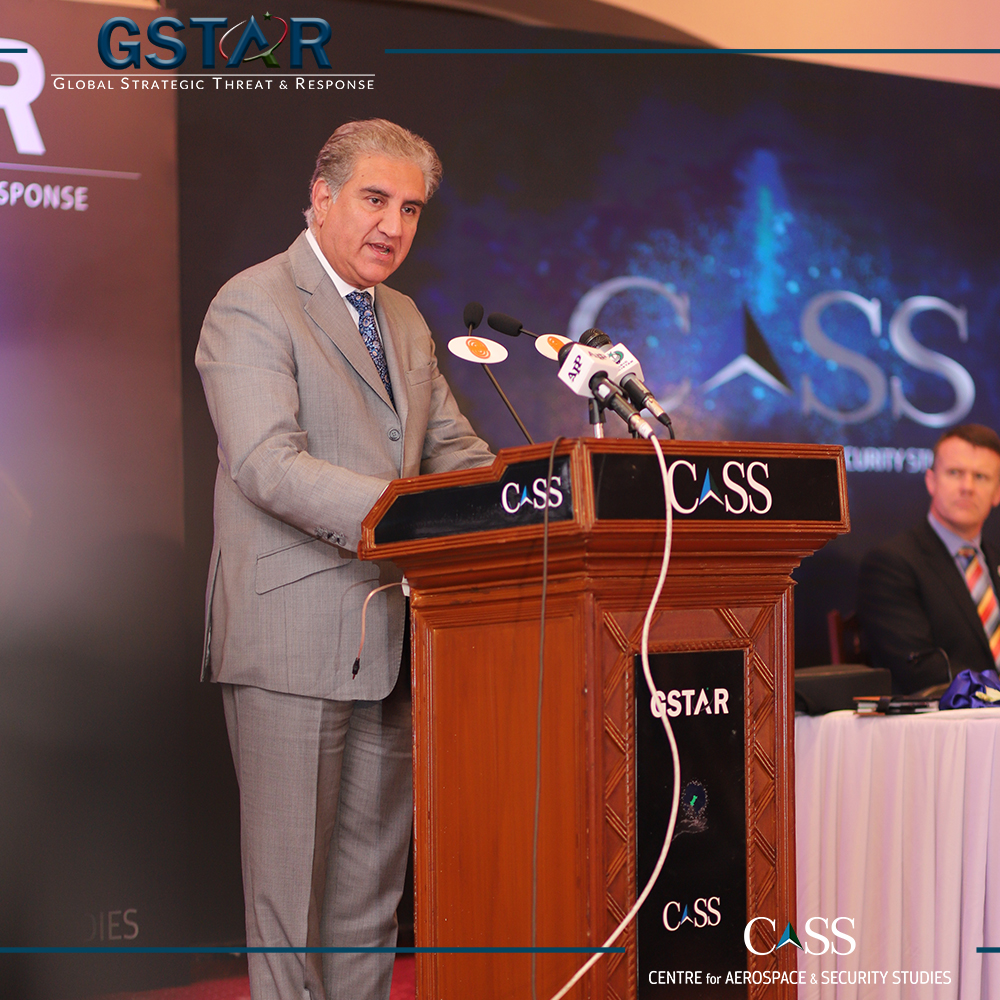 They covered the topics ranging from emerging world order, regional security dynamics, weapons of the future, the growth of technologies, hybrid warfare and cyber warfare among others. The Foreign Minister of Pakistan Mr Shah Mehmood Qureshi was the Guest of Honour of the concluding session, who gave Pakistan’s future vision for peace and security. Underlying Pakistan’s efforts to bring peace to the region, he enumerated several measures that demonstrates country’s resolve and responsibility. The Foreign Minister appreciated CASS efforts in hosting the international conference that dealt with futuristic technologies and discussing ideas to develop responses to the emerging threats. 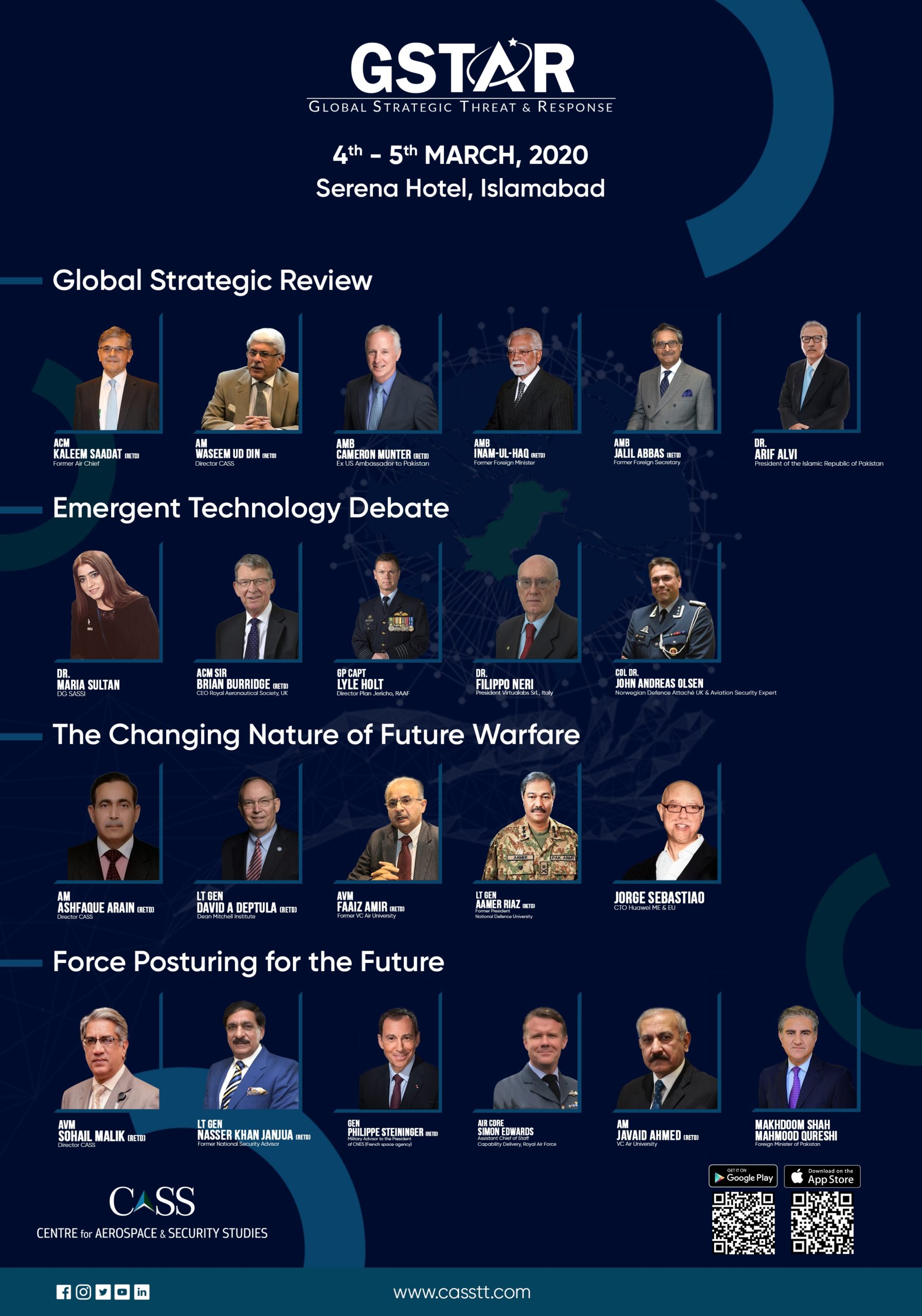 At the end of the session, President CASS Air Marshal Kaleem Saadat gave a recap of the two-day proceedings and shared key takeaways with the participants. The seminar was attended by several Air Force Chiefs from different countries and more than thirty delegates from friendly countries, besides Islamabad-based foreign dignitaries, academics, scholars, government officials.

In the second day proceedings, Lt Gen Nasser Janjua (Retd) who is former National Security Advisor emphasized world is (was) transition and Asia is the reality of future and Eurasian region is becoming a realism of the day. He stated that War Mongering in Asia was hampering development and peaceful resolution of conflicts in Asia would benefit entire world.
Referring recent Indo-Pak standoff and Kashmir crises, he stated that India wanted to initiate a limited war over Pakistan but in reality there is and was no concept of limited or control wars because wars are wars and they have their own requirements and the world must understand that war between two nuclear countries could be disastrous of human race not only for Asia. 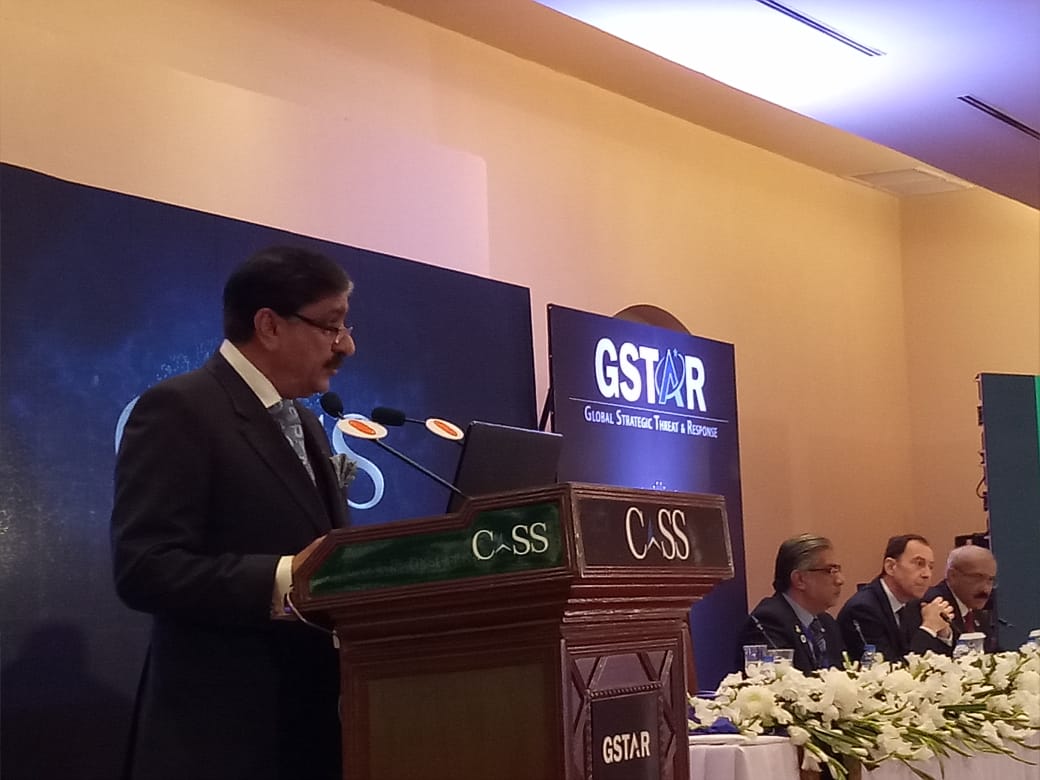 He stated that analysis of core technological developments and emerging nature of warfare, also required future force posturing to cater for impending threats, by transforming the existing militaries into modern, efficient and agile professional forces capable of handling technologies of the future. However, he added that force posturing has different connotations for developed and developing countries, as it founded on each groups distinct perspective and national objectives. 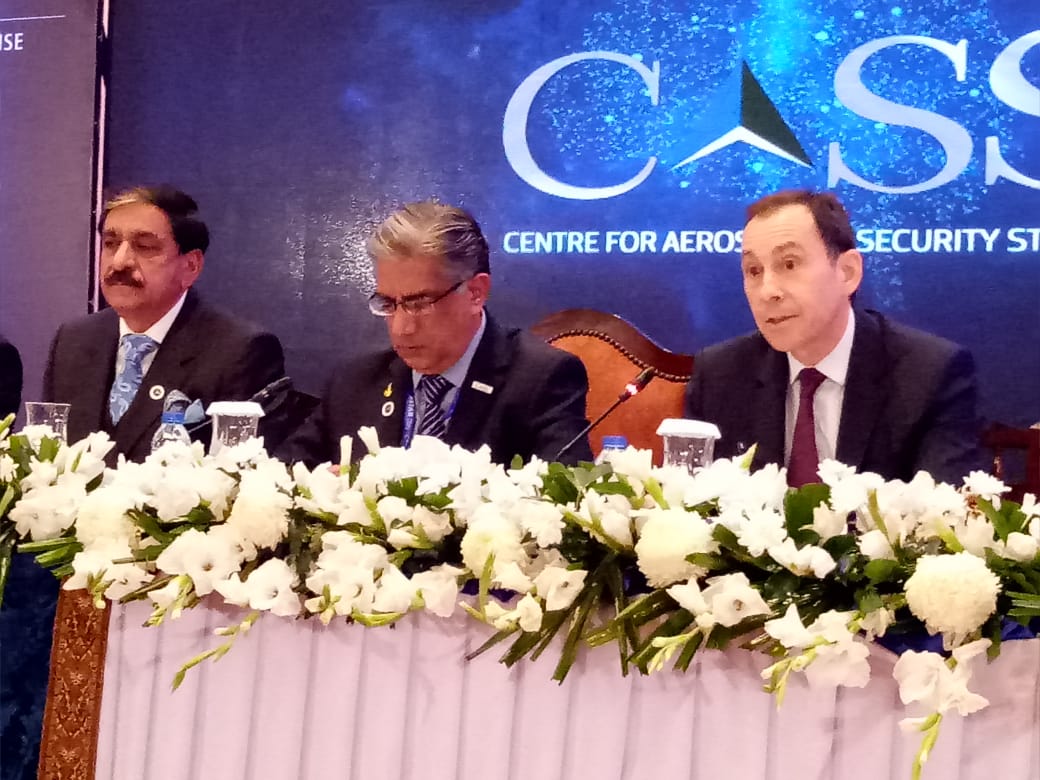 “Future force posturing would also demand a paradigm shift in the conduct of Next Generation Training (NGT). This requirement for training is already underway in tech savvy countries, who have geared up their force structure with the induction of qualified professionals, well conversant with technological advancements, he stated.