In a press release, the Inter Services Public Relations (ISPR) said that matters of mutual interest were discussed during the meeting.

The visiting dignitary lauded the strong and brotherly bilateral ties, also reaffirmed the Kingdom of Saudi Arabia’s (KSA) full support to Pakistan in its efforts towards peace and stability. 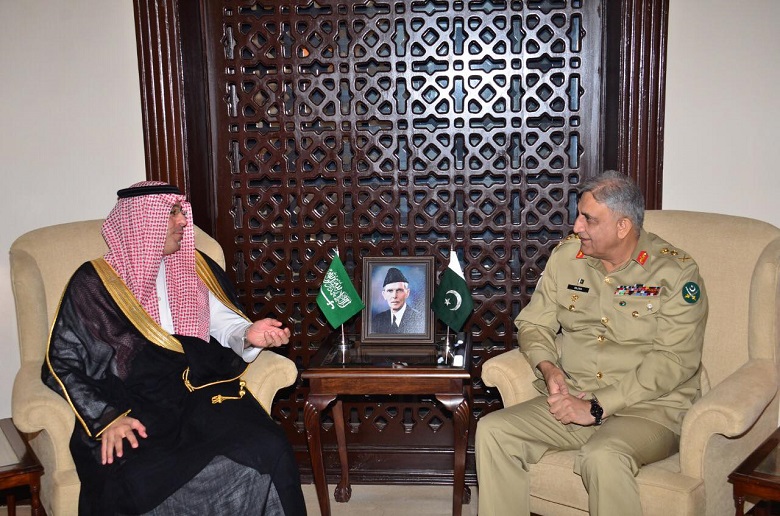 Earlier, the Saudi information minister also held a meeting with the Foreign Minister Shah Mahmood Qureshi in Islamabad, and conveyed the Saudi leadership’s desire to work closely with the new government in Pakistan to attain the true potential of Pak-Saudi bilateral relations.

The foreign minister stressed for enhanced economic relations between Pakistan and Saudi Arabia, and invited the Saudi investors to invest in Pakistan.

During talks, both the leaders agreed to bolster their engagements.

Mati
Mati-Ullah is the Online Editor For DND. He is the real man to handle the team around the Country and get news from them and provide to you instantly.
Share
Facebook
Twitter
Pinterest
WhatsApp
Previous articleFast-track efforts underway to improve health facilities for masses: Minister
Next articleShah Mahmood Qureshi to visit Kabul on September 14