ISLAMABAD, Pakistan: The Prime Minister’s Advisor on Overseas Pakistanis and Human Resource Development Ayub Afridi has said that Pakistan has sent more than 3,500 doctors, nurses, and technicians to Kuwait during the COVID-19 pandemic and 3,000 more are in the pipeline while at the same time, the Kingdom of Saudi Arabia (KSA) is recruiting hundreds of medical professionals too.

Talking to the Ambassador of State of Qatar to Pakistan Sheikh Saoud bin Abdul Rahman Al Thani in Islamabad on Thursday, the advisor told him that Pakistan is looking to explore skilled and professional employment market in Qatar that is currently occupied by other competitors.

The advisor said that Qatar being an old good friend, tied to Pakistan by its British history, culture, values, and religion, must also explore such an offer. 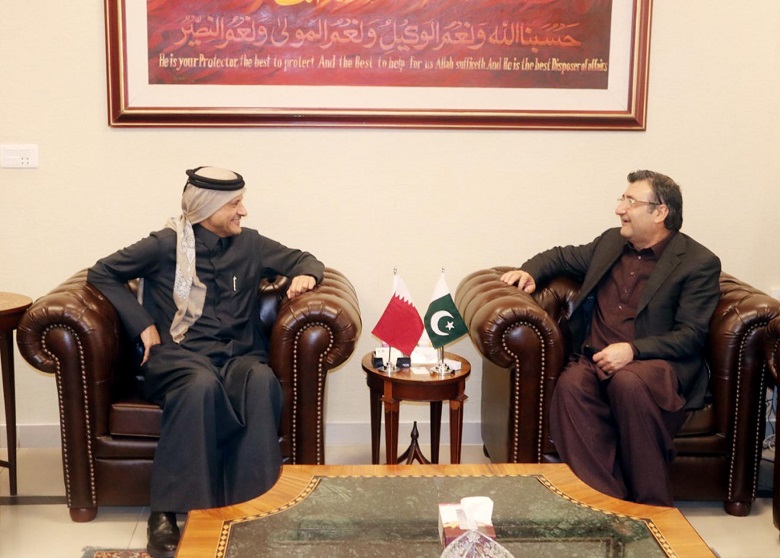 In his remarks, the Qatari ambassador said that he is looking forward to the ministry’s comprehensive proposal and is ready to sign Memorandum of Understandings (MOUs) with the government for the promotion of skilled emigration.

The ambassador expressed that being a student to a Pakistani flight instructor himself, he has massive affection towards Pakistani expatriates in Qatar and he has already helped to increase their numbers by 10,000 to reach above 110,000 in total.

The ambassador said that Pakistani professionals, especially doctors, are world-renowned for their skill and he would wish for maximum skilled emigrants to be recruited by Qatar.

Further, he said that apart from the state offices in Islamabad and Karachi new offices in Peshawar and Lahore will be opened soon to facilitate people of both nations.

The advisor thanked him for the visit by stating that frequent interactions will be carried out in the future for promotion of Pakistani emigration to Qatar.