Saudi Arabia reaffirms its support to Pakistan for Kashmir cause

During the conversation, matters of mutual interest including COVID-19 pandemic, enhanced bilateral cooperation, and the situation in Indian Occupied Jammu and Kashmir (IOJ&K) were discussed.

The foreign minister underscored that the fraternal ties between Pakistan and Saudi Arabia were deep-rooted and multi-faceted and the strategic relationship between the two countries was growing in myriad dimensions.

Shah Mahmood Qureshi thanked for condolence messages issued by His Majesty the King and the Crown Prince of Saudi Arabia over PIA Plane Crash. 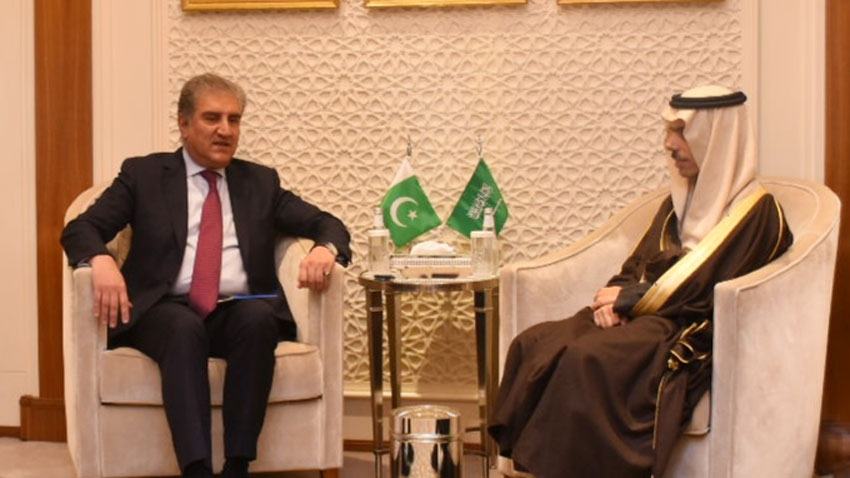 Qureshi offered condolences on the loss of precious lives in Saudi Arabia due to the COVID-19 pandemic and highlighted the measures being taken by Pakistan to contain the virus, with focus on saving lives and securing livelihoods.

The two foreign ministers exchanged views about the socio-economic impacts of the  pandemic.

The Saudi Foreign Minister Prince Faisal bin Farhan expressed solidarity with Pakistan in its efforts to combat the outbreak.

In the context of IOJ&K, Qureshi shared deep concern over the continuing double lockdown as well as the intensification of the military crackdown by Indian occupation forces and attempts to change the demographic structure of the occupied territory by introducing new domicile law.

The foreign minister lauded the recent statements of the Organization of Islamic Cooperation (OIC) and other international bodies which showed serious concerns and urged urgent steps to address the situation in IOJ&K.

The two foreign ministers agreed to remain in close contact to take forward the important bilateral agenda and close cooperation in various fields.