Additionally, he will also keep the Charge of the Federal Secretary of Commerce Division, which he has already had since March 2019. 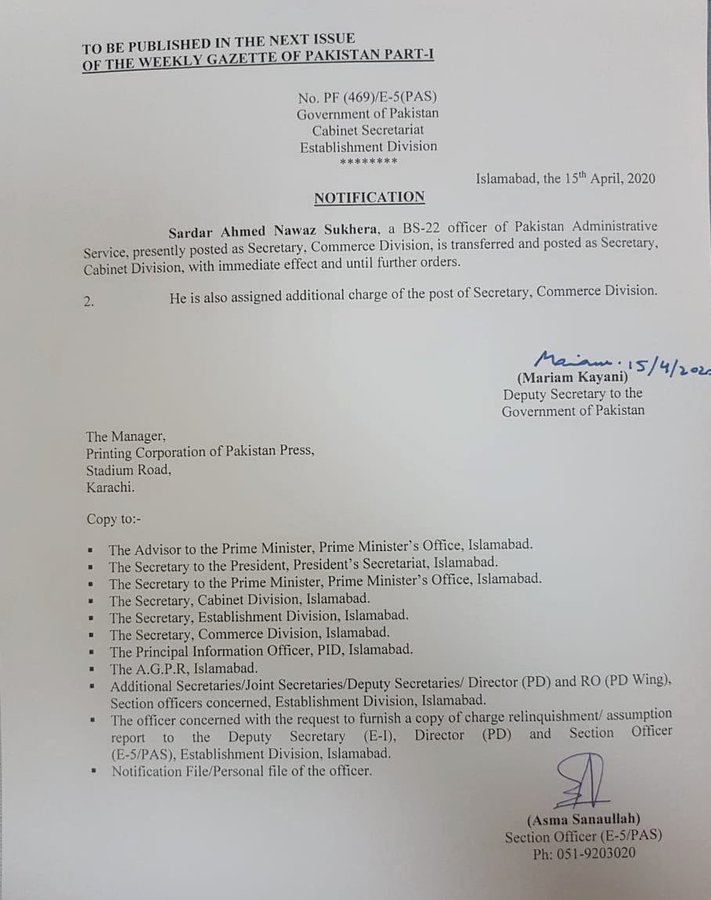 Previously, Sardar Ahmad Nawaz Sukhera also served as the Secretary Board of Investment (BOI) and the Secretary of Ministry of Information and Broadcasting.

Honored to be posted as Cabinet Secretary today! Wish my father was still around… he would have been happy to hear the news!
Will miss my wonderful team at MOC! pic.twitter.com/vDY31d1lfN

Sukhera joined the Civil Service of Pakistan in 1985 and held various Secretariat, Field and Staff assignments over the course of his career. Before joining the Ministry of Information, Broadcasting and National Heritage, he served as the Secretary, Ministry of Privatization from 2014 to 2017. He also assumed the additional charge of the Managing Director Pakistan Television Corporation (PTV) besides being the Chairman of Pakistan Broadcasting Corporation (PBC) and Associated Press of Pakistan (APP).

In addition, he also served as the Chief Executive Officer of the Small & Medium Enterprises Development Authority of Pakistan (SMEDA).