Sania Mirza and Shoaib Malik are a couple that has always been in news now and then. The two are the ambassadors of India and Pakistan. They showed that there is hope for love between the two countries that have remained envious for a very long time. Every time there is a Pakistan and India match, Shoaib Malik and Sania Mirza are always amidst talk in a lighter tone. Recently, the two announced The Mirza Malik Show amidst their divorce rumours.

The couple had been the talk of the town because of their divorce rumours. All their fans from both sides of the boundaries were in despair after hearing the news. One of their friends had also confirmed the rumours. However, the couple remained silent regarding these rumours. But, the couple is going to share screen with each other despite all the divorce rumours.

The Pakistani version of Netflix, Urduflix shared the first poster of this upcoming show on its official Instagram account. The show will be OTT means the viewers can stream it on the internet. There is no hint regarding the release date but The Mirza Malik Show is expected to come out soon. 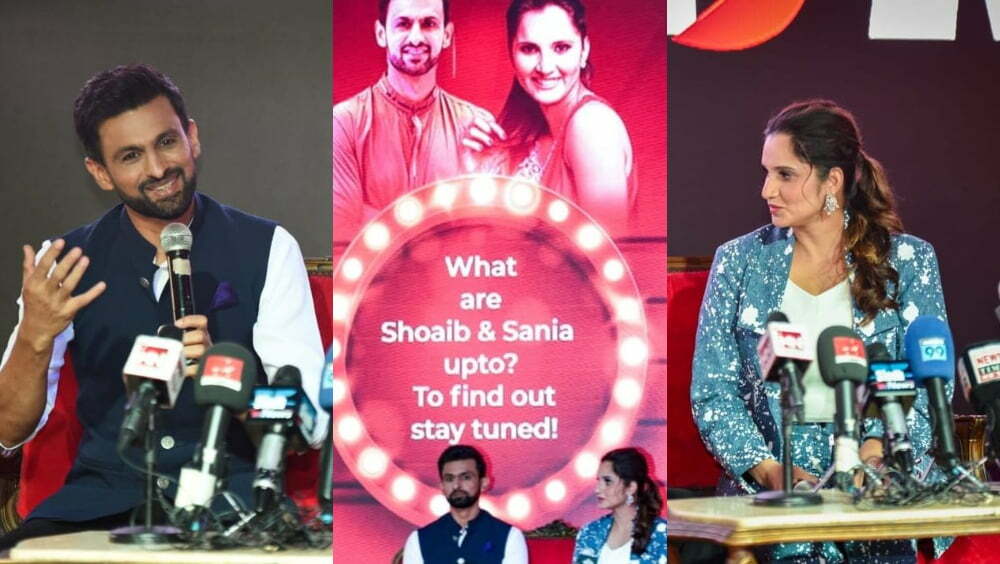 Soon after they announced the show, some people are trolling them while others are heavily criticising them for using divorce as a publicity stunt. Recently, in an interview on SAMAA TV, Shoaib Malik was asked a question about the end of his relationship with Sania Mirza. He only responded with ‘Ignore them.’

People have found new trolling content for social media accounts. Many of their fans are happy that the rumours were not true and they are happily together. Meanwhile, some of the fans are not happy and perceive it as a publicity stunt. They think that they spread this fake news to gain viewership for The Mirza Malik Show.

We still don’t know the truth behind the rumours and we cannot even support the opinion that it was merely a publicity stunt.