Samsung is bringing 5G to its Midrange A Aeries in 2020

TechnologySamsung is bringing 5G to its Midrange A Aeries in 2020
Technology
By Mati
April 11, 2020
Advertisement

Samsung is refreshing its Galaxy A-series midrange phones for 2020. The lineup consists of six phones, all of which are aimed at people who want high-end features without paying an excessive amount of money. The most affordable Galaxy A costs $110, while the highest-end A71 5G tops out at $600, the feature to notice is that it supports 5G connectivity. There will also be a slightly more affordable $500 model that is 5G-ready. The plus point is that the entire lineup ships with Android 10 software with One UI 2.0 and for the people who miss the good old headphone jack the lineup features a 3.5mm headphone jack.

The first two phones are going to be launched on April 9, the A01 and A51, costing $110 and $400, respectively. The A01’s specs seem reliable for the cost, with an octa-core processor, a 5MP selfie camera on the front, and a 13MP rear camera with 2MP depth on the back. The display is 5.7 inches, and it has HD+ resolution with Samsung’s “Infinity-V” v-shaped notch at the top to house the selfie cam. The phone contains a 3,000mAh battery, and its 16GB of onboard storage can be expanded via microSD. 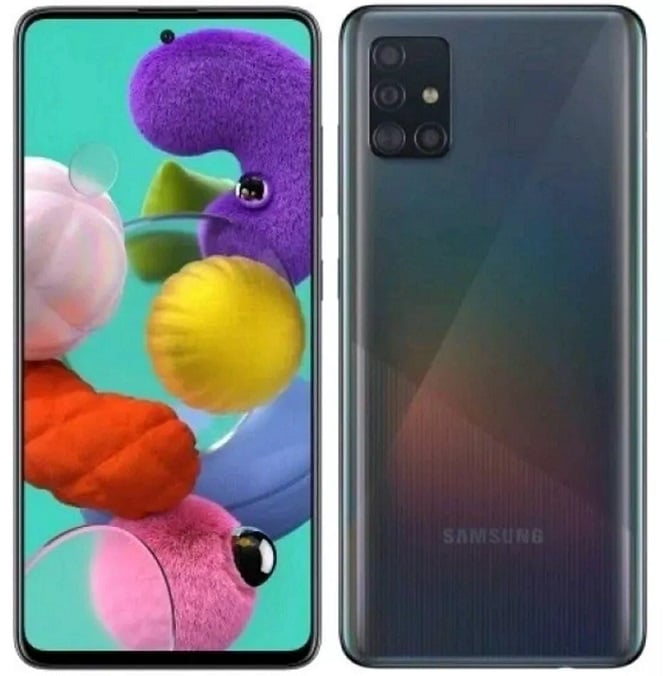 The A51 seems to be pretty similar to the likes of Google’s Pixel 3A and perhaps the rumored Pixel 4A. This device is the successor to last year’s Galaxy A50 and has a big 6.5-inch FHD+ OLED Infinity-O display with a hole-punch camera in the screen. It has a 48MP camera lens on the back, and its ultrawide-angle lens has a 123-degree field of view. The camera can record video in 4K resolution, and Samsung says the phone has stabilization that will help keep the footage looking smooth. Samsung touts this one as having “amped-up performance” using a 10nm octa-core processor with 4GB of RAM, a 4,000mAh battery, and 128GB of onboard storage. It will have a microSD slot, allowing for up to 512GB of additional storage.

the A11 and A21, which will cost $180 and $250, respectively. These will launch at some point in the summer. Both will have octa-core processors. The A11 will offer a 6.4-inch HD+ display with a hole-punch selfie cam. The rear camera has three lenses (wide-angle, ultrawide-angle, and depth). The phone also includes a 4,000mAh battery, 2GB of RAM, and 32GB of storage.


The A21 is just a little bigger with a 6.5-inch screen. The main difference is that it has a quad-lens rear camera array, with a macro lens added to the three included on the A11. Additionally, the A21 comes with a 4,000mAh battery and 3GB of RAM, and it supports 15W wired fast charging.

Also coming later this summer is a 5G-ready version of the A51 which will cost $500. There are other differences between this and the $400 model: the 5G version will have 6GB of RAM (compared to 4GB), support 15W wired fast charging, include a 4,500mAh battery (compared to 4,000mAh), and will support up to 1TB of additional microSD card storage. This phone will support mm Wave and sub-600MHz spectrum 5G support.