The Galaxy Watch Active was quiet impressive when it was launched earlier this year alongside Samsung’s Galaxy S10 smartphones. The sleek and sporty watch immediately jumped to the head of the class for Android smartwatches. Apple watch was considered to be the best smartwatch available and the Samsung Galaxy Watch Active challenged it in many ways.

Samsung and apple have been the rivals of each other since the start of these companies. It looks like Samsung’s ready to take down apple watch once and for all but only time can tell that. 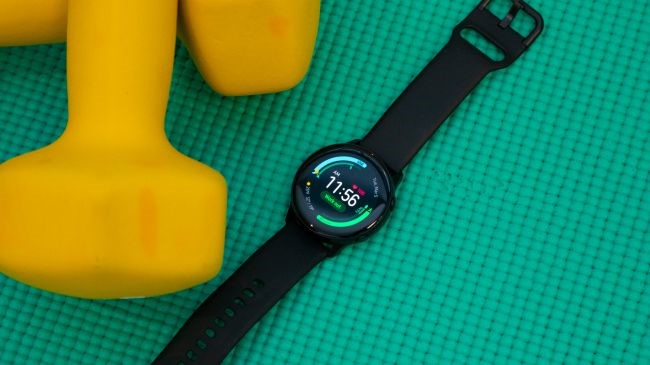 Following are just rumors, what to expect from the new watch;

There is already a scheduled event (known as the unpacked event) on August 7 in New York City at the Barclays Center in Brooklyn. One thing is for sure that on august 7 the Samsung Note 10 is going to be released. Samsung hardly launces just a single product during the unpacked event. It is worth noting that last year with the release of Samsung s10 and Samsung galaxy fold The Galaxy Watch Active shared the stage. We can expect the release of watch active 2 on August 7.

The previous watch costs around $199, so according to rumors the new version is expected to start at that amount, too. Only time will tell if Samsung comes out with different models, with one offering LTE connectivity, that may fluctuate the price a bit. Which means the Galaxy Watch with LTE connectivity costs $50 more than the standard version that pairs with your phone over Bluetooth.

The Galaxy Watch Active 2 will probably retain many of the features from the first version, including enough water resistance for swim tracking, heart rate tracking, wireless charging and Spotify playlist storage. But there are a few changes planned to make the new version of its watch more attractive. Such as ECG heart monitoring: Like the Apple Watch Series 4, the Galaxy Watch Active 2 will include an electrocardiogram monitor, LTE connectivity:  including two types of models one that pairs with a phone over Bluetooth just like the current model and one that features its own cellular connection. As far as the size is concerned The Galaxy Watch Active currently comes in a single 40mm version.

Mati
Mati-Ullah is the Online Editor For DND. He is the real man to handle the team around the Country and get news from them and provide to you instantly.
Share
Facebook
Twitter
Pinterest
WhatsApp
Previous articleInstagram flexes muscles against hate speech and illicit material
Next articlePM Imran Khan arrived in Washington on a passenger flight of Qatar Airways