After the huge success of Samsung’s Galaxy and Note series, Samsung introduced the A-series as an affordable option for Android users. It also went well and customers responded favourably. Now, Samsung has planned to launch an M series to the market which will please the customers with its price range and features. Samsung is all set to launch its new Samsung Galaxy M33. The release is going to be in this week in an official launch in Vietnam. 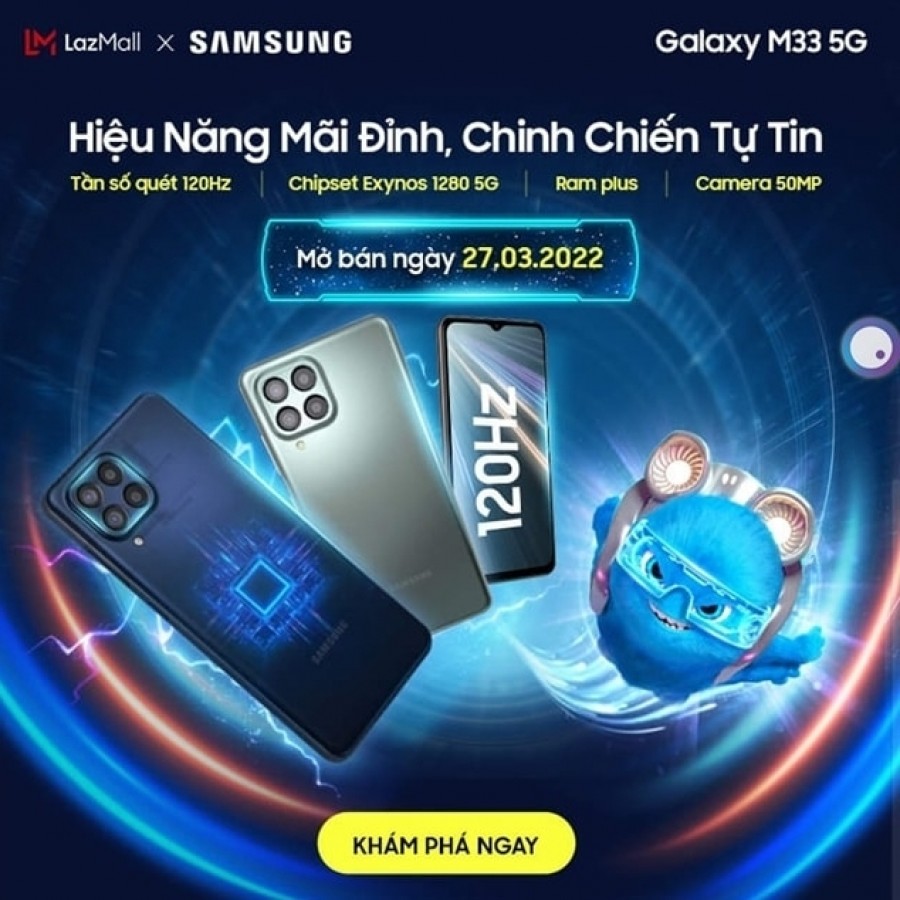 An official poster came out which highlighted a few things about the new model. The teaser poster announced the design, basic features and the launch date. According to the sources, the Samsung Galaxy M33 release date is 27th March 2022 as its first official launch.

This upcoming model will have 5G connectivity ability. Additionally, there will be a mid-range SoC, named Exynos 1280 integrated with Qualcomm’s Snapdragon 700 line-up. Moreover, you will get a 120Hz AMOLED display, RAM extension option, and a 50 MP camera. These are some of the features mentioned in the teaser. In terms of the price range, Samsung will probably not charge more than $300-$400.

At such a price range, the aforementioned features are too reliable to get your hands on. But, there are no official announcements about the Samsung Galaxy M33 release date in Pakistan. So, we need to wait. 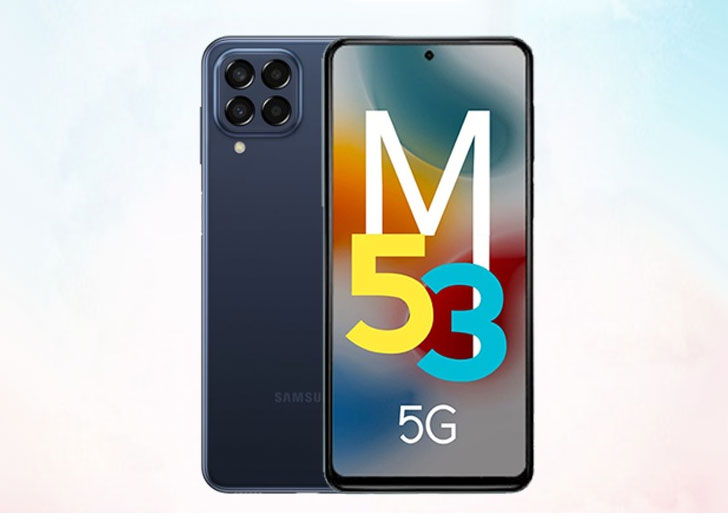 Along with Galaxy M33, Samsung is bringing another M series phone to the market. There are just unofficial rumours about the upcoming M53. M53 will be powered by Dimesity 900 chip. You will get a 120HZ AMOLED Display to have a better video streaming and gaming experience. M53 is likely to be a camera phone because of the amazing camera specifications.

There will be a total of 4 cameras. Given that, M53 will have a 108MP main camera. Another one will be an 8MP ultra shooter camera supported by dual 2MP lenses. These additional cameras will help to capture wide-angle pictures. The selfie camera will be 32 MP to capture clear and momentous pictures.

Samsung Galaxy M53 will work on Android 12’s One UI 4.1 version. The phone will support 25W fast charging with a 5000mAh battery. But, you will not get a fast-charging supporting charger in the retail box.