Humayun Saeed's younger brother, Salman Saeed has got married. Check out these pictures!

Humayun Saeed’s younger brother, Salman Saeed ties the knot for the new beginning of life. The pictures of the star-studded event have been making rounds over the internet as the couple united in a private ceremony in Lahore. Here we have got the details as well as pictures from the wedding eve. Take a look!

Salman Saeed is the younger brother of the most famed actor, Humayun Saeed. He is the same way brilliant actor as that of his brother Humayun.

Salman has got married on Friday night in a private ceremony in a hotel in Lahore. The topnotch celebrities like Adnan Siddiqui, Wasay Chaudhry, Imran Ashraf, Ahmad Ali Butt, and others attended the wedding reception. Cricketer Azhar Ali also showed up on this occasion. Here we have got some of the clicks from Salman’s wedding. 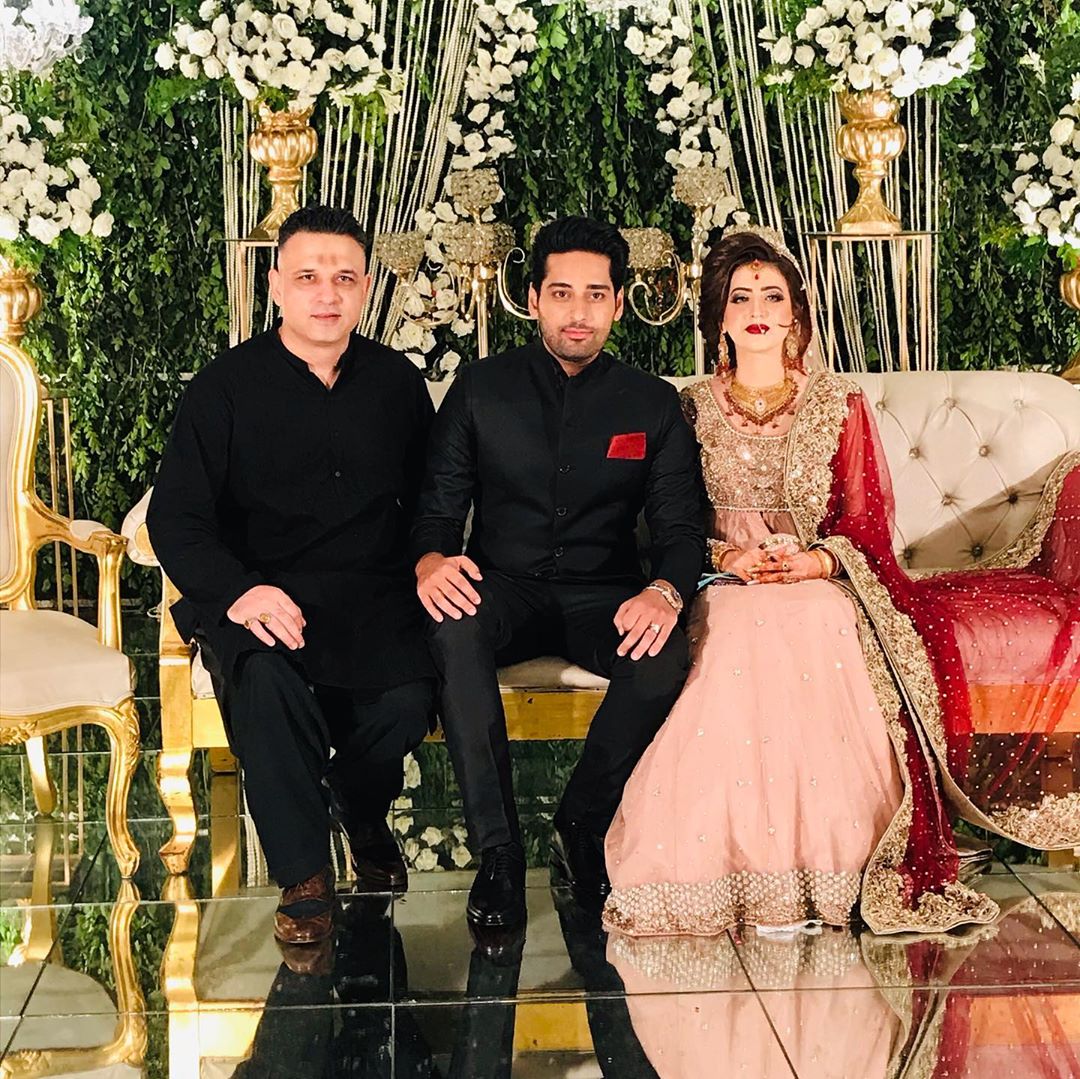 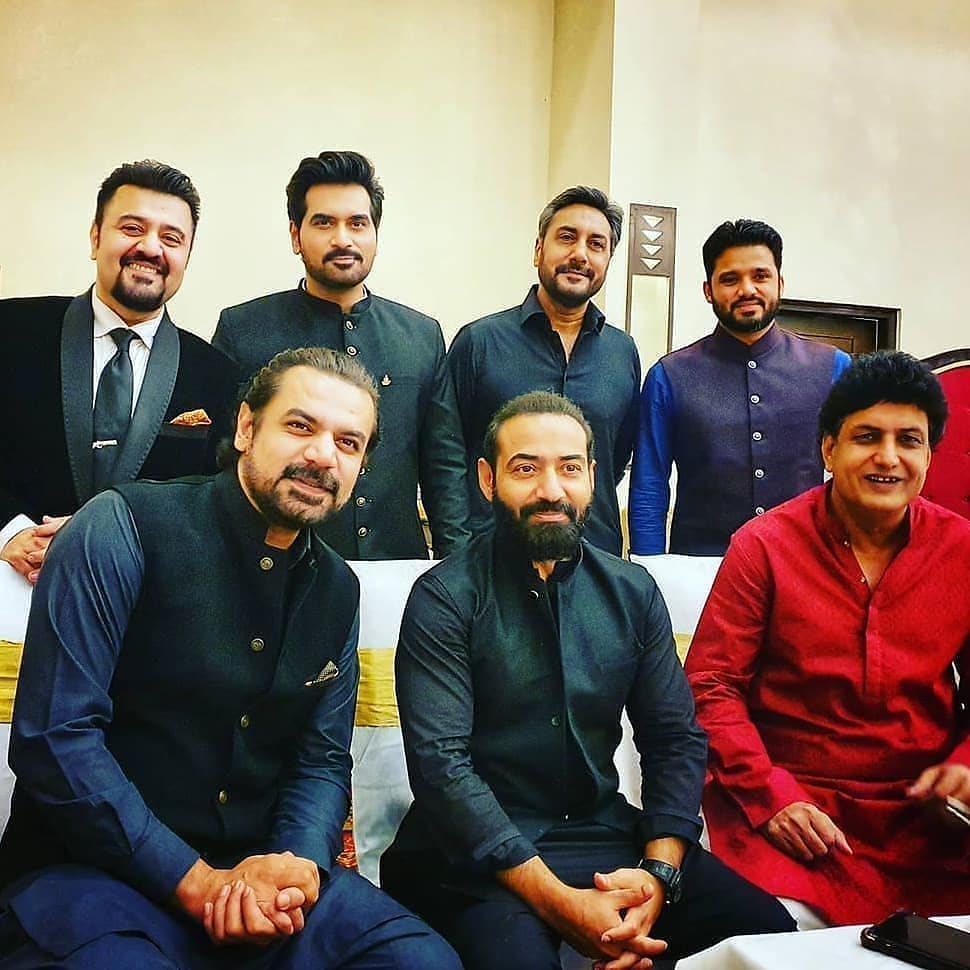 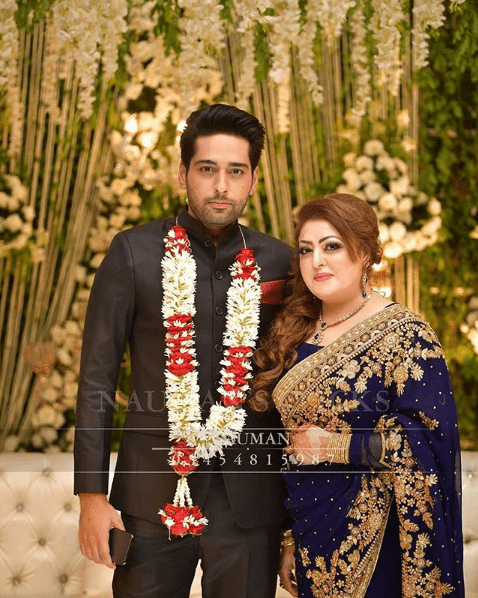 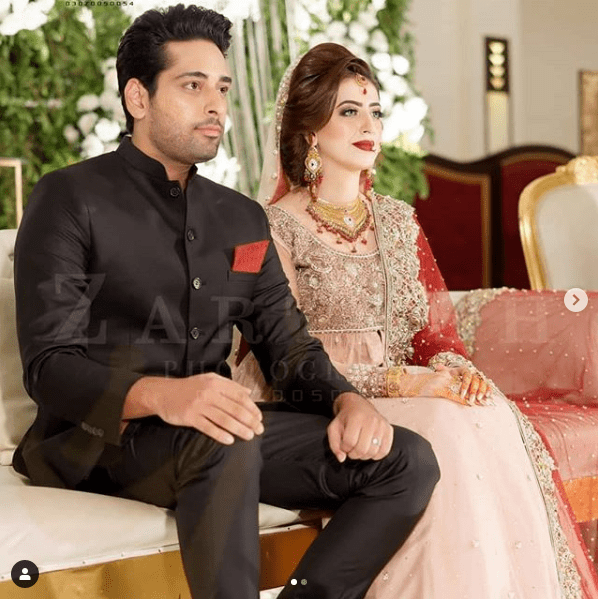 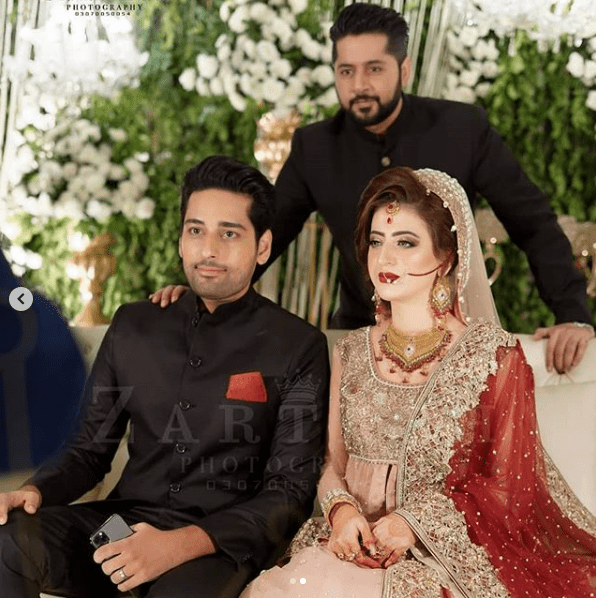 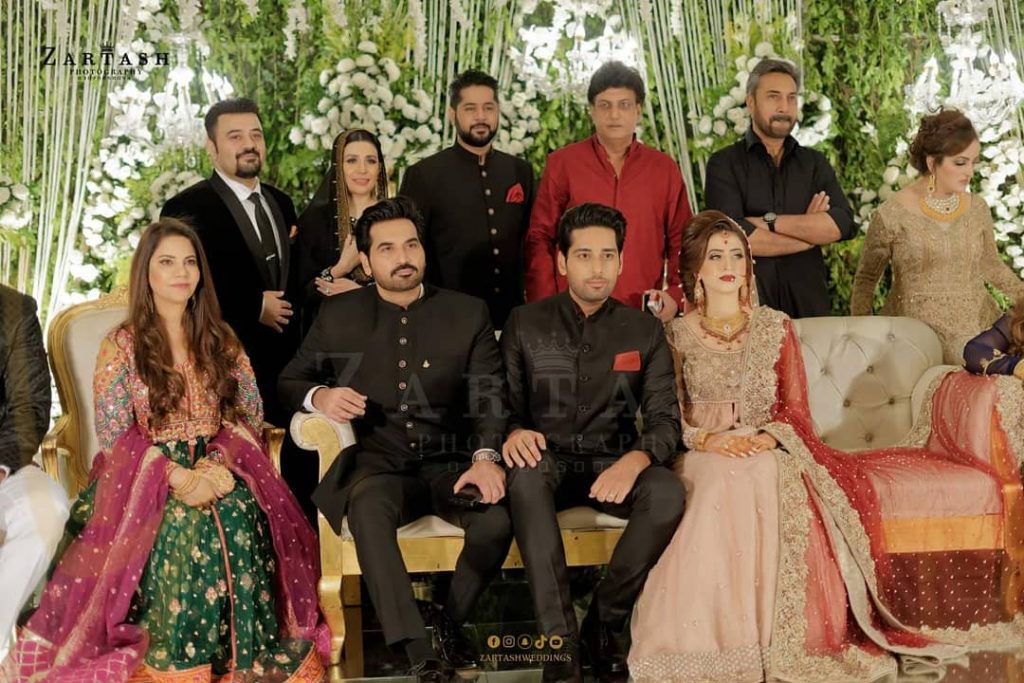 The couple looked adorable in a perfect contrasting combination of wedding wears. Salman was wearing an all-black attire whereas the bride was donning a traditional red and pink dress.

As per the details, the wedding took place at a local hotel in Lahore where noteworthy celebrities showed up.

Here is the video of how Salman Saeed made baraat entrance along with his friends and family members.

Salman Saeed is the youngest brother of actor and director, Humayun Saeed. Salman is a talented actor as he has recently gained appreciation for his role in Mera Dil Mera Dushman. He has mostly worked in strong negative roles for different dramas. His other projects include Tum Miley, Yeh Shadi Nahi Hosakti, and Khudgharz.

Salman Saeed is one of the five brothers. The names of Humayun Saeed’s other brothers are Amir Saeed, Adnan Saeed, and Babar Saeed. Although they belong to a liberal and talented Punjabi family however, not all of them belong to the acting field.

Among these brothers, Humayun touched the peak of fame with drama serial Mere Paas Tum Ho and now Salman is gaining praise for his work. We hope to see Salman at the same level of brilliance too in near future as that of his brother.

Wardah Farooqi
Wardah Farooqi has been working as a writer for 6 years. She also worked at Dunya News, Live Pakistan Magazine, and numerous local as well as international platforms. When she isn't writing, you can find her assisting people in bringing out the best!
Share
Facebook
Twitter
Pinterest
WhatsApp
Previous articleNimra Khan and Husband Rumored to Part Ways – What’s the Reality?
Next articlePakistan condemns Armenian aggression against Azerbaijan