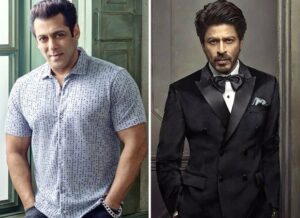 Shah Rukh Khan will finally return to the screens after two years. The two biggest stars of Bollywood Salman Khan and Shah Rukh Khan may have had their rough patch, but over the years they became good friends. The two actors made cameo appearances in each other’s films a lot of times. Shah Rukh Khan did a cameo for Salman Khan’s 2017 film Tubelight while Salman Khan returned the favor by appearing in SRK’s 2018 film Zero.

Now finally the king of Bollywood Shah Rukh Khan is preparing to make a comeback on screen after two years with Siddharth Anand’s film Pathan. This comeback will also see him and Salman Khan sharing screen once again. Even though Salman Khan is busy as his own film Tiger 3 is being shot but still he did not say no to SRK.

He will have an extended special appearance in the film. The actor will be reprising his role as Tiger from the Ek Tha Tiger franchise. Salman will be shooting for 12 days post which he will start shooting for Tiger 3. Both Pathan and Tiger 3 are being produced by Yash Raj Films.

However, this is not the first time Bollywood will be seeing a crossover. In Rohit Shetty’s 2018 film Simmba starring Ranveer Singh, Ajay Devgn made a special appearance as Singham. The film also introduced Akshay Kumar’s character Veer Sooryavanshi. Shetty’s film Sooryavanshi which is awaiting release will bring together Simmba and Singham along with Veer Sooryavanshi.

Pathan goes on floors at the end of this month. This will be the first film of Shah Rukh Khan as a lead which he will shoot after almost 2½ years. It will be helmed by Siddharth Anand who also directed 2019’s biggest grosser, War. The film also stars John Abraham and Deepika Padukone.