Government of Pakistan
By Mati
November 15, 2022

BUCHAREST, Romania: The Federal Minister for Overseas Pakistanis and Human Resource Development Sajid Hussain Turi held a meeting with the Minister for Labour and Social Solidarity of Romania Marius-Constantin Budăi in Bucharest on Tuesday.

Sajid Hussain Turi is currently on a 10-day official to Switzerland, Romania, Greece and Portugal. 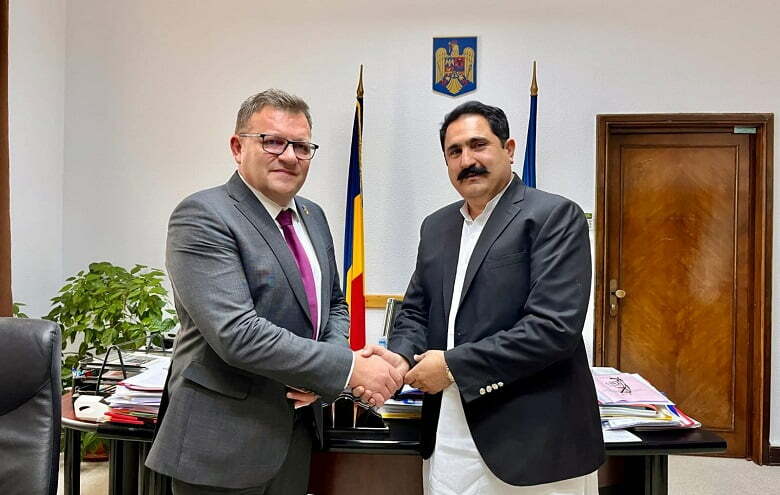 Both sides also agreed to work for the early signing of a Memorandum of Understanding (MoU) on Labour Mobility Partnership, the draft of which is under consideration between Pakistan and Romania.

The federal minister felicitated the Romanian nation in advance on occasion of Romanian National Day on December 1.