BiographySahil Adeem Biography And Why Is He Banned?
Biography
By Duaa Naeem
January 11, 2023
Advertisement Who is Sahil Adeem? 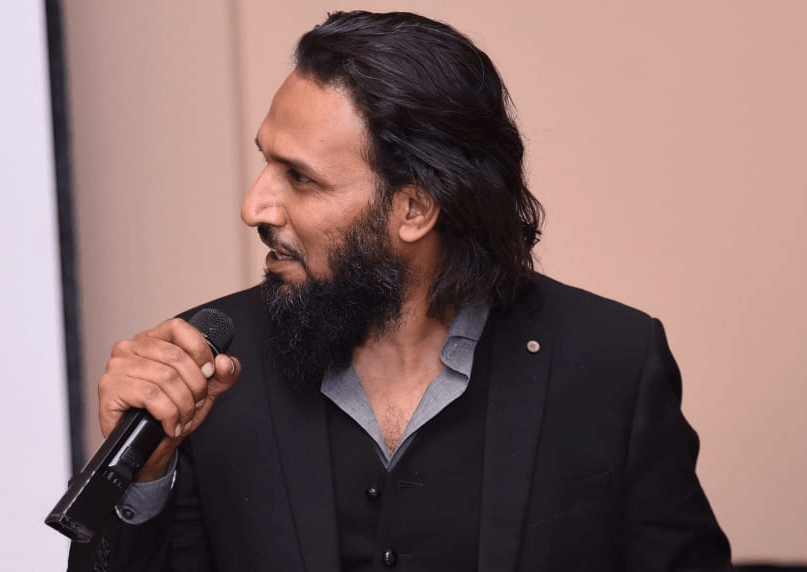 In Pakistan, a majority of people turn to religious scholars to get preaching about their religion. Currently, motivational speakers are also taking over this responsibility to change the mindsets of people. Sahil Adeem is also one of the motivational speakers who has a vast knowledge about social, political, religious, and economic ways of life.

He recently got banned from speaking in public universities. However, people have multiple views regarding him. Some support him while others criticize him for his controversial speeches.


He was born on 10 October 1984. Sahil Adeem is going to be 38 years old in 2023. He has made a huge fan following among the youth because of his revolutionary mindset.

Sahil is the son of a famous Pakistani playwright and poet, Adeem Hashmi. He has three brothers and one sister. He is married.

According to his speeches, Adeem seems to be very intelligent. However, he has not disclosed his domain of education to the public. He completed his graduation from Toronto Metropolitan University and The University of Chicago. Sahil also holds Six Sigma Green Belt certification. He also possesses ISO certification as a quality auditor. Sahil Adeem is a behavioural trainer and a public speaker who lays forward opinions on many worldly and religious topics. He works in the Pakistan Women Development Society as a counsellor. He started his career in March 2016 with SZABIST.

Adeem is also the CEO of a company, Source Code. It is a training company that aims to Raise The Standards Of Thinking. Its purpose is to reset the vision of youth and make them realize the meaning and purpose of life as Allah defines. Adeem is also a behavioural psychologist. He operates on social media, where he has a lot of fans and followers.

Along with his oratory and counselling works, he also develops strategies and provides consulting to help businesses globally. He has worked with many companies in Canada, America, Dubai, Pakistan, and Denmark. He began his career at Bell, Canada, Toronto in April 2003 as a Training and Development Manager. Telenor, Bell Canada, China Mobile, SMT, Ames, AnePoint, and various organization stations have taken the help of his strategic consultancy.

Why Did He Got Banned?

Recently Sahil Adeem got banned from speaking at public universities. He is very outspoken in his speeches. Additionally, he has refused to submit an apology. He stated, ” I am assuming that you’ve confused me with some ‘motivational speaker you’re used to listening to’ which you call in your castles to amuse yourselves. I was born a free man and I bow only to my Lord who created me to speak the truth The only thing I’m sorry for is how low our standards of thought are and the plight of my people who cannot see it and vote for people like”you.”

However, many of the netizens show support for him. They call him revolutionary and brave, who can stand for the right and has a profound knowledge of the world. Other netizens find him too controversial for his vociferous political and religious opinions.