Drama serial Sabaat has set goals for other drama serials with a perfect ending!

The blockbuster drama serial Sabaat has finally got done with its last episode and surprisingly it turned out as the best wind-up. Usually, it happens that most of the dramas that keep the viewers connected with every moment of the story, their last episodes are more like a hasty thing. Unlikely, Sabaat has resolved all the conflicts of the drama story perfectly while making it an evergreen memory. Here we have got the five best things about the last episode of Sabaat that makes it an amazing drama serial.

The Way Miraal Meets Her Fate in Sabaat!

Everyone was wondering what will be the fate of Miraal as she was the one playing evil throughout. Whether it was about her own life or that of Hassan’s life, she always ruled over every situation. 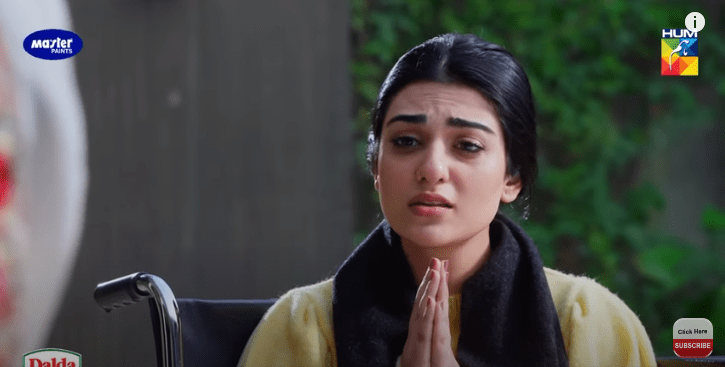 The last episode showed that when Miraal left the court after processing her divorce from Dr. Haaris, she was with her ex-fiance Ali. They left the court after a conversation encounter with Dr. Haaris and met the furious perilous accident on the way. As a result, Miraal got a spinal cord injury that made her paralyzed. 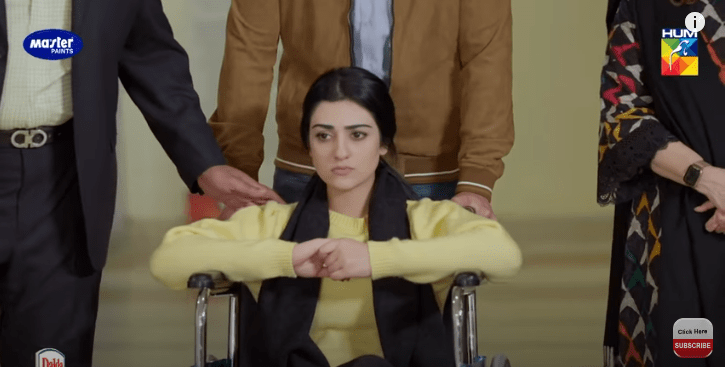 It was the turning point of Miraal’s life and entirely changed her attitude towards everything. During this journey, her husband Dr. Haaris stayed with her throughout.

As per the previous episode, Anaya’s new boss Yasir Qureshi offered Anaya a sort of a conditional promotion letter. This promotion had an underlying indirect proposal for Anaya, however, without any second thought, she bashed her boss in front of the staff and refused to accept any promotion. 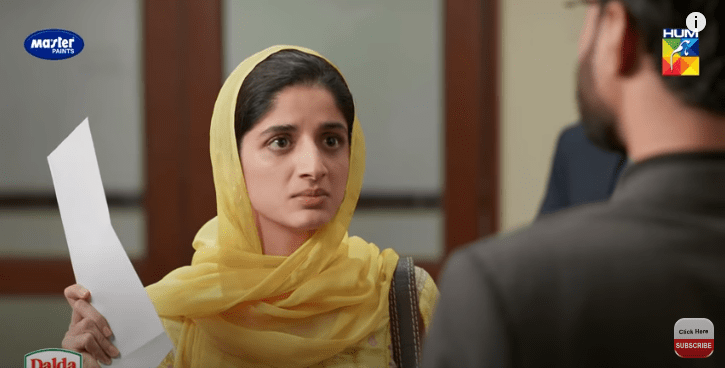 The dialogues were fantastic and Mawra Hocane played the character of Anaya so efficiently that made this scene worthwhile. Her strong expressions clearly conveyed a strict refusal to Yasir Qureshi’s offer. 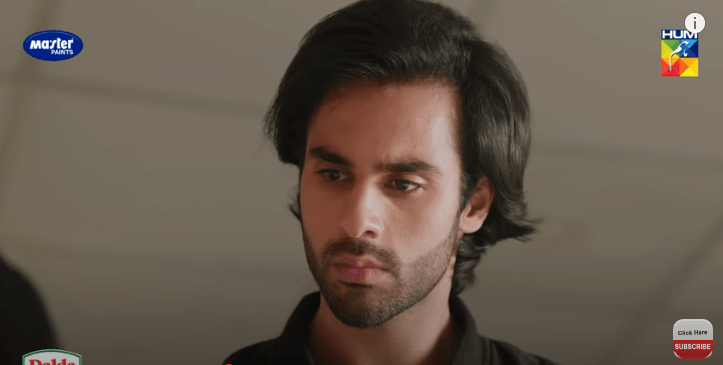 It was a shocking situation for Hassan as he wasn’t expecting that Miraal’s evil moves could even ruin his normal life. Furthermore, this scene also exposed Atif’s real face to Hassan and he was all in shock. 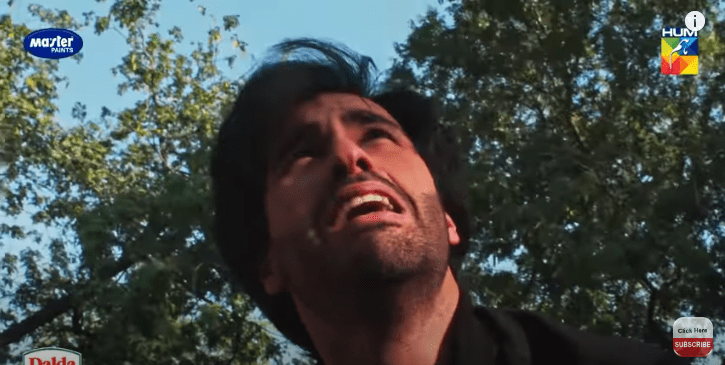 As Atif followed Hassan to clarify his situation, Hassan punched him with a full thrust that depicted the pain he has been through. All of Hassan’s expressions were loudly showing regret, pain, and feeling of loss.

When Anaya Opened Her Heart to Welcome Miraal at Home 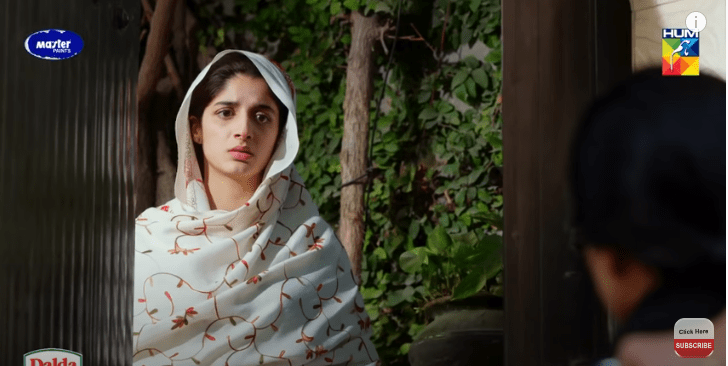 It must be the best scene of the drama that perfectly symbolized the acceptance with an open heart. After leaving the hospital, Miraal visited Anaya’s house with her mother. As soon as Anaya opened the small door of the gate, she was shocked to see Miraal and then was disturbed to observe that Miraal was in the wheelchair. 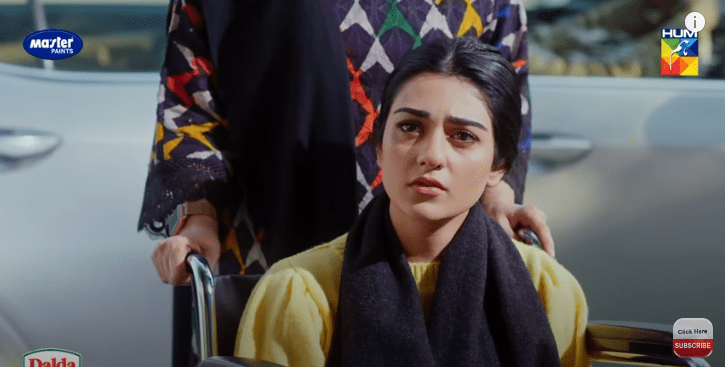 With an expressionless face, Anaya closed the small door that showed Miraal disappointed at first. However, she wasn’t aware that Anaya is a kind-hearted person for everyone and forgetting about everything, she opened the big gate to welcome Miraal and her mother. It symbolized that she basically opened her heart to welcome when Miraal was there to confess her mistakes.

The Portrayal of Forgiveness and Positivity in Sabaat 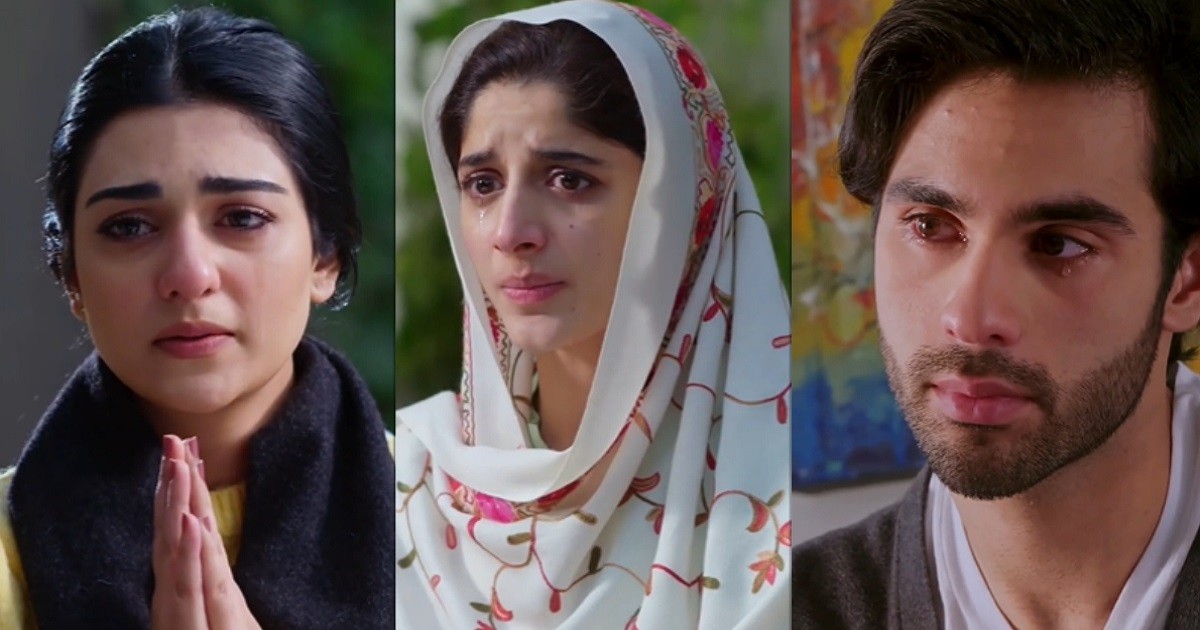 Another best thing about this drama that relates to its name is that the husband and wife’s conflicts have been resolved ultimately. It has given importance to the values of these important relationships. The focus was on the point that Allah loves those who forgive others. The story’s wind-up was a strong message to highlight the sense of forgiveness.

So, what are your views about the last episode of the drama serial Sabaat? Don’t forget to share your valuable feedback!