Saba Qamar Turns Up The Heat In Her New Photoshoot

Saba Qamar is literally good at everything she does. The actress has her charm and is the jack of all trades. From acting to mimicking, modeling to vlogging – she definitely knows how to do it all. Whenever we see her on-screen or on social media, there is something new that she adds to her long portfolio. Recently, she did a shoot for a local magazine called Niche and we are once again in awe of how she looks. 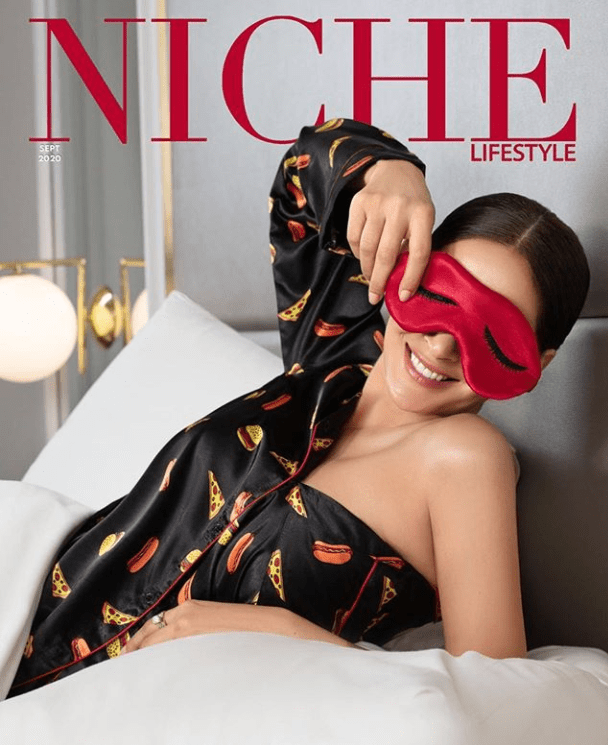 Saba recently did a lazy early morning shoot for a local magazine, and she has got all the feels. Clad in a nightdress and bathrobes, her sultry poses are to die for. The minimal makeup and the added accessories drop in oomph to the entire look. We see her dressed in a black nightdress, and white & cream bathrobes.

Here are the pictures of the shoot: 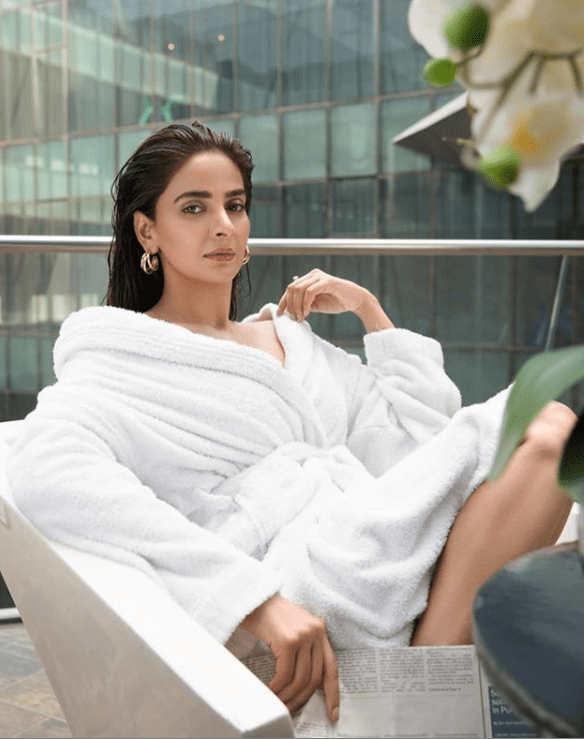 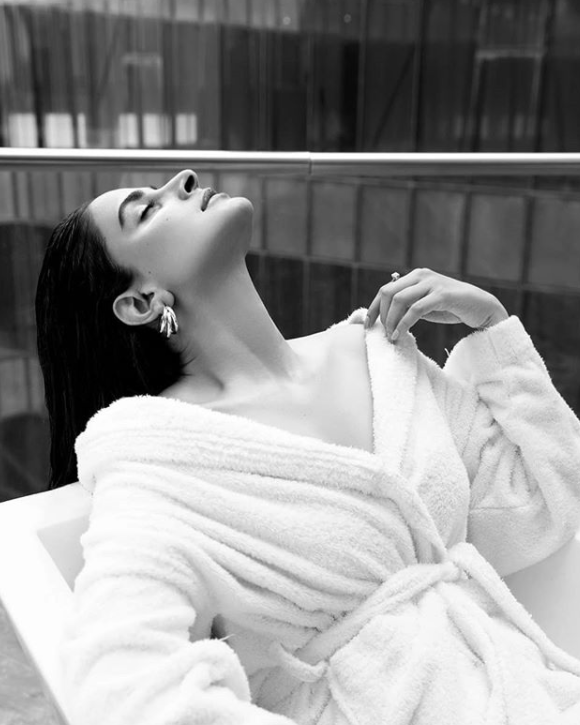 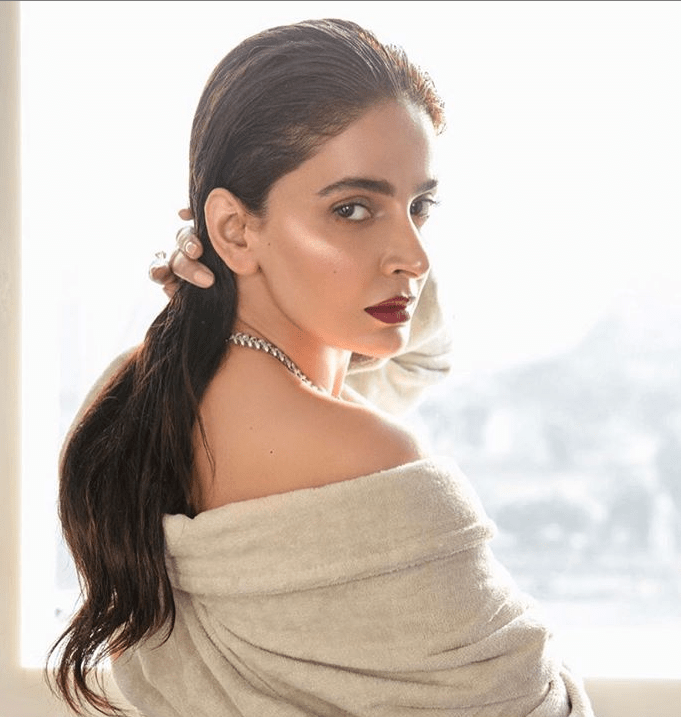 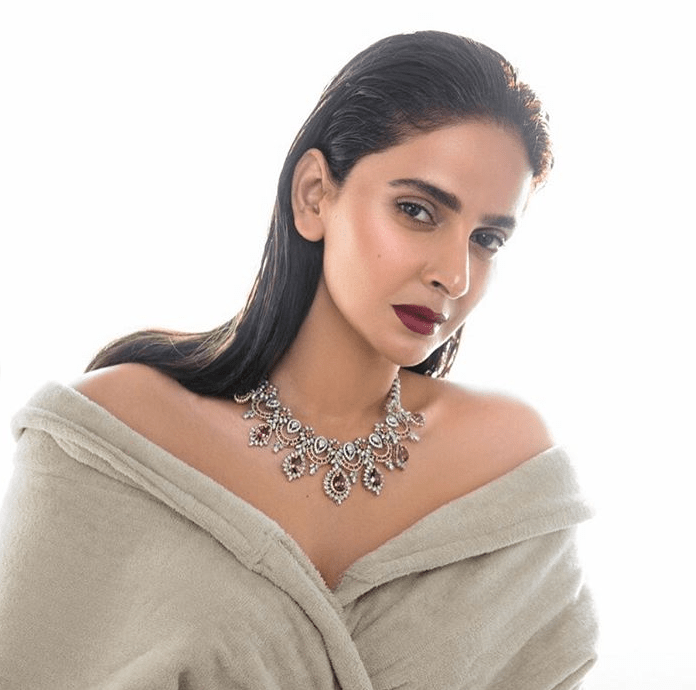 She also took out a picture from the shoot and posted it on her Instagram account. Another picture, another steal-worthy look, Saba knows how to stun us all. Here is the picture she posted: 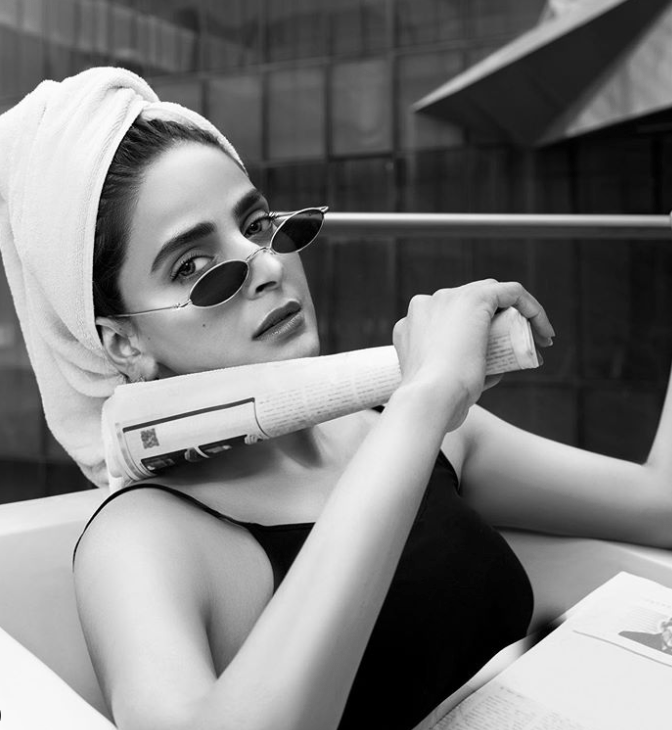 Here is her caption:

Who Did The Shoot?

As mentioned, Saba posed for Niche Pakistan magazine for their cover page and a detailed shoot inside. The photography was done by Alee Hassan Photography, makeup by Sunil MUA, and styling by Zahra Sarfaraz, who is a luxury brand strategist.

What Is Saba Qamar Up To These Days? 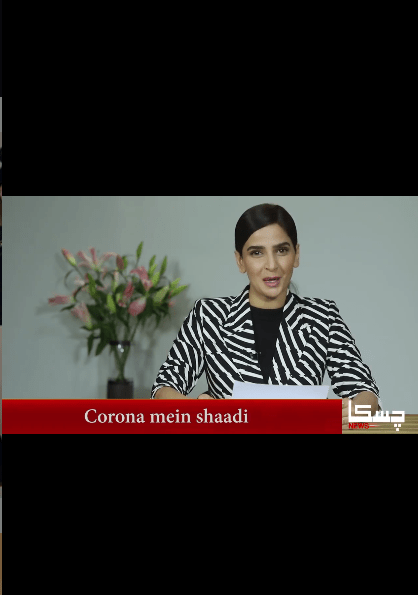 There has been a long time since we have seen Saba Qamar on our screens. She has given some back to back hit dramas but there has been a long screen silence for quite some time. Though we do not know which projects she is up to these days, we do know that her major focus has been on growing her YouTube channel.

She has been posting some superb content not just individually but in collaborations with multiple other artists as well. So, let’s see if after getting the 100K followers on YouTube she has another big goal or there is some other amazing on-screen project in the pipeline. Because we are waiting to see her on-screen for a long time now.

Kainaat Maqbool
A strategic and content marketeer, Kainaat has been working as a writer and content consultant for over 6 years. When she isn't writing or making marketing strategies, she is teaching people to do the same.
Share
Facebook
Twitter
Pinterest
WhatsApp
Previous articleEU Envoy hails Pakistan’s role in Afghan peace process
Next articlePakistan wins election to UN Committee for Programme and Coordination