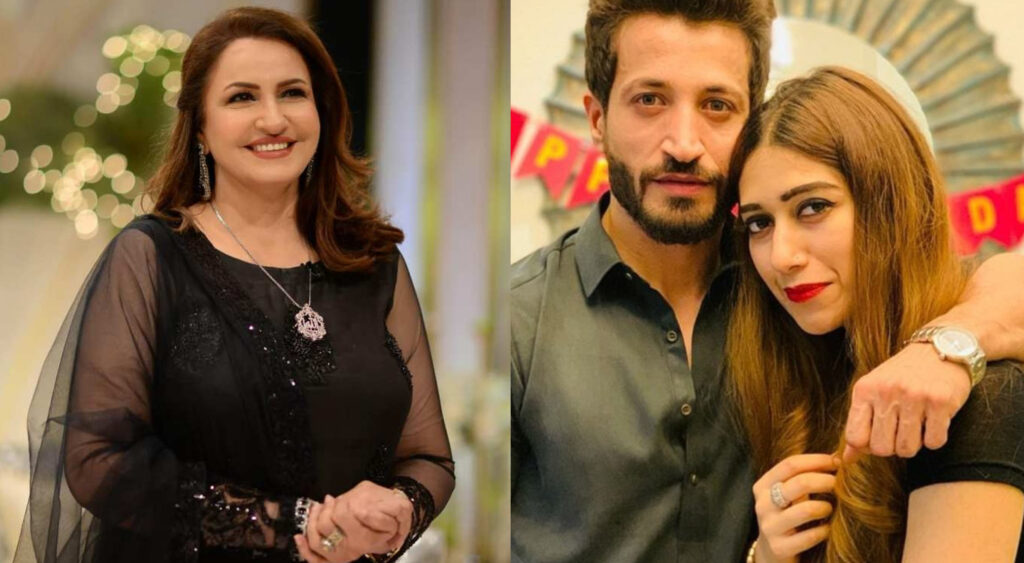 Saba Faisal is a veteran and beautiful actress oof Pakistan showbiz. She has given incredible performances in dramas and films. Saba has always shown a happy side in her professional and personal life. Four years earlier, she married her son, Salman Faisal to Neha Malik in a grand wedding ceremony. After all these years, Saba Faisal has decided to break ties with her son and his wife.

Salman Faisal’s wife, Neha Malik had been posting negatively about her husband’s family. However, Saba’s family chose silence over speaking about this topic. Saba Faisal is a big name in the industry and she did not want to stake her reputation. Many media houses have tried to comment on their family ties to which she remained silent. But, now she has revealed the truth about her private family life through a video message. In the video, she revealed that she disowns her son if he stays with his wife, Neha Malik.

She also called Neha a homewrecker because they have been tolerating her negative behaviour for four years. She told that she and her family had been going through the worst because of her. All the mental torment forced her to share this video message with the public.

In the video, she stated that she, her daughter, her son, and her husband disown, Salman Faisal and his wife from their family. The rift had been going on for quite a long time. Netizens suspected something wrong between the daughter-in-law and the in-laws. Neha had been posting negative posts but Saba’s family remained silent. Moreover, Saba did not even attend Salman and Neha’s son’s birthday party.


Saba Faisal claimed that these four years were problematic for her and her family. she urged the public to not make any prejudiced statements regarding her. She finally said that she has no relationship with Neha and her son if he chooses to stay with Neha.

To all this criticism, Salman Faisal requested the public to not comment or insult his wife. Arslan Faisal also came to the front page to defend his mother. He also wrote a long note on Instagram about his sister-in-law and her negativity. 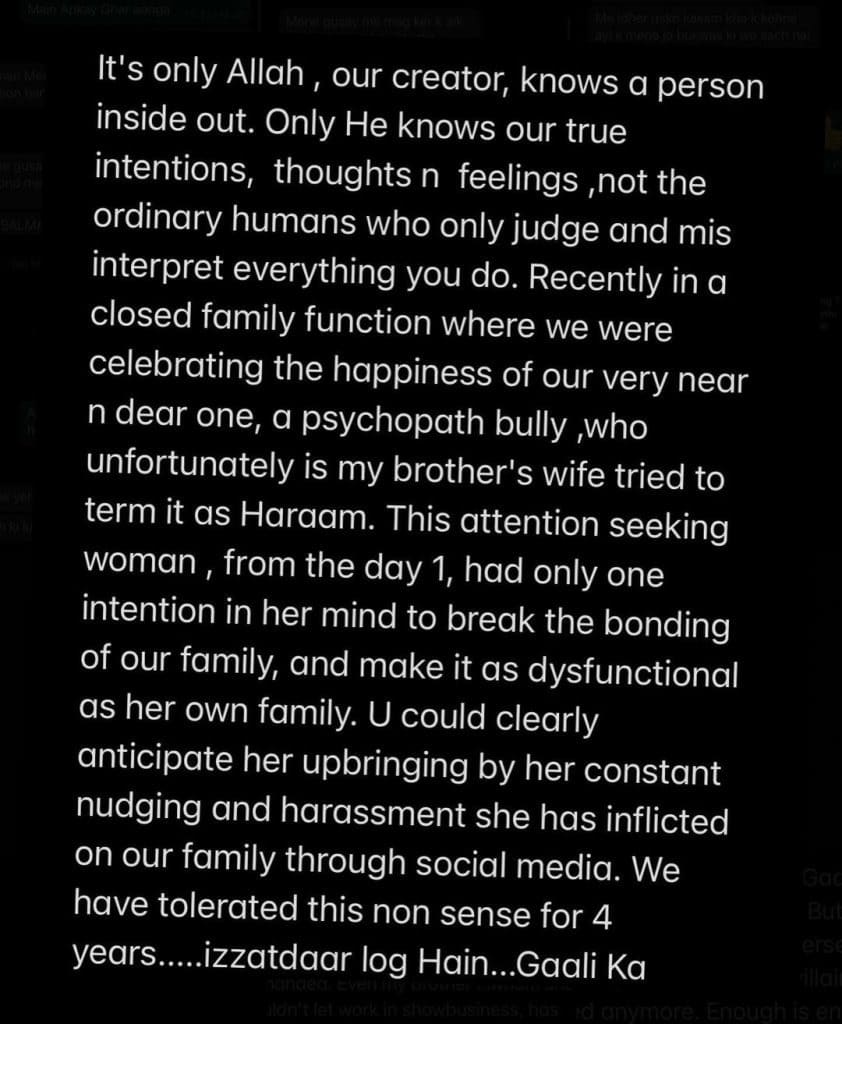 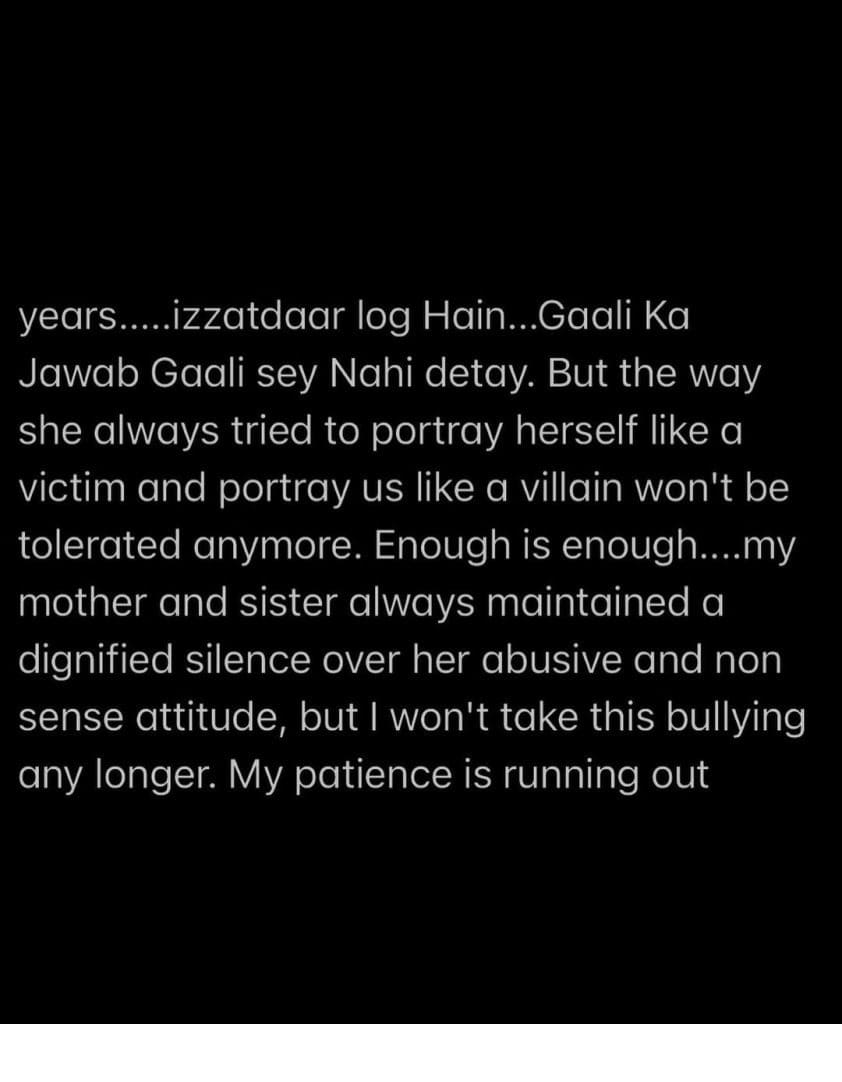 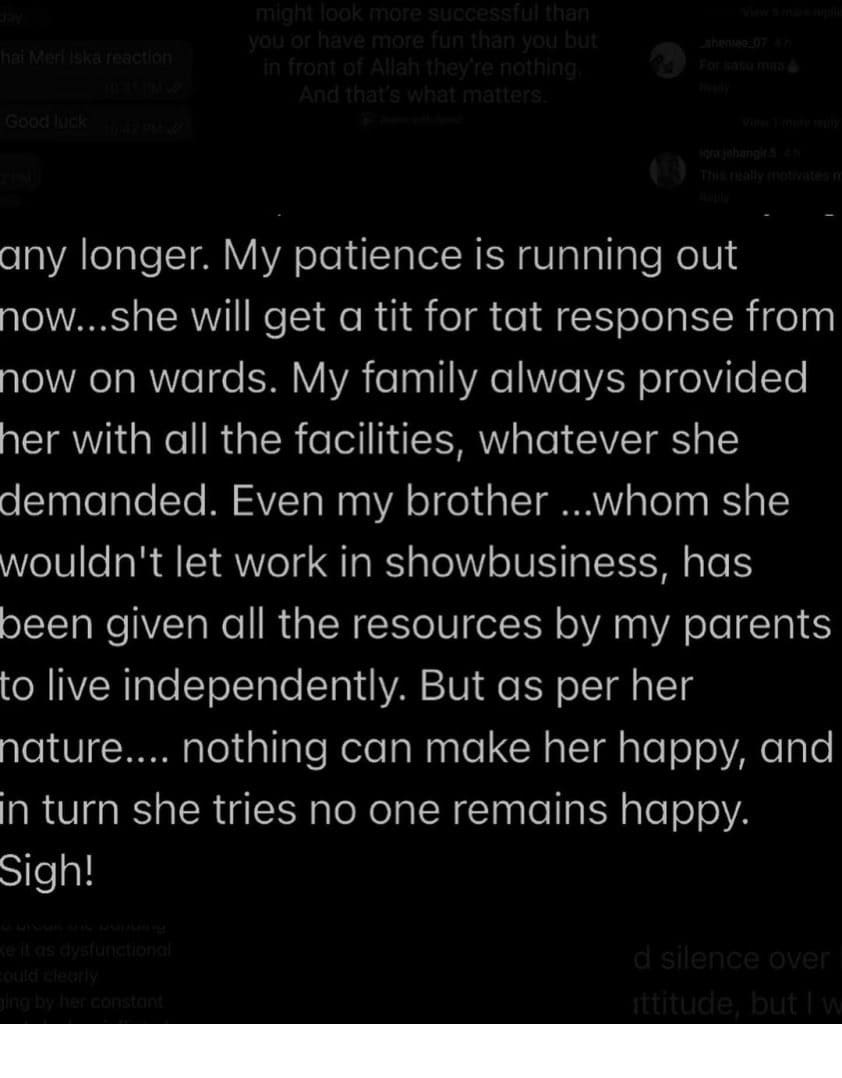 However, despite all this controversy, Neha Malik has been silent and she has also switched her account to private.