In a statement issued in Lahore, he said how come those politicians could realize problems of people who traveled in aeroplanes, helicopters and expensive cars.

Saad Rafique questioned who was responsible for public pain and increased cost of the project due to delay in the project. 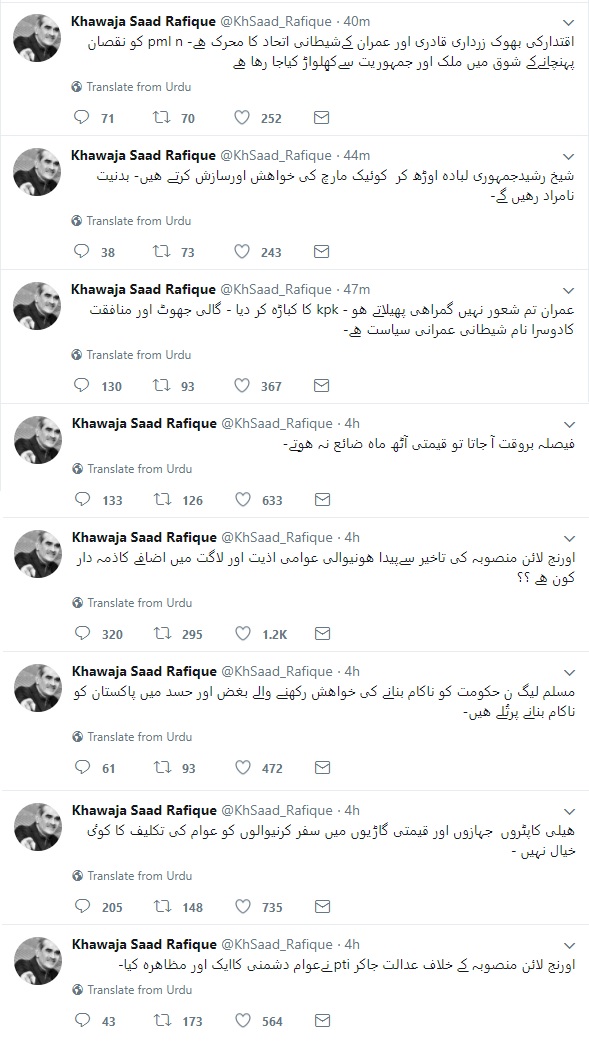 Earlier in the day, a five-member bench of the Supreme Court headed by Justice Ejaz Afzal Khan allowed the Pakistan Muslim League-Nawaz’s (PML-N) Punjab government to proceed ahead with the construction of Orange Line Train project in Lahore.

The Supreme Court set aside orders of the Lahore High Court (LHC) in the case, and approved the no objection certificates (NOCs) and permission letters issued by the competent authorities and the recommendations of experts relating to execution, mitigation and remedial measures required to be adopted by the executing agency.

However, the judgement requires the executing agencies to meet certain conditions including necessary arrangements to ensure that Lahore’s heritage sites remain stable and undamaged in all respects during the execution of the project.

Mati
Mati-Ullah is the Online Editor For DND. He is the real man to handle the team around the Country and get news from them and provide to you instantly.
Share
Facebook
Twitter
Pinterest
WhatsApp
Previous articleMuhammad Hafeez to travel England for bowling action assessment
Next articlePresident Mamnoon reiterates resolve to eliminate corruption