There’s been a lot of talk about how Russia’s decision to sell S-400s to India might negatively affect its incipient partnership with Pakistan, but such speculation reveals an improper understanding of these two Great Powers’ developing relations that recalls the outdated zero-sum mentality of the Old Cold War. 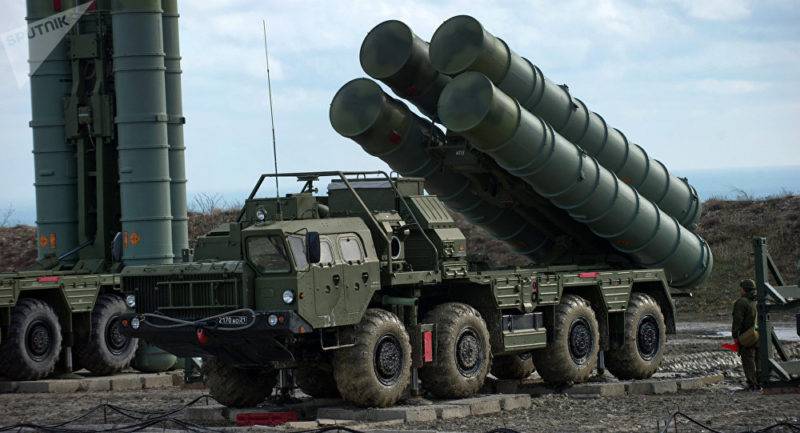 Russia’s decision to sell S-400s to India was met with concern by some Pakistani observers who worried that it might affect their country’s incipient partnership with Moscow, though this was later revealed to have been nothing more than speculation after the latest developments in their relations that occurred after that event. The joint anti-terrorist drills between the two Great Powers took place as planned, and their militaries later agreed to strengthen cooperation between their navies in early November. Around the same time, their two Prime Ministers met one another in China, where PM Khan invited his Russian counterpart Medvedev to visit Pakistan sometime in the future. Although it’s unclear when or even whether this will happen, an opportune moment would be if the memorandum of understanding on Rosneft’s possible construction of a $10 billion pipeline linking Iran, Pakistan, and India leads to anything tangible in this regard.

Seeing as how Russian-Pakistani relations clearly weren’t affected by Moscow’s S-400 agreement with New Delhi, the question naturally arises about why some people were worried in the first place. It can’t be known for sure, but it’s very likely that those observers inaccurately perceived this partnership through the outdated zero-sum lense of the Old Cold War when such a move would have undoubtedly caused a problem in their relations. The times have changed since then, however, and China’s win-win vision is the order of the day all across Eurasia. Russia and Pakistan understand that their relations with one another are strictly bilateral and aren’t aimed at any third party, even if others interpret them that way. This means that Pakistan accepts that Russian-Indian relations are independent of Islamabad’s ties with Moscow, just as Pakistani-American relations don’t have anything to do with Russia.

Having clarified that, Russia nevertheless agreed to sell India a formidable missile defense system that could upset the balance of power in South Asia, potentially to the point of imbuing India with enough confidence to undertake more aggressive conventional measures against Pakistan because of the expectation (whether correctly or not) that it’s capable of protecting itself from its adversary’s most likely responses. This might dangerously bring the region to the brink of war if that trend isn’t responsibly dealt with before then, though the fact remains that many Pakistani military analysts have remained calm and insisted that their country can still counter the S-400s through MIRVs (multiple independently targetable re-entry vehicles), cruise missiles, and the nuclear triad. Another factor to keep in mind is that Russia’s “military diplomacy” with India is encouraging an intensification of China’s own with Pakistan through the sale of state-of-the-art drones in response to the S-400s.

In their own way, Russian and Chinese arms shipments are retaining the balance of power in South Asia and attempting to control the disruptive influence that American exports are poised to have there in the coming future. For example, India has gradually reduced its purchase of Russian arms to the point that it was granted a waiver from the Trump Administration’s CAATSA sanctions for its S-400 deal because of its compliance with what the US mandated in its National Defense Authorization Act of 2019 in this respect. The US, “Israel”, and France have been chipping away at Russia’s previous market dominance in this sphere, which is why it’s so important for Russia to retain whatever influence it still can in India through big-ticket military deals like the S-400. Similarly, China commands a lot of influence in Pakistan through its own arms exports there, suggesting that any future Pakistani-Indian conflict might be a Chinese-American proxy war.

Interestingly, however, Russia is the only Great Power capable of “balancing” between both South Asian states, seeing as how there’s enormous potential for it to increase its weapons shipments to Pakistan to both financially but also strategically compensate for its progressive loss of market share in India. Seeing as how the S-400 deal was successfully signed, India wouldn’t have any serious grounds to suspect any “double-dealing” on Russia’s part if it pragmatically sells other sorts of military equipment to Pakistan in the future. In fact, military ties are expanding between Russia and Pakistan as their initial anti-terrorist cooperation slowly evolves and begins to take on conventional dimensions. More work can certainly be done in this sphere, but that’s precisely why it’s being prioritized at the moment, albeit at a pace that’s comfortable enough for both parties.  All told, it’s expected that Russian-Pakistan ties will strengthen after Moscow’s sale of S-400s to India, and that this will contribute to strategically stabilizing South Asia.

The author writes for this publication in a private capacity which is unrepresentative of anyone or any organization except for his own personal views. Nothing written by the author should ever be conflated with the editorial views or official positions of any other media outlet or institution.

Disclaimer:The views and opinions expressed in this article/Opinion/Comment are those of the author and do not necessarily reflect the official policy or position of the Dispatch News Desk (DND). Assumptions made within the analysis are not reflective of the position of Dispatch News Desk.