The Inter Services Public Relations (ISPR) said that during the meeting between the COAS and the Russian trade and industry minister, matters of mutual interest were discussed. 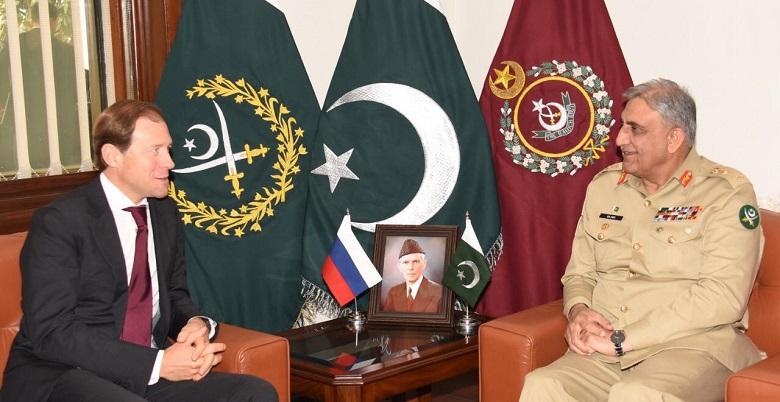 The IPSR said that both reiterated the desire to further enhance Pakistan-Russia bilateral relations for peace & stability and economic prosperity of the region.

Mati
Mati-Ullah is the Online Editor For DND. He is the real man to handle the team around the Country and get news from them and provide to you instantly.
Share
Facebook
Twitter
Pinterest
WhatsApp
Previous articlePakistan Bait-ul-Mal signs MoU with ABCTE for teachers’ capacity building
Next articlePakistan to initiate new phase in its relationship with Russia: PM Imran Khan