Russia thanks Pakistan for rescuing its Climber Alexander Gukov

ISLAMABAD, Pakistan: The Russian government on Tuesday conveyed deep gratitude to Pakistan for rescuing the Russian Climber Alexander Gukov (Александр Гуков) from high Latok Peak in Biafo Glacier in Northern areas, and lauded the professionalism of Pakistan Army for successfully carrying out this courageous operation.

Earlier in the morning in a daring heliborne operation, Pakistan Army rescued the Russian Climber Alexander Gukov, who was stranded at Latok-I peak in Gilgit-Baltistan since July 24, 2018. 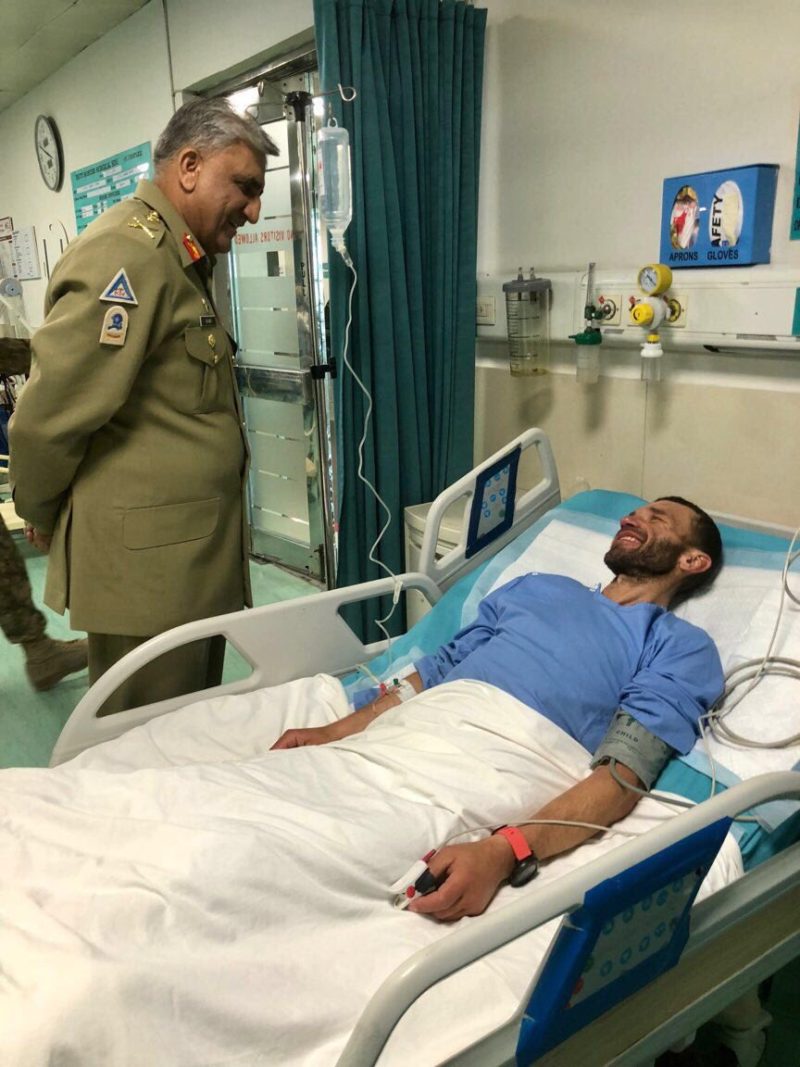 This was the 8th rescue attempt by Pakistan Army helicopters to recover the Russian Climber. Seven earlier attempts since July 26 were hampered by inclement weather and poor visibility.

Gukov and his Climbing partner Sergey Glazunov had been on an expedition to climb the Latok-I peak in Gilgit-Baltistan. The peak has never been successfully scaled. Glazunov lost his life while repelling from the mountain on July 25.