Monitoring Desk: A decommissioned Russian tank captured by Ukrainian Army as a war trophy has been displayed in Prague, reports the Prague Morning newspaper.

The exhibition will last until July 24, in Prague and a few other cities where destroyed technology will be exhibited. The machines will be on display on Letna. 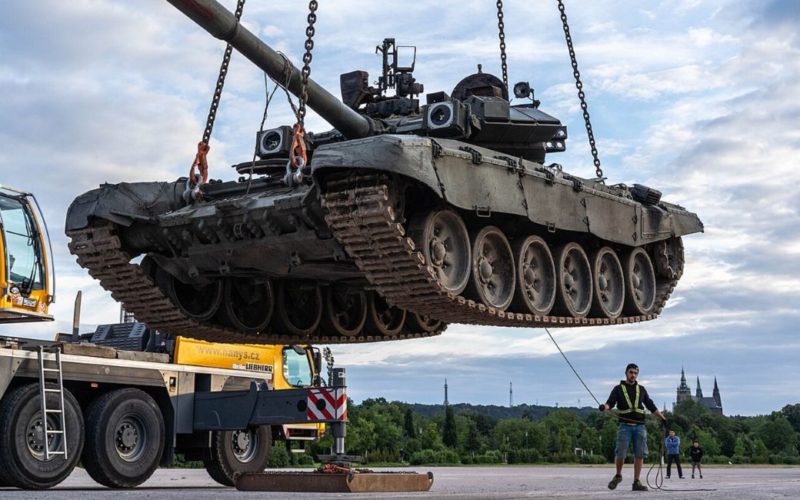 The exhibition will include, among others, the T-90 tank, the Šturm anti-tank system, the Buk anti-aircraft system and some of the more than 3,000 rockets and missiles fired by the Russian army at Ukrainian cities.

The exhibition of Russian weapons destroyed in the battles against Ukraine was already on display in the center of Warsaw’s Castle Square. The theme of the exhibition is a reminder of the horrors of war, but also that Russian aggression can be defeated.

The weapons on display fell into the hands of Ukrainian forces at the start of the war, which began with a Russian attack on February 24. Ukrainian Defense Minister Oleksiy Reznikov said that Ukraine wants to display destroyed Russian equipment in Warsaw, Berlin, Paris, Madrid and Lisbon. Later, however, other cities were to be added, such as Prague.

The exhibition is intended to keep the attention of the European public on the events on the Ukrainian battlefield, as over time the war is fading in many European countries from public awareness as people focus more and more on rising prices and the cost of living.