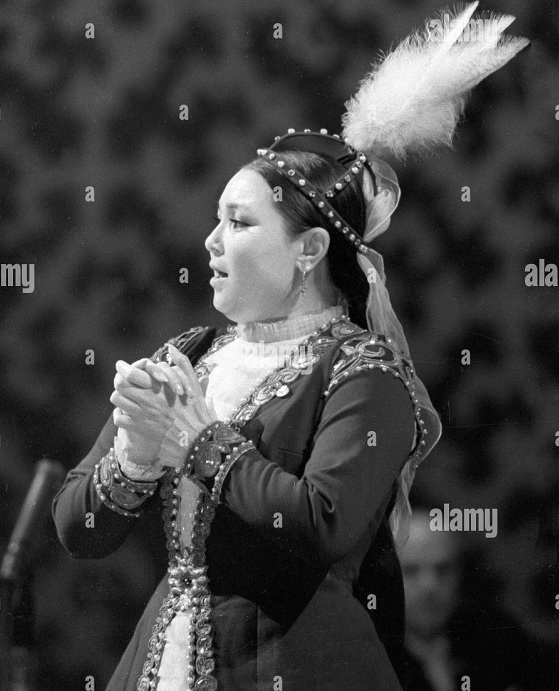 January 1, 2022, marked the 100th birthday anniversary of Roza Baglanova, a world-famous singer and People’s Artist of the Soviet Union, Kazakhstan and Kyrgyzstan.

The life and creativity of Roza Baglanova is an example of selfless service to the people, devotion to the stage and boundless respect for the audience.

The singer started her career at the State Women’s Song and Dance Ensemble of the Uzbek Philharmonic Society. She was later sent to the Moscow Conservatory, but when the Second World War broke out, she participated in the war together with the ensemble. As part of the brigade, she performed for the soldiers of the Red Army at the front: she sang in the dugouts, at railway stations, on tanks and even on the wings of aircrafts. During the Second World War, Roza Baglanova not only raised the fighting spirit of the soldiers with her creativity, but also proved to be a hero, helping to carry the soldiers away from the battlefield.

On May 9, 1945, Baglanova took part in the Victory concert in Berlin. For her contribution as a soldier the singer was awarded with many military awards, among which she especially valued two medals, presented by Marshals Ivan Konev and Konstantin Rokossovsky.

Roza Baglanova’s calling card was the song “Oh, Samara-town” from the repertoire of Lydia Ruslanova, who liked her performance as a beginner singer at that time.

After returning to the stage following the war, Roza Baglanova became the first Kazakh singer to gain nation-wide recognition in the USSR. Roza Baglanova’s repertoire includes works of world opera, folk songs of different countries and songs of modern composers.

Roza Baglanova also met with many prominent people: Stalin, Kim Il-sung, Mao Tse – Tung, Choibalsan , Nehru, Indira Gandhi, Khrushchev, Brezhnev and the heads of many states. During her stay in the Democratic People’s Republic of Korea as part of a government delegation, Kim Il-sung specially allocated his plane to Roza Baglanova and she toured the Republic for 10 days.

In India, the singer attended a reception hosted at Jawaharlal Nehru’s house, where she met with Indira and Rajiv Gandhi.

In 2021, television channel “Khabar” released a biographical feature program “Bulbul” about the life and work of the singer.

An autobiographical book of Roza Baglanova “Aynalayyn khalkymnan yerkeletken” (I am grateful to my people for coddling me) was published in 2007.

Many books and paintings were published about Roza Baglanova, and numerous poetic works were composed. Her name is included in the Anglo-American encyclopedia “Who is who” on par with such great women as Margaret Thatcher, Elizabeth Taylor, among others.

Film studio “Kazakhfilm” shot a documentary about Roza Baglanova “Our Rose”, which presents the great creative path of the singer.

She was awarded with numerous titles and awards for the popularization of Kazakh art.

On November 23, 2021, by the resolution of the 41st general conference of UNESCO, the Calendar of memorable dates for 2022-2023 was accepted, and by the recommendation of Kazakhstan with the support of Russia and Uzbekistan, the 100th anniversary of the singer Roza Baglanova was included in it. In order to preserve the memory of the outstanding Kazakh singer, several events have been planned in 2022 in Kazakhstan and abroad, as part of the celebration of her 100th anniversary.