Rise of China is an opportunity to build a sustainable economy

Less than a month after Joe Biden took office, the Atlantic Council think tank released a report titled “The longer Telegram: Toward a new American China strategy”. The purpose of the report is to convince the Biden administration to continue to exert maximum pressure on China and, in fact, to resurrect the Cold War strategy toward Beijing. The report defines the rise of China as “the most important challenge facing the United States and the democratic world in the 21st century”.

The claims of the Atlantic Council do not stand up to scrutiny. The rise of China should be viewed not as the most important problem for the United States or a threat to the democratic world, but as a good opportunity for close cooperation in the formation of a multipolar world, the creation of a community of the common destiny of mankind, wrote Seymur Mammadov in his article titled “Rise of China Is An Opportunity To Build A Sustainable Economy” published by China Daily.

The authors of the report are trying to expand the ideological differences and conflicts between China and the United States, to create an atmosphere of the Cold War between the two major powers that play a very significant role in the world economy. 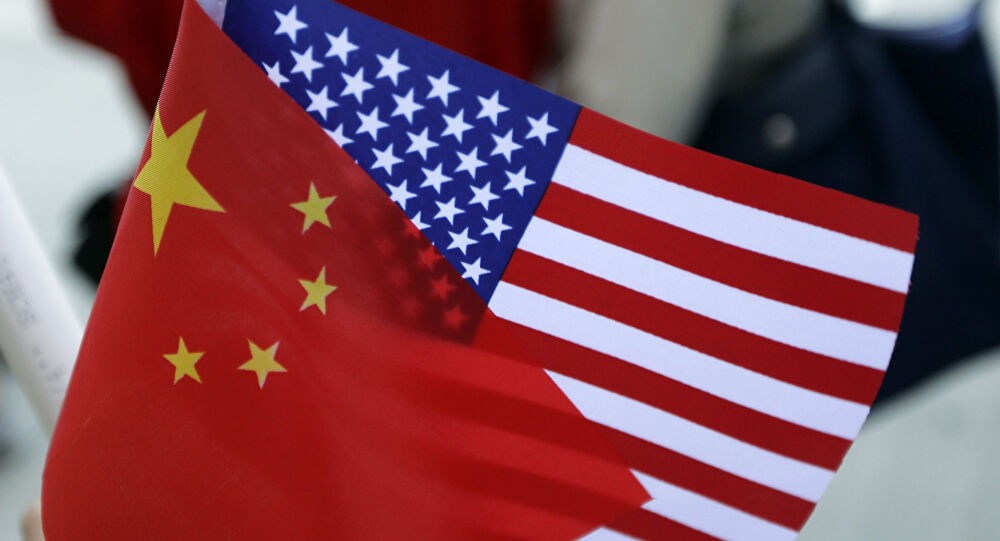 It is high time for the United States to understand that the world does not revolve only around them, that there is no longer a unipolar world that the Americans are claiming. Washington should abandon the Cold War thinking and start looking for ways to cooperate with China. This is the most sensible way to address the global challenges that all countries of the world are facing amid the spread of COVID-19.

In addition, any rhetoric should be at least based on grounded facts, and not replete with unfounded accusations. Calling the very factor of China’s growth and the attempt to influence the world with their political model led by the Chinese Communist Party as a threat, the authors of the report are overly carried away in building the image of the enemy, forgetting about the picture of reality. And they look at the situation from only one “ideological” angle. Through the same magnifying glass of perceptions and prejudices of the Cold War.

And the reality is that many of China’s positive innovations being introduced in various countries of the world are in fact aimed not at changing the “political system” in certain countries, but at building and creating active business models that can serve well to stabilize the business climate on the planet. Also, China is actively funding young economies in developing countries. And the role of China in this can hardly be overestimated.

Recall that back in May 2020, at the opening of the 73rd World Health Assembly, President Xi Jinping announced that China will provide $2 billion over two years to help with COVID-19 response and with economic and social development in affected countries. Thus, China became one of the first countries in the world to express its desire to invest its financial resources to combat the global pandemic and maintain the potential of the global economy. More specifically, China tried to mitigate the negative effect of the pandemic and help African countries by showing a global, open and friendly gesture – China signed agreements on the suspension of debt service with 12 African countries and wrote off matured interest-free loan for 15 African countries.

The Belt and Road Initiative is making an even more global contribution to the potential for world economic development. In Africa alone, 46 out of 55 countries have signed agreements with China on the Belt and Road Initiative. At the same time, the initiative itself is a unique proposal for the involved countries. The bottom line is the uniqueness of the offer – most of the investments in projects in different countries are made by China itself, giving the poor countries the opportunity to compensate these investments as a long-term loan.

For some developing countries, the BRI has become the only opportunity to modernize, and sometimes even create from scratch, their infrastructure, transport communications and social facilities. Thus, in a number of African countries, thanks to the initiative, new schools, hospitals, roads and railways were built, and this led to the development of poor African countries, providing employment for tens of thousands of jobs.

Therefore, we can confidently say the opposite – Washington, as well as organizations such as the Atlantic Council, completely ignore the promising benefits of China’s innovations in various economies of the world, which opens up new opportunities for the same business in the US and European countries. The bottom line is that by raising the economies of underdeveloped countries, China is pulling these countries to the level of real cooperation, and in a more or less cost-effective format for world business. And at this stage, the business circles of the United States and European countries are indeed acquiring new markets for sales and cooperation with an already more established infrastructure, communications, and human potential. And of course it is unreasonable to refuse such opportunities that China presents to the Western world.

One way or another, all the reproaches and accusations recently voiced against China are created against the background of the policy of far-fetched statements by the US political forces interested in this and have little to do with the real state of affairs. In this sense, China, perhaps earlier than other European countries, realized this truth – cooperation is always more beneficial than confronting each other. And the United States certainly needs to respond to these examples of humane political will and meaning.

The author is the director of the international experts’ club EurAsiaAz, and editor-in-chief of Azerbaijan’s news agency Vzglyad.az.

Mati
Mati-Ullah is the Online Editor For DND. He is the real man to handle the team around the Country and get news from them and provide to you instantly.
Share
Facebook
Twitter
Pinterest
WhatsApp
Previous articlePakistan records 1,008 new Coronavirus infections & 40 deaths
Next articleSenate Elections: Federal govt to respect Supreme Court’s guidance on Open Ballot issue: Qureshi