Rihanna Apologizes For Using Islamic Hadith in a Song For Lingerie Show!

Rihanna faced fierce criticism for her song, had a remix of an Islamic Hadith.

Rihanna has sparked the outrage in Muslim Community with the use of Islamic Hadith in the lingerie show. As per the details, Rihanna had come under fierce criticism for her song having a remix of an Islamic Hadith. The lingerie models danced on this song at a fashion show. The story went trending all the way on social media, specifically on Twitter. However, Rihanna has now apologized to the Muslim Community for her “unintentional yet offensive” mistake. Here we have got further details on this story! 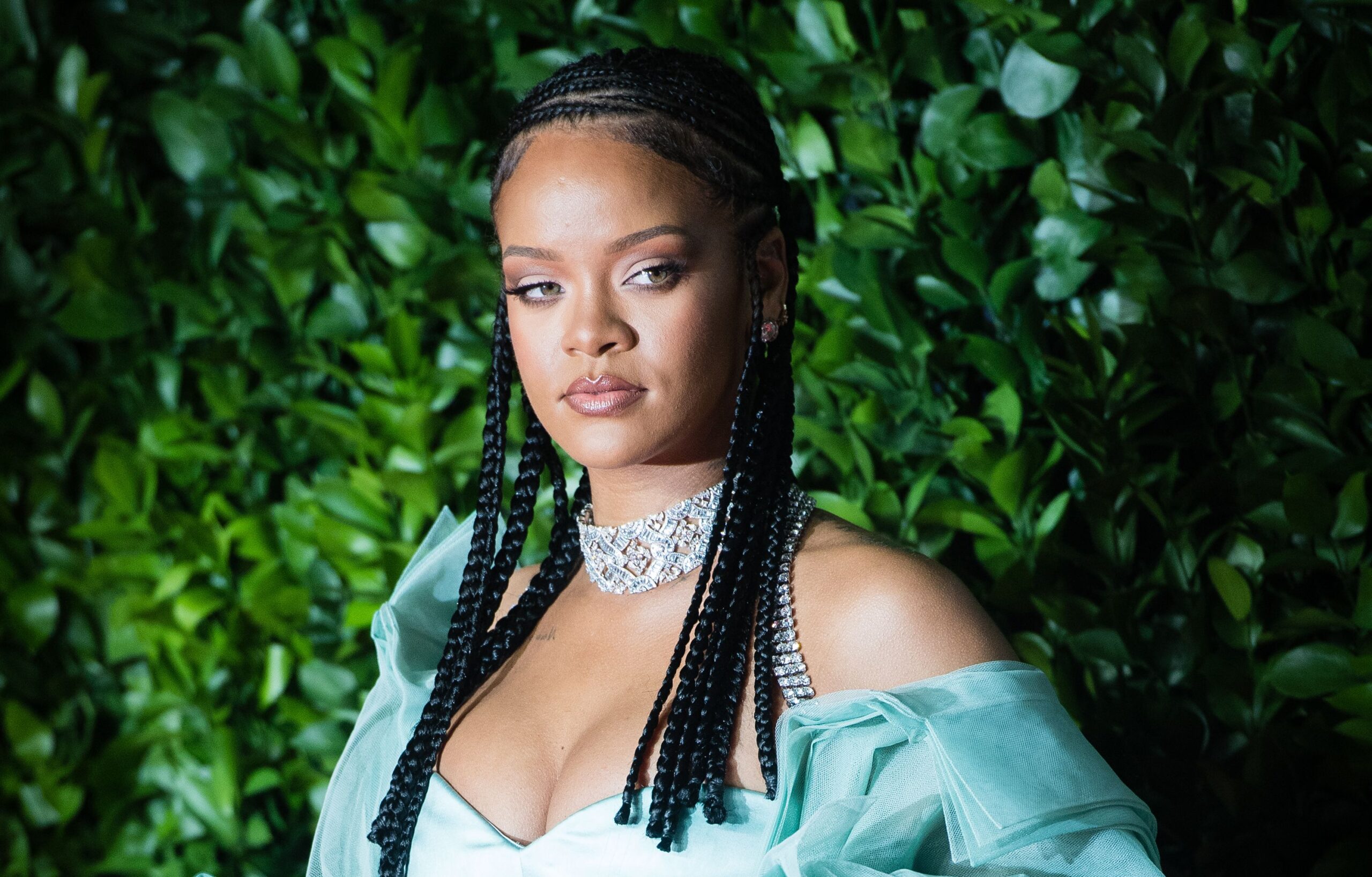 According to the details, Rihanna, who is a famous singer and now a designer, has faced an extreme backlash following remixing sacred Islamic Hadith in her song.

The models danced to this song in a lingerie show while provoking Muslims all over the world. Rihanna got under the accusation of disrespecting the religion of Islam.

How Does The Song “Doom” Get Noticed for Mistake?

As we know that social media users stay active to catch controversial things rotating online all the time, this time they noticed that in one segment of the show, models danced to a song called “Doom”. Coucou Chloe has produced this song who is based in London. The song contains a narration of an Islamic Hadith.

All the Muslims and non-Muslims took it to social media while criticizing Rihanna for the major mistake and accusing her of disrespecting Islam.

Here we have got some reaction tweets:

there’s really no way we can let this slide like a straight up HADITH???? rihanna baby you screwed up HARD pic.twitter.com/gxUOvtHGn5

as a muslim, no words can describe how disappointed i am with Rihanna for letting her models dance to hadith. Hadith are the sacred words of our prophet, you can't just use it for your lingerie show. disgusting and extremely disrespectful

So disturbing how rihanna and her team used a muslim hijabi girl in their fenty makeup line but cant even take the time to actually educate themselves on her religion! a line thats supposed to ”represent”diversity no less pic.twitter.com/2abXSbulF7

this isn’t even Rihanna’s first time to mock and disrespect the Islam & Muslim community, but some of yʼall still defending her. IʼM DISGUSTED. pic.twitter.com/ujQReI2jQt

One of the most famous actors of the Pakistan Showbiz Industry, Feroze Khan also reacted outrageously towards Rihanna’s song. Here is what he tweeted after noticing the remix of sacred Islamic Hadith in Rihanna’s song!

As soon as Rihanna apologized publicly for her mistake, Feroze Khan stepped forward to accept it and tweeted:

Here is How Rihanna Apologized to Muslims!

Rihanna issued an apology to the Muslim community on Tuesday. She faced an extreme backlash for using a recitation from Islam’s sacred hadith in a song for her lingerie show. Rihanna put it into words as:

“I’d like to thank the Muslim community for pointing out a huge oversight that was unintentionally offensive in our savage x fenty show,” Rihanna wrote in her Instagram Stories. “I would more importantly like to apologize to you for this honest, yet careless mistake.” 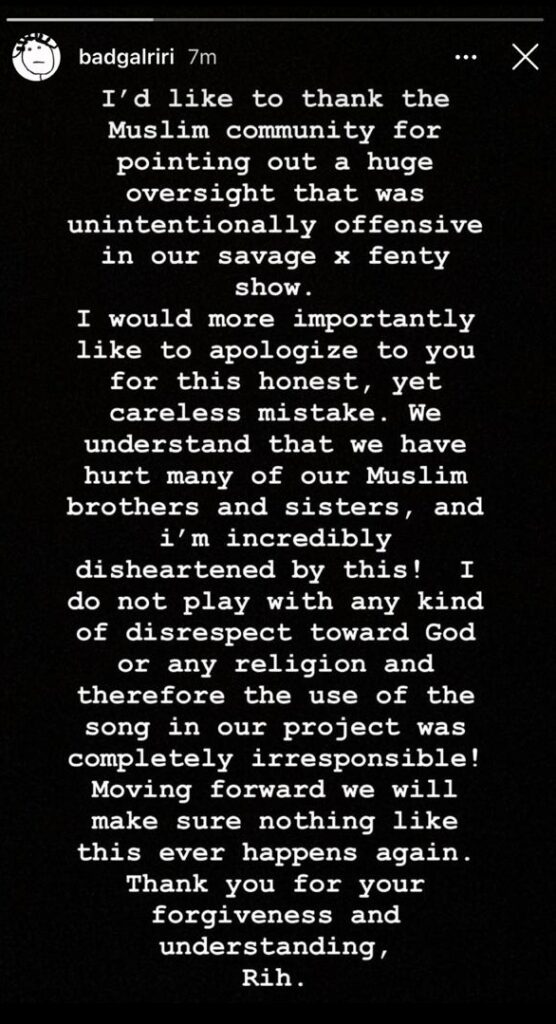 She posted this apology note on her Instagram account. Furthermore, the producer Coucou Chloe also tweeted to apologize while owning the mistake.

I want to deeply apologize for the offence caused by the vocal samples used in my song ‘DOOM'. The song was created using samples from Baile Funk tracks I found online. At the time, I was not aware that these samples used text from an Islamic Hadith. 1/2

What do you think about Rihanna’s apology for such a major and offensive mistake? Please share your feedback with us!

Wardah Farooqi
Wardah Farooqi has been working as a writer for 6 years. She also worked at Dunya News, Live Pakistan Magazine, and numerous local as well as international platforms. When she isn't writing, you can find her assisting people in bringing out the best!
Share
Facebook
Twitter
Pinterest
WhatsApp
Previous articleKP govt all set to declare scenic valleys Shakai and Badar as tourist destinations
Next articlePakistan, UAE FMs agree to promote bilateral economic and trade cooperation