Yes, we accept that Pakistan is a third world country but regardless of that, we do have some known richest personalities living in Pakistan or from Pakistan. Most of them are politicians, philanthropists, influencers, and businessmen. Here in this article, we are going to talk about the top 10 personalities who have made a name of themself in terms of their worth (financially). These top 10 are the richest men of Pakistan and their names are also called among the top 500 richest families of the world.

Yes, we accept that Pakistan is a third world country but regardless of that, we do have some known richest personalities living in Pakistan or from Pakistan. Most of them are politicians, philanthropists, influencers, and businessmen. Here in this article, we are going to talk about the top 10 personalities who have made a name of themself in terms of their worth (financially). These top 10 are the richest men of Pakistan and their names are also called among the top 500 richest families of the world. 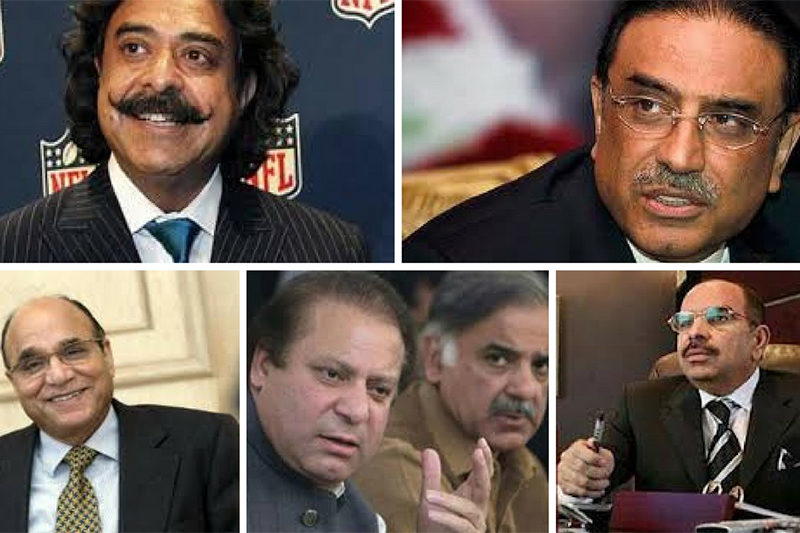 Despite the fact that Pakistani’s economy is trembling these days but the total net worth of these richest men remains untouched.

As per the GWI (Global Wealth Indexes), the total count of Pakistan’s elite-class wealth (assets minus debt) in 2018 was just 0.1 percent. 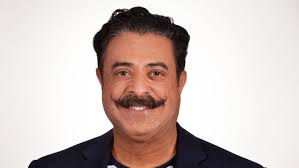 Shahid Khan made a fortune for himself by working hard. He is a living example for those who believe in hard work. His journey from a middle-class man to a Global Elite is well documented. He was born in 1950 and he has made his way up from washing dishes to owning a company like Jaguars. He started off with $1 per hour and now he has a net worth of $8.3 Billion.

in 1978, Shahid Khan started his own business by making car’s one-piece bumpers for customization of pickup trucks. That piece of engineering changes his life. Later on, he bought Flex-N-Gate Corporation where he worked as an engineering director. Now he has scaled that company to an extent where the company has 66 operational plants worldwide and over 24,000 employees.

Shahid Khan, the man of a strong will and a charismatic personality, jumped the stairs of success when he started his own business. In 1978, he started making car one-piece bumpers for customized pickup trucks and body shop repairs. 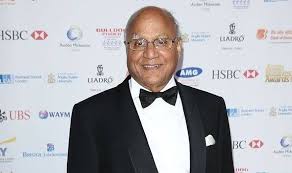 What he himself described “One percent luck, and 99 percent diligence & honesty”, brought Sir Anwar Pervez to new heights, and a person who opened his eyes in a low-income Pakistani family in 1935 turned out to be the richest Pakistani-origin in the UK with a net worth of $4.6 billion in 2019.

Initially, Answer Pervez just like many others wrestled with life’s ordeals and happened to be a telephone operator. But as he turned 21, he moved to UK for a better future, and wherein he spent five years of his life as a bus conductor in Bradford.

Having somehow raised his living standard to a responsible position, Answer Pervez set up a retail store in London’s Earls Court in 1963 which contained masala items and halal meat. Later in early 70s, his store was renamed as Bestway with 10 branches in and around West London.

In 1976, he opened his first wholesale warehouse in London’s Acton Town. By 2014, Answer Pervez’s Bestway had become the second largest independent wholesaler in the United Kingdom.

In 1999, Answer Pervez was knighted by the British Queen. His nephew Zameer Choudrey, who is the Chief Executive Officer (CEO) of Bestway, was appointed to the House of Lords in September 2019 in recognition of his services. 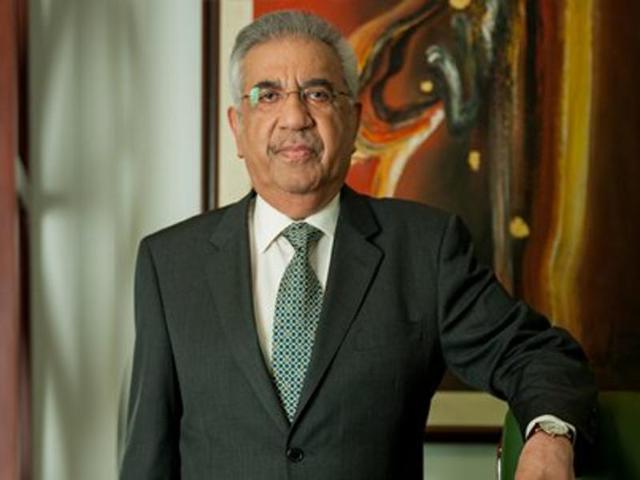 The recipient of Nishan-i-Imtiaz (Civil) as the first Pakistani businessman, Sadruddin Hashwarni is the Founder and Chairman of Hashoo Group which owns Marriott and Pearl Continental Hotels across Pakistan.

Sadruddin Hashwarni was born in February 1940 in Karachi, and in 1960 he established a Cotton Trading Company ‘Hassan Ali & Company’ along with his brother; however, it was nationalized in 1973 by Bhutto regime.

Therefore, he established Holiday Inn Hotels in Karachi and Islamabad in 1978 and 1981 respectively which were converted into Marriott Hotels in 90s.

Apart from that, a number of Companies i.e. Tours and travels, Oil and Gas, Pharmaceuticals, Minerals, Trading, Investment, Ceramics, Welfare, and Net-21 (Pvt) Limited are operating under the banner of Hashoo Group.

Runner ups in the list of richest Pakistani men 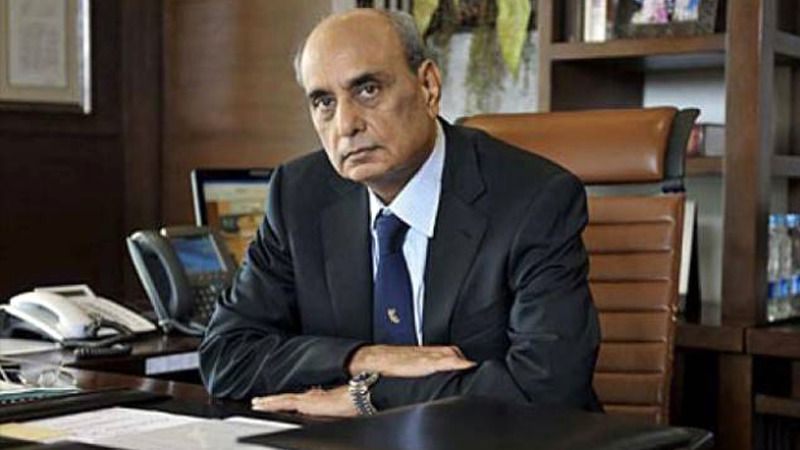 The Chairman of Nishat Group – Mian Muhammad Mansha – is believed to have wealth worth $2.7 billion.

Born in Lahore in 1947, Mian Mansha joined his family business in 1969 and began looking after the Nishat Textiles Mills – Pakistan’s largest Fabric Manufacturing Mills – established by his father Mian Muhammad Mansha in 1951.

Mian Mansha is the highest tax-paying individual in Pakistan, and also received the Sitara-e-Imtiaz Civil Award in March 2004. 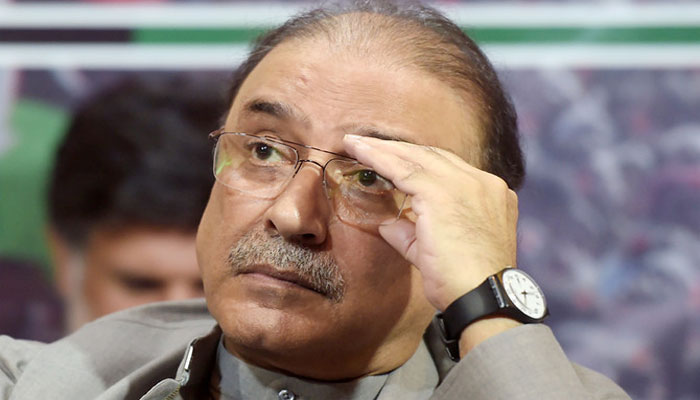 The former President of Pakistan and the Co-Chairman Pakistan People’s Party (PPP) Asif Ali Zardari reportedly owns $1.8 billion which enables him to become the 5th richest man in Pakistan.

In addition to his known wealth, Asif Ali Zardari also allegedly owns properties worth billions in UAE, UK, France and Switzerland which haven’t yet been documented under his name as it was allegedly earned through malpractices when his late wife Benazir Bhutto was in power.

However his illustrious life has since the beginning been marred by corruption allegations, and he also suffered imprisonment for that spanning over years. Even right now, he has been facing trails for his alleged involvement in money laundering and establishing fake bank accounts.

The real estate tycoon Malik Riaz stands at number six in terms of Pakistan’s richest persons for having a net worth of $1.5 billion.

Now 65, Malik Riaz was born in Sialkot in February 1954 but as he was in his adolescence, his family suffered heavy losses in business and he couldn’t carry on his sturdy after matriculation. Eventually he became a contractor and established his construction company named Hussain Global which ended up as Bahria Town in 1996.

In a recent news event, it has been stated that Malik Riaz has lost 190 Million pounds since he has been asked to handover the property to National Crime Agency UK which would be treated as a settlement.

Blessed with the business empire set up by his father Mian Muhammad Sharif along with his brothers with the foundation of Ittefaq Steel Foundry in 1939 and later Sharif Group of Companies in 1974, Nawaz Sharif didn’t have much to bother to live a luxurious life and ended up as one of Pakistan’s riches men with net worth of $1.4 billion.

Though the Ittefaq Group was acquired by Al-Rehmat Group of Companies in 2004 but Sharif Group has expanded into a massive business conglomerate with its foothold in industries like sugar, power, milk & dairy, feed, poultry and even plastics.

However Nawaz Sharif is also accused of having set up his family’s huge business empire, which has now been expanded to the worldwide and run by his sons, by misusing his Office as the Chief Minister Punjab (1985-1990) and then being a three-time Prime Minister of Pakistan, and indulging in corruption which also caused his outset from the Office in 2017 for life.

One thing that should be mentioned here is that during the recent tussle between the the political parties PTI and PLMN, a lot of propoerties and assests belonging to Nawaz’s Family has been seized. 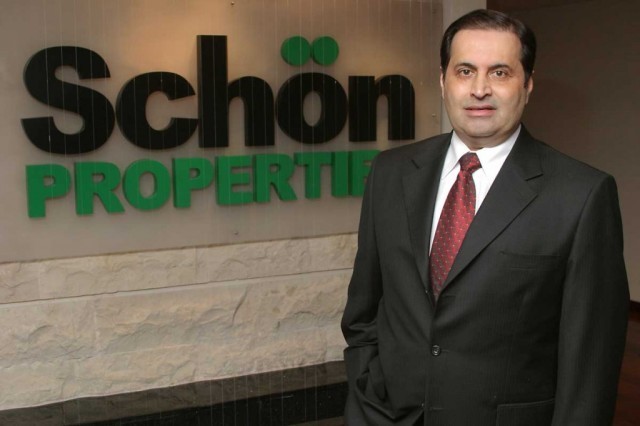 One of the most infamous name is Nasir Schon who is the owner and co-founder of Schon Properties, along with his brother Tahir Schon. The company was established in 1971 in UAE and they made a lot of money by dealing in real estate business with the elites of UAE. Since its formation, the company has delivered 1.6 million square feet in Dubai. The company also scored CNBC Arabian Property Award and Bestway Office Development Award.  The current wealth of Nasir Schon makes him the 8th richest person in Pakistan with a net worth of $1 billion

Rafique M is a famous and renowned name in Pakistan and he has been among the prominent names in the country when it comes to the business sector. With a net worth of $0.95 billion, Rafique M. Habib is the 9th wealthiest man of Pakistan.

Tariq Saigol is the owner of the Kohinoor group which further owns the owner of Kohinoor-Maple group, Saigol motors, and Sajeel motors along with huge investment in Kohinoor textile mills, Pak electron, and Kohinoor Power Company.

Mati
Mati-Ullah is the Online Editor For DND. He is the real man to handle the team around the Country and get news from them and provide to you instantly.
Share
Facebook
Twitter
Pinterest
WhatsApp
Previous articleDay I of Saudi Media Forum: Strategic media partnerships are need of the day
Next articlePakistan’s HC Raza Bashir Tarar highlights Kashmir issue at Jinnah Award Ceremony in Winnipeg