Indian Punjab Elections: Manipulating system for producing generations of Electable can be defeated

The 16th president of the United States from 1861 until his assassination in 1865, Abraham Lincoln while addressing soldiers at Gettysburg said that sacrifices of soldiers would be remembered who gave their lives in order to ensure “government of the people, by the people, for the people”. Alas, this definition of Democracy is becoming a utopian dream today.

Unfortunately, this definition of Democracy seemed a cliché, especially for the developing world. Likewise, democracies in developing countries are a hybrid form of wealth, power, lawlessness, and kinship, and political parties function like monarchies, transferring power to their progenies generation after generation.

A common man, a genuine citizen of the country neither has thug-like power nor the resources to acquire that, which is the first step toward politics. Bullying, harassment, and maneuvering are key ingredients to becoming a political figure.

I wrote many times that developing countries opt for democracies as a form of ruling elite over marginalized population plus keep on asking the same question why democracy can’t be practiced in its true sense in Pakistan? The most plausible answer I got is that any chance for a true democracy is directly connected to political nurseries, a base camp for all those who want to become part of decision making for the country’s greater good ironically a 40 years ban over student politics in Pakistan have further diminished chances of producing future decision-makers in politics. This is what we have to accept with honesty.

There is a binary relationship between good and powerful, they move side by side to infinity and hypothetically can and cannot meet there. In developing countries, all the good being promised for the masses have the same binary relation with the few powerful political families and that is the reason that good never finds any meeting point and the public keeps on staring at oblivion in the hope to see any good.

Practically, democracies in the developing world are hijacked by less than 5 percent of the general population, disconnected from the majority of the population and enjoying their power bubble. A common man, a genuine citizen of the country neither has thug-like power nor the resources to acquire that, which is the first step toward politics. Bullying, harassment, and maneuvering are key ingredients in becoming a political figure.

Let’s come back to square one why is a layman a real original citizen unable to penetrate into this power game? How difficult it is to transfer power to a common man the one who knows the problems of his/her fellow countrymen and can mitigate them?

Universities and colleges are perfect training centers for future leaders, student politics is the best possible nursery ground where the young leader can seep into the bigger political game. The power of the common man is the most exploited experimentation in Pakistan. Ban on student politics closed all doors for a common man to become part of the solution. Ban on student union system was imposed by a chief martial administrator late Gen Ziaul Haq in 1984 but no political government that followed his infamous era ever dared to lift the ban. Why? I believe because political parties neither want nor need matured and groomed cadre of workers who can question the status of democracy within their political parties.

Electable have money, resources, family contacts, experience, and the art of winning the election against a simple but honest resource-less person.

Unlike Pakistan, India kept their political nurseries open which provided hope, no matter how bleak but hope was always there that power corridor can hear the voices of common men and women. Aam Aadmi Party’s (AAP) sweeping victories against BJP and Congress is history in making. A mobile repair shop owner defeated three times elected chief minister, a social worker “Jeevan Jyot Kaur who defeated famous Navjot Sidhu said that Punjab has overcome identity politics. Thanking the voters for giving AAP and the “tried and tested Delhi model” of Arvind Kejriwal a chance, she said, “It’s the victory of the people of Punjab.”

Will we ever be able to overcome identity politics? Will we ever think over and above the “electable” theory? Even the rise of Indian Prime minister Modi to the seat of PM ship shows us that democracy and elections within the political party can provide a chance for a tea-selling shopkeeper to the level of the highest post within a parliamentary democracy.  India and Pakistan have a Parliamentarian system with all its ills and malfunctioning but with different results. There is a chance of a poor resourceless person to enter the parliament in India but such a chance has been seized in Pakistan where the game of electioning is costing over 20 to 30 million rupees and over at least five million rupees for polling day.  Whosoever spends such a huge amount for winning the elections would have justification to recover money after coming into power and here the game of electable starts. Electable have money, resources, family contacts, experience, and the art of winning the election against a simple but honest resource-less person. I believe that instead of abusing democracy or the parliamentarian system, we must understand we neither have democracy nor parliamentarian system in Pakistan since 1977 martial law rather a hybrid system of using the name of Democracy for fetching power in the easiest way and manipulating the system for producing generations of “Electable”. 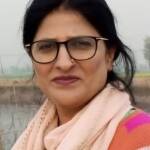