Religion has nothing to do with terrorism, says PM Imran Khan

While speaking at the discussion, Prime Minister Imran Khan called for effective measures to counter hate speech and Islamophobia. He said that Islamophobia presents a grave threat to international peace and security. 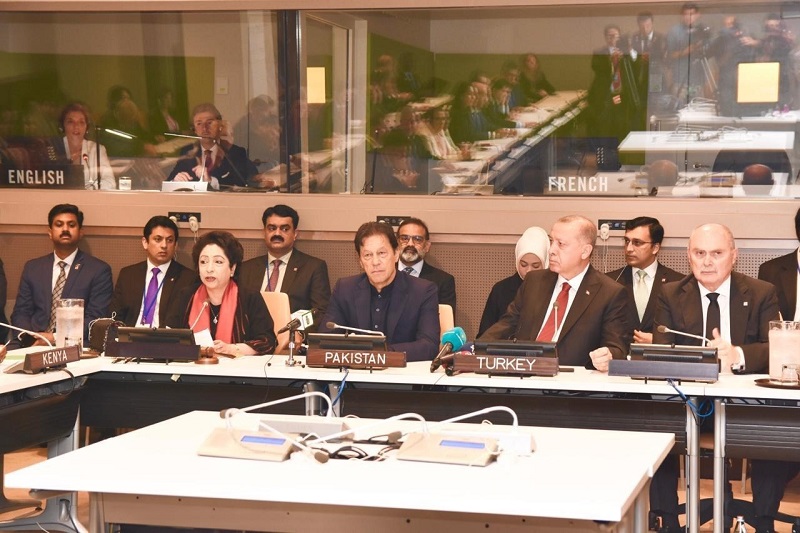 Noting the growing incidence of discrimination and violence based on religion and belief, the prime minister underscored the importance of addressing both the drivers and consequences of these phenomena.

Imran Khan said that marginalization of any community leads to radicalization. He said that religion has nothing to do with terrorism.

The prime minister cautioned against attempts to denigrate revered personalities and scriptures cloaked in the right to freedom of expression and opinion.

Commenting on worst human rights situation in the Indian Occupied Jammu & Kashmir, the Turkish president said that Kashmir has been turned into an open prison and we fear blood shed there.

Tayyip Erdogan also expressed condolence over the tragic loss of life in earthquake in Mirpur and other parts of Pakistan.

Mati
Mati-Ullah is the Online Editor For DND. He is the real man to handle the team around the Country and get news from them and provide to you instantly.
Share
Facebook
Twitter
Pinterest
WhatsApp
Previous articleArmy Chief visits earthquake affected areas of AJK
Next articlePakistan proposes synergies among SCO, CIS and CSTO to fight terrorism