“We all need to cooperate to root out transnational security/crimes threat,” the COAS said while talking to the visiting Iranian Foreign Minister Javad Zarif who met him at the army’s general headquarters in Rawalpindi, according to the Inter Services Public Relations (ISPR). 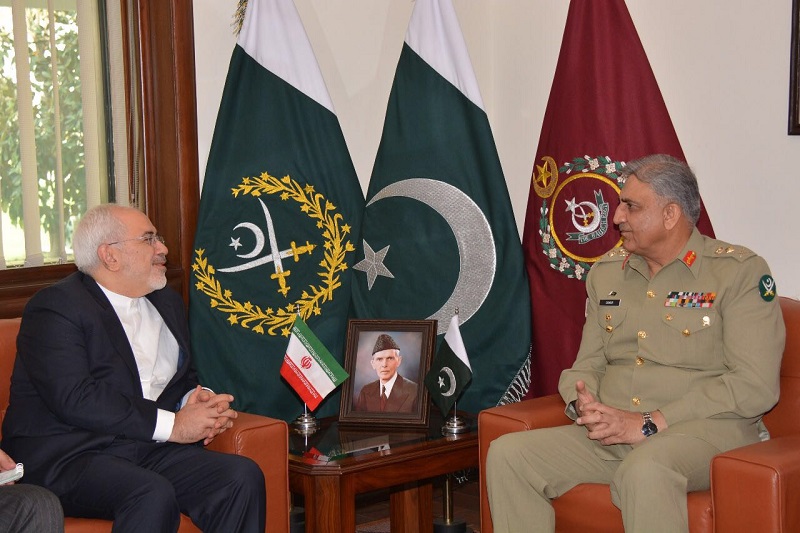 The IPSR said that during the meeting, matters of mutual interest, regional security and Pakistan-Iran relations came under discussion.

The visiting dignitary appreciated bilateral security engagements during the recent months and measures initiated by both sides to improve Pak-Iran border security.

The Iranian foreign minister is currently on a three-day visit to Pakistan, and following his arrival in Islamabad he met former Prime Minister Nawaz Sharif, the Speaker National Assembly Sardar Ayaz Sadiq and also addressed at the Strategic Studies Institute Islamabad (SSII) on Monday.

During talks with Pakistani leadership, Javad Zarif said Iran considered Pakistan as its partner for peace in the region, and expressed hope that in the future both the Countries would continue to chart the paths of prosperity together.

Mati
Mati-Ullah is the Online Editor For DND. He is the real man to handle the team around the Country and get news from them and provide to you instantly.
Share
Facebook
Twitter
Pinterest
WhatsApp
Previous articlePML-N elects Shahbaz Sharif as its permanent President
Next articlePakistan, Iran vow to work in cooperative framework for lasting regional peace