MOSCOW, Russia: Pakistan’s Special Representative for Afghanistan Mohammad Sadiq has urged the international community to cooperate with the Afghan authorities by ensuring continued and sustained humanitarian support to the people of Afghanistan.

Speaking at the 4th Meeting of the Moscow Format Member States on Wednesday, Mohammad Sadiq said that the world should consider cooperation with the Afghan authorities on a ‘hierarchy of priorities’ such as countering terrorism and combatting drug trafficking. 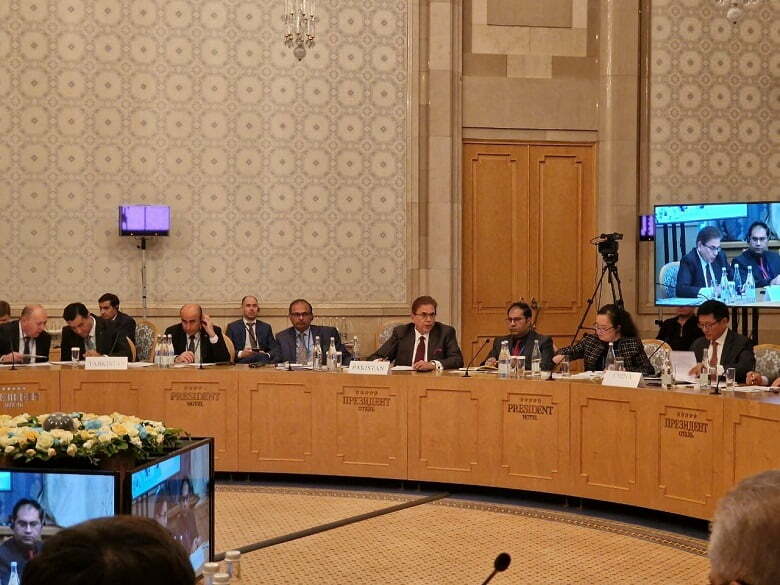 The special representative said that we should focus on generating economic activity within Afghanistan to ensure a sustainable future. He said that exploring realistic pathways towards unfreezing Afghanistan’s financial assets would be pivotal and a roadmap for the rehabilitation and reconstruction of Afghanistan is equally important.

Mohammad Sadiq said that the region must continue to play a leading role in promoting peace and stability in Afghanistan. He expressed the confidence that as friends and partners of Afghanistan, we must stand by their side.

The following is his full statement at the 4th Meeting of the Moscow Format Member States;

“​On behalf of the Pakistan delegation, let me express our great pleasure to attend the 4th meeting of the Moscow Format member states, here in the beautiful city of Moscow, today.

​I wish to convey our deep gratitude to the Government of the Russian Federation, in particular, to my friend, Zamir Kabulov, for the generous hospitality and the immaculate arrangements made for this meeting.

Pakistan is a firm adherent to the primacy of a regional approach to the situation in Afghanistan. We believe that the Moscow Format advances this goal, by bringing together the regional countries in a process of meaningful dialogue and engagement on Afghanistan.

We laid down broad principles to govern practical engagement with the Interim Afghan Government based on i). promoting inclusivity, ii). respecting fundamental human rights including rights of women, (iii) countering terrorism, and (v) sustained support to the Afghan people including provision of humanitarian and economic support.

​The progress report of the last sixteen months is mixed – while some of the worst fears including a rapidly deteriorating security situation in Afghanistan, mass exodus of refugees and a prolonged period of instability and violence did not materialize, the Interim Afghan Government has also not made the kind of progress that the international community would ideally expect.

​Nowhere is this more apparent than on the question of ‘inclusiveness’. The international community has consistently urged the Interim Afghan Government to promote greater political inclusivity. Unfortunately, there is little to show on this count.

Despite assurances by the Interim Afghan Government, the rights of women and girls also appear to have regressed, not progressed.

The footprint of terrorist organizations in Afghanistan, has yet to be fully eradicated.

​This ‘cascade’ of unmet expectations, has unfortunately meant that critical support needed by Afghanistan to stave-off a grave humanitarian crisis, prevent an economic meltdown and to combat terrorism, have also faltered.

As we speak, millions of Afghans are in desperate need of urgent humanitarian support including food, medicine and essential life supplies. The advent of the Afghan winter has exacerbated an already dire situation – the World Food Programme has already warned that over half the Afghan population could face a ‘winter of famine’ this year.

​It should therefore, be no surprise that according to the UNODC, the opium cultivation in Afghanistan has increased by 32% over the previous year – this is not only a symptom of the larger drug problem in Afghanistan; it is a measure of the desperate choices that the ordinary Afghans have to make every day to survive, but above all, it is a collective failure of the international community to stand by the people of Afghanistan, when that help is needed most – the international commitments to provide humanitarian support to Afghanistan remain largely unfulfilled.

On top, Afghanistan remains cut-off from the international banking system and faces serious liquidity challenges. Billions of Afghan assets are frozen, thus deprived of being gainfully used for the benefit of the people of Afghanistan.

As we move ahead, sustained engagement with the Interim Afghan Government remains imperative. We believe that a ‘new balance’ needs to be devised with them, based on the following elements:

▪ One, without prejudice to well-known concerns, the international community should consider to cooperate with the Afghan authorities on a ‘hierarchy of priorities’, especially where the Interim Afghan Government has shown a commitment to act – countering terrorism and combatting drug trafficking could serve as stepping stones of such cooperation.

▪ Two, the pressing humanitarian needs of the Afghan people must be de-hyphenated from any political considerations. As clearly provided by UN Security Council resolution 2615 (2021), humanitarian support does not fall under the ambit of sanctions. It is time to walk this talk by ensuring continued and sustained humanitarian support to the people of Afghanistan.

▪ Three, beyond the confines of humanitarian assistance, we should focus on generating economic activity within Afghanistan to ensure a sustainable future. Exploring realistic pathways towards unfreezing Afghanistan’s financial assets would be pivotal. A roadmap for the rehabilitation and reconstruction of Afghanistan is equally important.

▪ Four, Pakistan believes that the region must continue to play a leading role in promoting peace and stability in Afghanistan. The region has suffered enormously due to conflict and instability of the last twenty years. While others may have the choice to walk away, we do not enjoy that luxury. This conviction underpins our deep commitment to promote regional solutions and also serves as a guiding principle of the ‘Neighbours of Afghanistan’ format.

​After four decades of war and bloodshed, Afghanistan has turned a new page in its history. Now that the war has ended, there is a unique opportunity to secure durable peace. We are confident that our Afghan brethren will capitalize on this opportunity.

As friends and partners of Afghanistan, we must stand by their side. I am confident that our deliberations today would contribute to this end.” 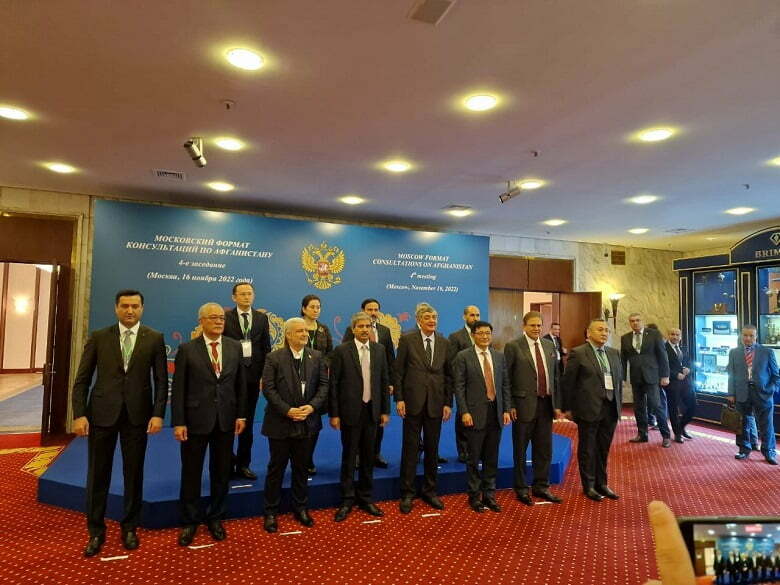 The 4th Meeting of the Moscow Format was held on November 16, 2022 with participation from Russia, Kazakhstan, Tajikistan, Iran, Pakistan, China, Turkmenistan, India, Kyrgyzstan and Uzbekistan at the level of Special Representatives/Envoys on Afghanistan.