The second season of the competition brought over 100 teams, comprised of more than 600 student gamers, battling to take the top spot at the Red Bull Campus Clutch Pakistan National Finals. 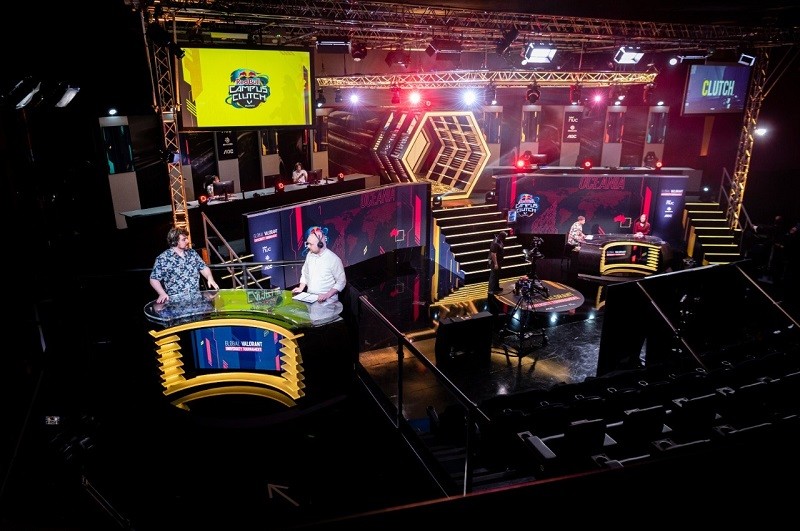 After losing to SALT Esports in Qualifier #1, we were shocked and disappointed at the same time because we had underestimated them. However, we knew that if we work hard, we can easily win the National finals. We did.” ~ Abdul Sami Khero aka KING, member of Red Bull Campus Clutch Pakistan 2022 winner Team Mystic

It’s a classic redemption story for Team Mystic. SALT Esports defeated them in the first qualifier final to book their spot in the national finals. Team Mystic still made their way into the finals and the eventual, much-anticipated face-off between the two teams was just the perfect bookend where Team Mystic got their win back. It’s almost like this season of Red Bull Campus Clutch was written by Aaron Sorkin.

Representing ILMA University, Bahria University and the Youngstown State University, Team Mystic came into the finals hungrier and more confident than ever as they had been practicing day and night since securing the final berth in the finals. The grand battle was played on three maps: Ascent, Bind and Icebox. Team Mystic won the first two maps (Ascent and Bind) to win the title.

“Things were not in our favour in the first half of the first map. But our In-Game Leader (IGL) Storax told us during the pause that no matter what we will win this game. Everybody started feeling confident and we came back in the second half. I believe that a professional player should not give up until the last round,” said KING, who’s a student of ILMA University.

The motivation worked and the game didn’t even go to the third map Icebox as Team Mystic clean swept the first two maps (Ascent and Bind).Even their opponents were all praise for Team Mystic and had expected a tough fight in the finals.

The team had been practicing for Red Bull Campus Clutch for two months, so winning it all in a storybook ending was naturally their favourite moment of the journey. They celebrated the victory with a kingly feast after an exhausting uphill fight.

Team Mystic now has their sight set on the Red Bull Campus Clutch WorldFinal. “We will work very hard and double our practice for the World Final and show the world what Pakistan is capable of,” said Sami.

The clock now ticks in anticipation of the Red Bull Campus Clutch World Final where the cream of the Valorant crop from different countries around the world will compete against each other in a fight to win the crown and to be called the world champions.

Mati
Mati-Ullah is the Online Editor For DND. He is the real man to handle the team around the Country and get news from them and provide to you instantly.
Share
Facebook
Twitter
Pinterest
WhatsApp
Previous article
PTV Sports Live Pakistan vs England Warm-Up Match T20 World Cup 2022
Next article
India is fuelling fire by providing latest weapons to Armenia | By Prof Shazia A Cheema
Share
Facebook
Twitter
Pinterest
WhatsApp