KARACHI, Pakistan: The most anticipated hip hop and breaking show of the year finally made its arrival in Pakistan this weekend. Red Bull BC One started on Thursday with the Workshop at District 19 and a jam on Friday to select the top 20 breakers – b-boys and b-girls – of the Country.

The finalists then competed in an intense, nail-biting, hair-rising competition to finally crown one b-boy and b-girl as the champions of Red Bull BC One Cypher Pakistan 2022. 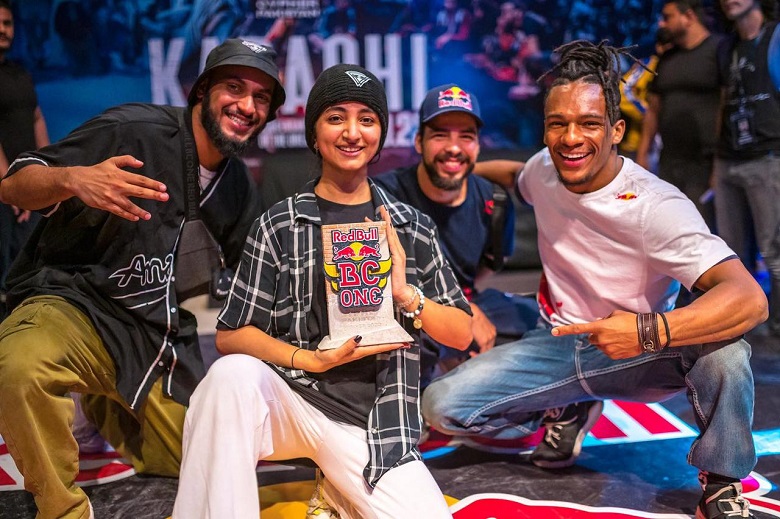 In the Workshop, legendary Red Bull breaker b-boy Lil G and DJ Khanfu entertained the participants with a performance before giving them tips and teaching them new moves. The Thursday show narrowed the count from 46 to 18. Then 8 b-boys were given the chance to fill the 2 open spots on Saturday, giving us the 20 finalists who broke the stage with their popping and locking in the Cypher.

The grand finale, Red Bull BC One Cypher exceeded all expectations on Saturday night, giving Karachi a night to remember. With Lil G, DJ Khanfu and Pakistan’s Taishi serving as the jury, the final battle came down to b-boy Masoom and b-boy Burhan. What followed was a battle that elevated both performers to new heights and earned them respect from audience and jury alike. In the end, b-boy Masoom won and was crowned the champion.

The four b-girls brought forth the fight of their lives too, wowing the audience and making them cheer louder with every move and step. The final battle saw Daniyal Kanwal compete against Reham Rafiq where Daniya Kanwal was crowned the winner.

In all, Red Bull BC One’s arrival in Pakistan gave the underground breaking community a much-needed platform to showcase their talents. The hidden gems are hidden no more as b-boy Masoom and b-girl Destiny are set to represent Pakistan in the last chance cypher in New York, USA later this year, where they will compete against some of the best breakers the world has to offer.