The device was received so well that it was sold out in the market within two days of its arrival. For the love of real fans realme Pakistan has now announced an amazing discount offer on the most premium featured smartphone of realme in Pakistan from onwards device will be available on Rs 49,999/-. 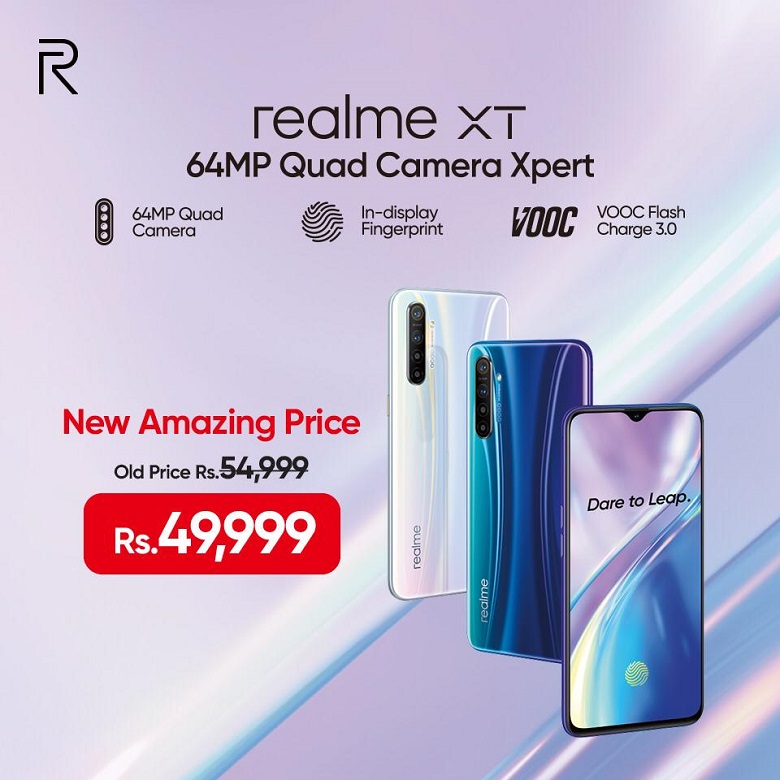 realme XT is the company’s first phone that comes equipped with a 64-megapixel rear camera which employs Samsung’s ISOCELL GW1 sensor. The phone is powered by the octa-core Qualcomm Snapdragon 712 processor, paired with up to 8GB of RAM and 128GB of internal storage that is further expandable up to 256GB.

realme delivered on the promise of bringing not only the latest technology with its 64 MP imaging software and the latest Qualcomm processor, snapdragon 712AIE but also the promise of giving the most premium and high end specifications in a budget price.

All of this device features are top of the line like its super AMOLED display, VOOC charging and its extremely large 8+128 GB storage option now this device is available under Rs 49,999/- which is a treat for realme fans.

Apart from the 64 MP camera, the large RAM ROM, quad camera setup, fast charging and premium display set it apart from other 64 MP challengers in the market making it much more than a camera phone but an actual all around high end companion that’s beautiful to hold and use but all in a friendly price for the youth.

Mati
Mati-Ullah is the Online Editor For DND. He is the real man to handle the team around the Country and get news from them and provide to you instantly.
Share
Facebook
Twitter
Pinterest
WhatsApp
Previous articleOIC Special Envoy for Jammu and Kashmir concludes his visit to Pakistan and AJK
Next articleInternational Women’s Day: HUM INQUILAB HAIN— We are Revolution