The display features a touch button. It also supports five-level brightness that can be adjusted through the realme Link app.

Further, the display panel wakes up with a lift of your wrist using the built-in gravity sensor.

There are five dial faces that can be applied on the realme Fitness Band using the realme Link app.

It also comes with a Sleep Quality Monitor that uses an algorithm to analyse sleep quality and generate a report to help users understand their sleeping patterns.

To remind users to move or take a walk after sitting for a long time, there is an Idle Alert feature. 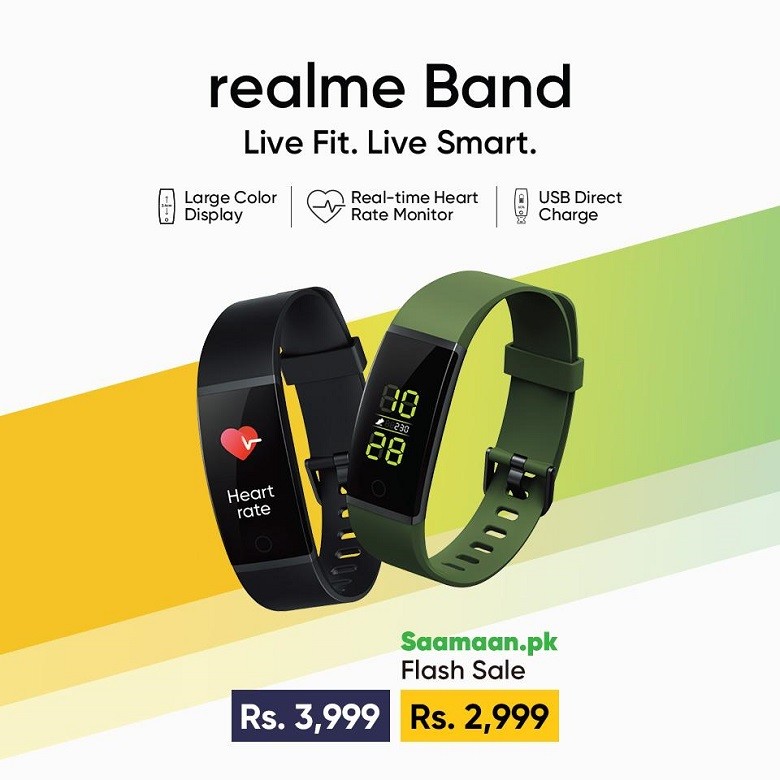 The Fitness Band also comes with a list of nine sport modes that include walking, running, and yoga among others.

You can store any three of the given modes on the fitness band.

There is also the Cricket Mode to offer detailed statistics while playing a cricket match.

realme has provided an IP68-certified build that is to protect against dirt, dust, sand, and “occasional dips” in the water.

Moreover, it will get features such as cloud multi-dial, multi-language font, and weather forecast through a future update.

The band is compatible with devices running at least Android 5.0 Lollipop.

The band packs a 90mAh battery that last six to nine days.

It will be available in two color options of black and green.