Raqeeb Se – The Story Unveils Climax While Making It Unforgettable!

Find out what has made drama serial Raqeeb Se an unforgettable story!

Drama serial Raqeeb Se has been going on-air while marking its success all the way with flawless acts and dialogues. Bee Gul has put all her heart into this script and Kashif Nisar has translated it well under his exceptional direction. With such an amazing cast like Nauman Ejaz, Sania Saeed, Hadiqa Kiani, Faryal Mehmood, and Iqra Aziz, how was that possible to expect a little from this project? As soon as it went on-air, it instantly hooked everyone with its plot and theme that we usually see in theatrical performances. Well… the drama Raqeeb Se has now reached its second last episode while unveiling the pinnacles that make it an unforgettable serial. Here is a crux of the latest episode that describes how deep a writer can think to make a romantic story impossibly possible. Take a look!

Raqeeb Se – The Story Unveils Climax While Making It Unforgettable!

Hajra Opens Up about Insha’s Relation with Maqsood Sahab

The most important yet heartfelt scene of the episode was when Hajra reveals the reality of Insha’s relation with Maqsood Sahab. Hajra told Insha that she is not the biological daughter of Maqsood Ahmad. Her father was someone so cruel and wild who left Hajra when she was 6-months pregnant with Insha.

Insha was in shock and couldn’t control her tears to roll out with a storm of emotions she had inside. Maqsood Sahab covered the situation and tried to console his daughter. However, Insha had her complaint about not getting the love of a father.

It was all about how Maqsood Ahmad has been living in the past when his brother got murdered. He admitted that he never moved on but his life stopped at the moment when he got the news of Mansoor’s death.

Ameera’s Regrets and Apology to Hajra

As the drama progressed, it uncovered the chapter of regrets and then the realization of seeking an apology. Ameera had already surrendered her love for Maqsood Sahab after dramatically attempting to commit suicide. Moreover, When Maqsood Sahab made her understand that it is useless to follow the stars with a wish to get them, she understood the underlying message he wanted to convey. That was actually her point of return and the part when she got even closer to her mother Sakina.

Ameera gathered some courage to face Hajra and confess her guilt of playing emotionally throughout. The soft accent, the embarrassed glance, and heart full of regrets was the only asset Ameera had while seeking an apology.

She gathered courage and made it happen. This scene proved that Ameera is a sensitive soul who knows well how to move on while ensuring to make up things the way they were before. Hajra’s motherly smile and loving expressions were everything to make Ameera feel comfortable in admitting her mistakes.

Once again, this scene strongly depicted the nature of Hajra as she is humble and compassionate, a forgiving and ever-loving person.

Insha’s Monologue Makes It the Strongest Scene of Raqeeb Se! 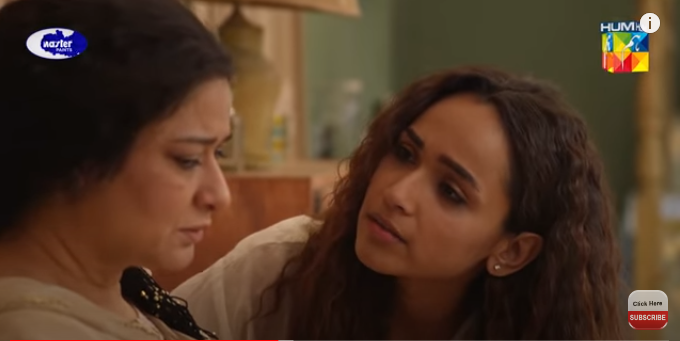 Although this drama has numerous scenes with monologues, however, Insha’s monologue in this episode makes it unforgettable. While understanding and knowing the reality of her relationship with Maqsood Sahab, Insha is finally in the phase to move on with better strength. However, she didn’t want to do it alone. She reached out to her mother who couldn’t sort of face Insha after revealing about her real father. Hajra calmly listened to Insha and broke into tears when she expressed how much she felt proud of being Hajra’s daughter. 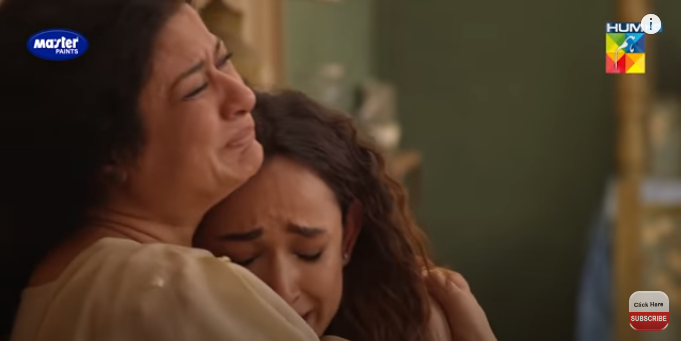 This scene was more like reuniting with loved ones and those who actually care. It conveyed how relations can make things go different when circumstances are quite challenging. It was about the feeling of finally entering into the world of reality.

Sakina told Ameera that she felt the luckiest when Ameera was born. She also added that it makes her have no regret of losing her sons because she couldn’t love them more than she has got it for Ameera. Sakina looked relieved and at the right place in life, however, she was unable to forget Rafiq Ali.

It’s not an easy step to let go of your love despite everything happening wrong in one’s life. However, Insha set an example for the women to gain strength and take a step right after realizing that something wrong is going to happen next.

Her nikkah with Abdul was held after a long-term relationship and seemingly unconditional love on both sides. However, time revealed that Abdul was merely using Insha as a bridge to make his dreams come true.

Insha took a daring decision and filed for Khula through her lawyer cousin Kashif. It was not because her love for Abdul came to an end. It was that she no more considered him respectable.

Rafiq Ali’s unexpected visit to Maqsood Sahab’s place moved Sakina emotionally. She was speechless while Rafiq Ali had a lot to say. However, this time, opened up his heart to the ex-wife Sakina with a body language that depicted everything about pain. His strong expressions and heavy words showed how much he misses Sakina. Moreover, he regrets giving her divorce for the sake of property. Rafiq Ali gave up the property while realizing his love for Sakina as he feels helpless in this situation.

The drama serial Raqeeb Se is going to wind up next week with its last episode on Wednesday. Don’t forget to watch it at 8:00 PM sharp only on HUM TV. Also, share your valuable feedback about the drama and actors with us!

Wardah Farooqi
Wardah Farooqi has been working as a writer for 6 years. She also worked at Dunya News, Live Pakistan Magazine, and numerous local as well as international platforms. When she isn't writing, you can find her assisting people in bringing out the best!
Share
Facebook
Twitter
Pinterest
WhatsApp
Previous article5 Ways To Make Passive Income With Cryptocurrency
Next articlePakistan records 88 more COVID-19 deaths, positivity ratio stands at 6.43%