President Mamnoon Hussain administered the oath to Rana Muhammad Afzal, who will now hold the portfolio of Finance and Economic Affairs, in a special ceremony held at Aiwan-e-Sadr in Islamabad. 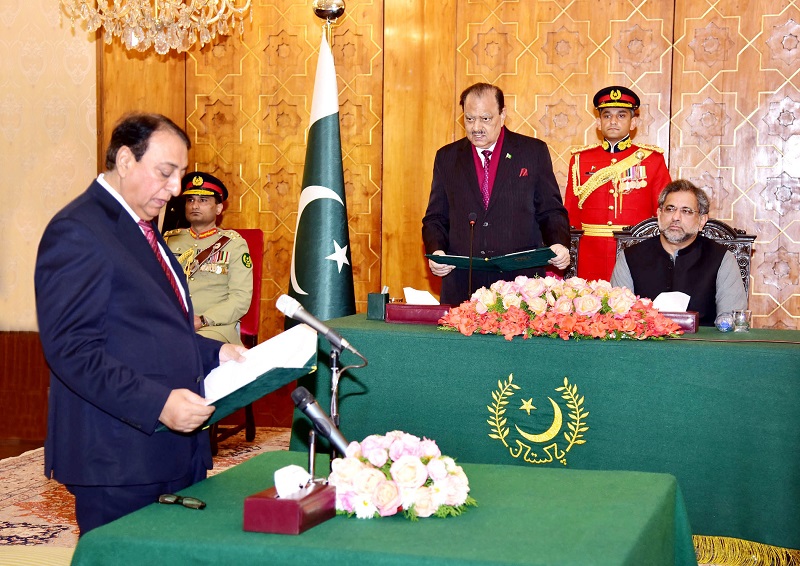 After assuming charge, the new Minister of State for Finance thanked the prime minister and the Leader of the PML-N Nawaz Sharif for reposing their trust in his abilities and giving him such an important portfolio.

Rana Afzal also thanked Senator Ishaq Dar for recommending him for the post. He also said that he has been serving as a politician for the last 25 years and for the past for years he had been assisting the Finance Minister in the budget preparation exercise so he is reasonably familiar with the economic challenges the Country has been facing.

The state minister asserted that he will work as diligently as possible to serve the Country under the leadership of the Prime Minister Shahid Khaqan Abbasi.

The Minister of State for Finance also said that this is the last year for the current tenure of the government of PML-N but he is sure that many ongoing projects will be completed in this year that will take the gross domestic product (GDP) to the next higher level.

Rana Afzal further stated that he will play a positive role in finding solutions for the economic challenges like trade and fiscal deficits. He prayed to Almighty Allah to help him discharge his duties in the best interest of the Country.