Last time, Pakistan had defeated New Zealand in an ODI series was in January/February 2011, when the former as visitors beat the Host in a six-match ODI series by 3-2.

Later four more ODI bilateral series (excluding the UAE series in 2018) took place between them but New Zealand emerged triumphs in all of them. 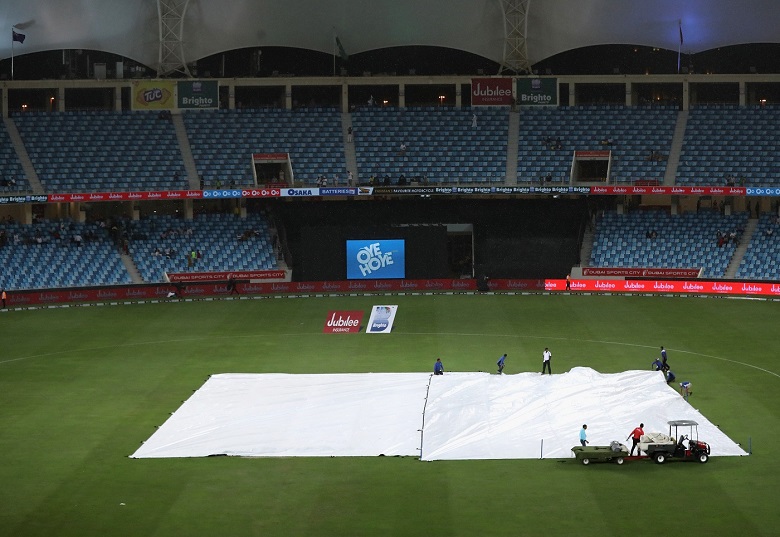 Following a defeat at Abu Dhabi in the first ODI on November 7, 2018, Pakistan thrashed New Zealand in the second ODI at the same venue on November 9. Even after setting a huge target for New Zealand in the third ODI at Dubai International Cricket Stadium, Pakistan required just basics to follow in bowling for clinching the series but then rain interrupted, causing the match to end without yielding any result.

While batting first, Pakistan scored 279 runs for the loss of 8 wickets in stipulated 50 overs. Fakhar Zaman played another brilliant knock and scored 65 runs.

The in-form Babar Azam with his 92 runs and Haris Sohail with his 60 also contributed a lot in Pakistan’s score.

Soon after New Zealand began its innings, Shaheen Shah Afridi bowled Colin Munro in the very first over, bringing the visitors under a bit of pressure.

However when New Zealand’s score was 35 for 1 in 6.5 overs, heavy downpour began to fall and eventually left the match unfinished. Therefore, both Pakistan and New Zealand shared the three-match ODI series.

It was only the occasion in UAE, when an ODI was ruined by rain. Prior to Pakistan-New Zealand match, rain also washed out the match between Ireland and Scotland in 2015.

In 34 years and 458 limited overs internationals, only two matches have been rained out in the UAE – Pak vs NZ today and Ireland vs Scotland in 2015. #PakvNZ

Mati
Mati-Ullah is the Online Editor For DND. He is the real man to handle the team around the Country and get news from them and provide to you instantly.
Share
Facebook
Twitter
Pinterest
WhatsApp
Previous articlePTV Sports Pakistan vs New Zealand third ODI 2018 Live Streaming
Next articleAssets worth $5.3 billion traced in 10 Countries: Shahzad Akbar