Talking to the Defence Minister of the Republic of Tajikistan Colonel-General Sherali Mirzo in Islamabad wherein they discussed a whole range of issues surrounding bilateral relations between Pakistan and Tajikistan, the foreign minister emphasized that Pakistan desires strong ties with its neighbours and a peaceful neighborhood would benefit all.

During the meeting, both sides expressed satisfaction on the steady growth of Pak-Tajik defence cooperation. 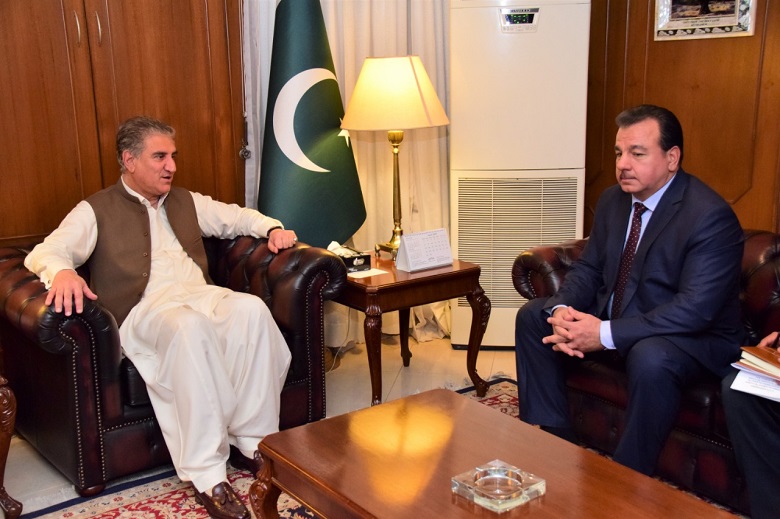 The Tajik defence minister, on behalf of the Tajik Foreign Minister Sirodjidin Aslov, extended an official invitation to Shah Mahmood Qureshi to visit Tajikistan at his convenience.

During his three-day official visit which started on April 9, Colonel-Gen Sherali Mirzo has paid a courtesy call on the President of Pakistan Dr Arif Alvi and met with his Pakistani Counterpart Pervez Khattak. He also called on the Chief of Army Staff (COAS) General Qamar Javed Bajwa.

Mati
Mati-Ullah is the Online Editor For DND. He is the real man to handle the team around the Country and get news from them and provide to you instantly.
Share
Facebook
Twitter
Pinterest
WhatsApp
Previous articleWikileaks founder Julian Assange arrested by British police
Next articleHassan Immad Mohammedi appointed MD PTV