ISLAMABAD, Pakistan: The Foreign Minister Makhdoom Shah Mahmood Qureshi has emphasized on the need to promote trade and economic linkages and greater people to people contacts between Pakistan and the United Kingdom.

Talking to the British High Commissioner to Pakistan Thomas Drew who called on him at his Office in Islamabad on Tuesday and congratulated him on assuming the Office of the Foreign Minister, Shah Mahmood Qureshi appreciated the role being played by the Department for International Development (DFID) in providing assistance in health and education sectors of Pakistan. 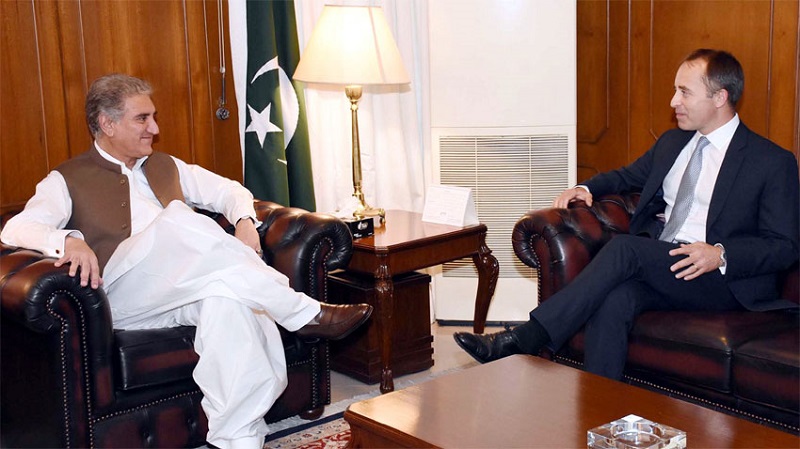 The British High Commissioner expressed desire of his government to further enhance cooperation between the two Countries in all areas of mutual interest, including trade and investment, peace and security, and development cooperation.

The foreign minister emphasized to increase economic and trade affairs between both the Countries.

Mati
Mati-Ullah is the Online Editor For DND. He is the real man to handle the team around the Country and get news from them and provide to you instantly.
Share
Facebook
Twitter
Pinterest
WhatsApp
Previous articleOpposition continues to hope against hope in Presidential election
Next article376 persons awarded death penalties in Pakistan in last five years