ISLAMABAD, Pakistan: The Foreign Minister Shah Mahmood Qureshi has emphasized that Pakistan and China should deepen and expand cooperation in the agriculture sector, providing opportunities for Pakistan to export its agricultural products to the Chinese market.

Talking to the newly-appointed Chinese Ambassador Nong Rong who met him at the Ministry of Foreign Affairs in Islamabad on Thursday, the foreign minister also stressed the need to speed up the completion of China Pakistan Economic Corridor (CPEC) projects at Gwadar enabling the Gwadar Port to achieve its potential.

Lauding his experience and strong credentials, the foreign minister congratulated Ambassador Nong Rong on his appointment to Pakistan and hoped that Pakistan-China ties will further deepen and strengthen during his term.

The foreign minister maintained that CPEC was a transformational project and hoped that the ambassador, with his experience in trade and infrastructure development, will fast track CPEC projects and promote industrialization in Pakistan. 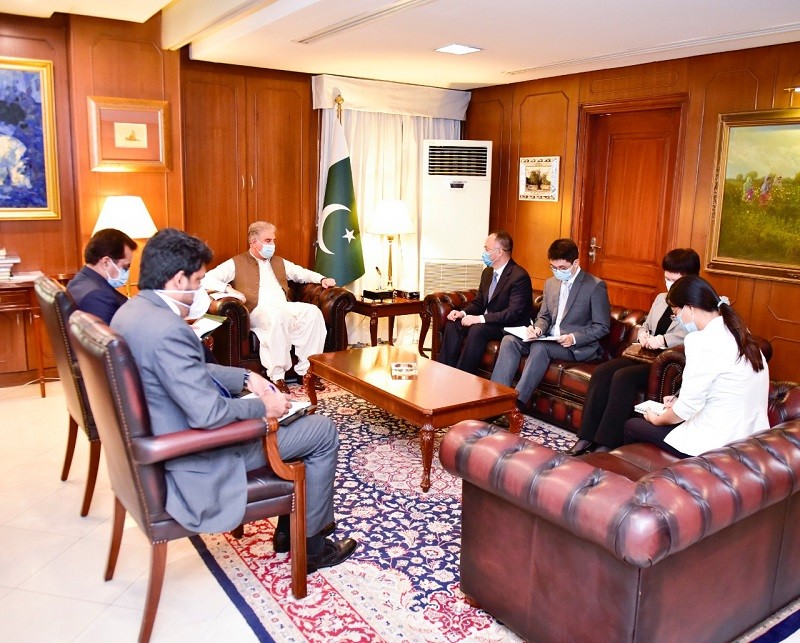 The minister hoped that the 10th Joint Coordination Committee (JCC) will be fruitful and mutually beneficial and would lead to the inclusion of mega projects in CPEC.

In addition, the foreign minister underlined that Pakistan and China were ‘All-Weather Strategic Cooperative Partners’ and both Countries supported each other on the issues of their core interest.

Qureshi thanked China for its steadfast support to Pakistan on the Jammu and Kashmir dispute, including at the United Nations.

It was particularly underscored by the foreign minister that the leadership and people of Pakistan were looking forward to welcoming President Xi Jinping and that the 70th anniversary of the establishment of Pakistan-China diplomatic relations must be celebrated in a befitting manner.

The Chinese envoy thanked the foreign minister for the good wishes conveyed by him and maintained that Pakistan was his second home.

Ambassador Nong Rong emphasized that the Pakistan-China relationship was an anchor for peace, security, and development in the region.

The ambassador expressed determination that China would firmly support the timely completion of CPEC making it a High-Quality Demonstration Project of BRI.

The Chinese ambassador stressed that Pakistan and China should further deepen cooperation at the multilateral institutions to protect and promote their common interests.

Mati
Mati-Ullah is the Online Editor For DND. He is the real man to handle the team around the Country and get news from them and provide to you instantly.
Share
Facebook
Twitter
Pinterest
WhatsApp
Previous articleWhy Jazz Internet Packages Were A Blessing In CoVID?
Next articleUkraine eager to look for new opportunities of cooperation with Pakistan, says Yevheniy Yenin