ISLAMABAD, Pakistan: The Foreign Minister Shah Mahmood Qureshi held a telephone conversation with his Japanese Counterpart Toshimitsu Motegi on the COVID-19 pandemic and its aftermath.

Underscoring that the pandemic was the gravest challenge to confront humanity this century, the foreign minister offered condolences over loss of precious lives, and commended the effective measures being taken by Japan to contain the outbreak.

The foreign minister thanked Japan for its assistance to Pakistan to combat the pandemic, as well as in dealing with the desert locust attack. 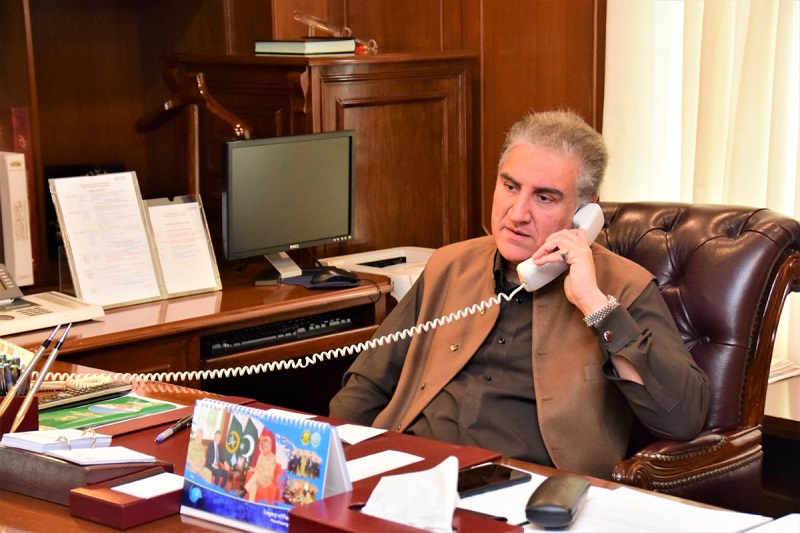 While conveying his confidence that Pakistanis in Japan will be looked after, he assured the Foreign Minister Toshimitsu Motegi of all possible facilitation of Japanese nationals in Pakistan.

The two foreign ministers exchanged views about the socio-economic ramifications of the pandemic.

Shah Mahmood Qureshi underscored that without immediate, coordinated and comprehensive actions to create fiscal space, the developing world may have to contend with dire social, political and economic consequences.

Touching upon the situation in Indian Occupied Jammu & Kashmir (IOJ&K), the foreign minister highlighted that human rights violations were continuing unabated and concerns had intensified about spread of the infection due to restrictions on information dissemination and unfettered access to medical and other essential supplies.

There were also concerns about demonization of Indian Muslims in the context of COVID-19 and growing Islamophobia.

It was agreed to commemorate the 70th anniversary of establishment of Pakistan-Japan diplomatic relations in 2022 in a befitting manner.

Mati
Mati-Ullah is the Online Editor For DND. He is the real man to handle the team around the Country and get news from them and provide to you instantly.
Share
Facebook
Twitter
Pinterest
WhatsApp
Previous article
Efforts to be made to make Pakistan best tourist destination as per PM vision: Samra Kakakhel
Next article
Over 15,500 Coronavirus tests being conducted per day in Pakistan, NA told
Share
Facebook
Twitter
Pinterest
WhatsApp