PESHAWAR, Pakistan: The allocated quota of students hailing from the newly merged tribal districts in Khyber Pakhtunkhwa has been doubled, recording an increase in their reserved seats from 222 to 444 at various countrywide higher educational institutions.

In this regard, official directives have been issued after the approval of the Governor Khyber Pakhtunkhwa Shah Farman.

The number of students from erstwhile FATA has been increased from seven to 14 in Pakistan Institute of Fashion Design (FIFD) Islamabad, and from nine to 18 in National Textile University (NTU) Faisalabad.

The Pir Mehr Ali Shah Arid Agriculture University Rawalpindi will accommodate 20 students from tribal areas instead of 10, and University of Engineering and Technology (UET) Taxila will impart education to 12 such students as earlier six students were entitled to get admission in UET.

Likewise, the University of Sindh Jamshoro has also been directed to accommodate four students from erstwhile FATA against the previous number of two. 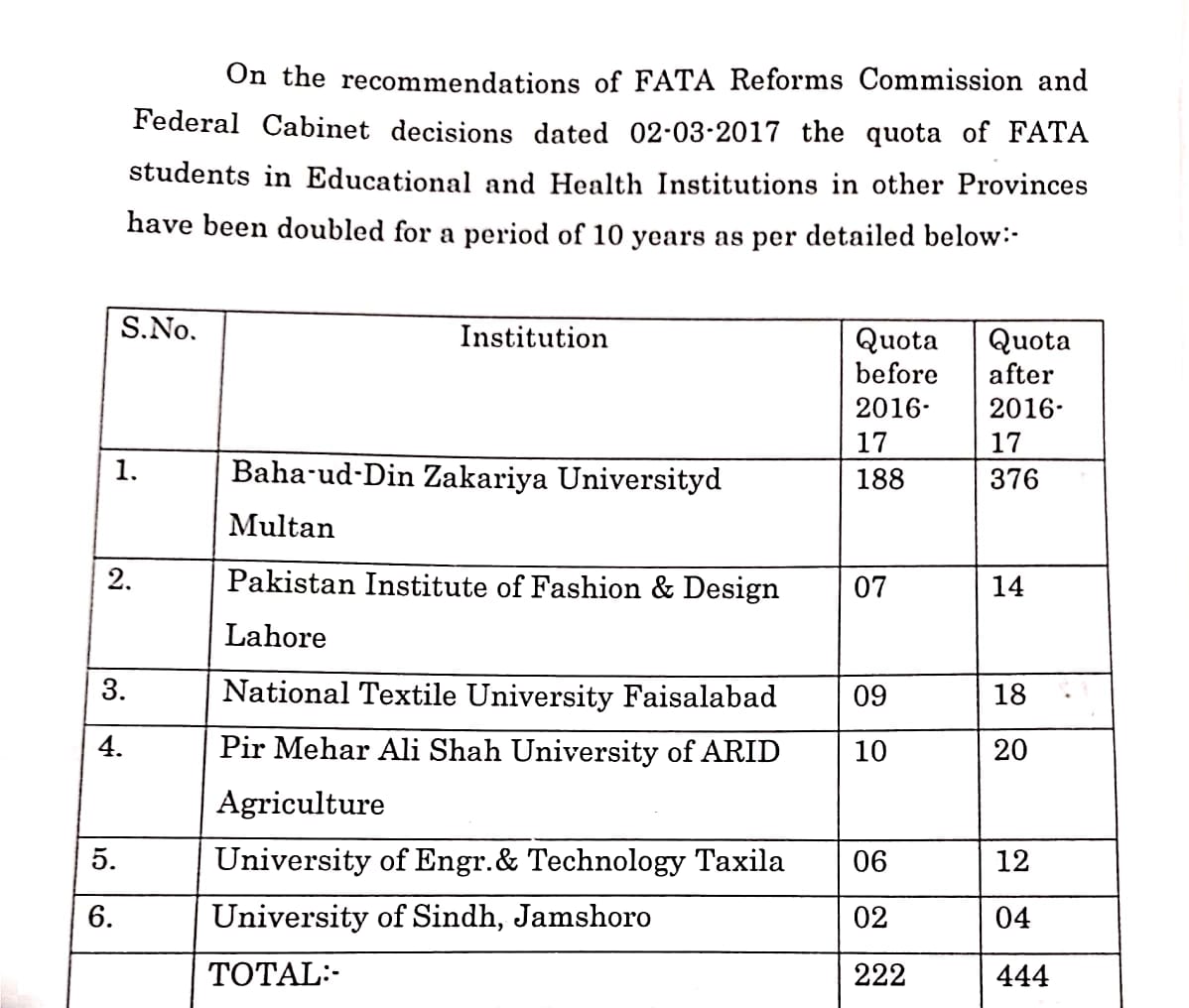 Mati
Mati-Ullah is the Online Editor For DND. He is the real man to handle the team around the Country and get news from them and provide to you instantly.
Share
Facebook
Twitter
Pinterest
WhatsApp
Previous articleTurkey will always stand by Pakistan through thick and thin: Turkish Commander
Next articleLahore High Court orders to release PML-N leader Hanif Abbasi