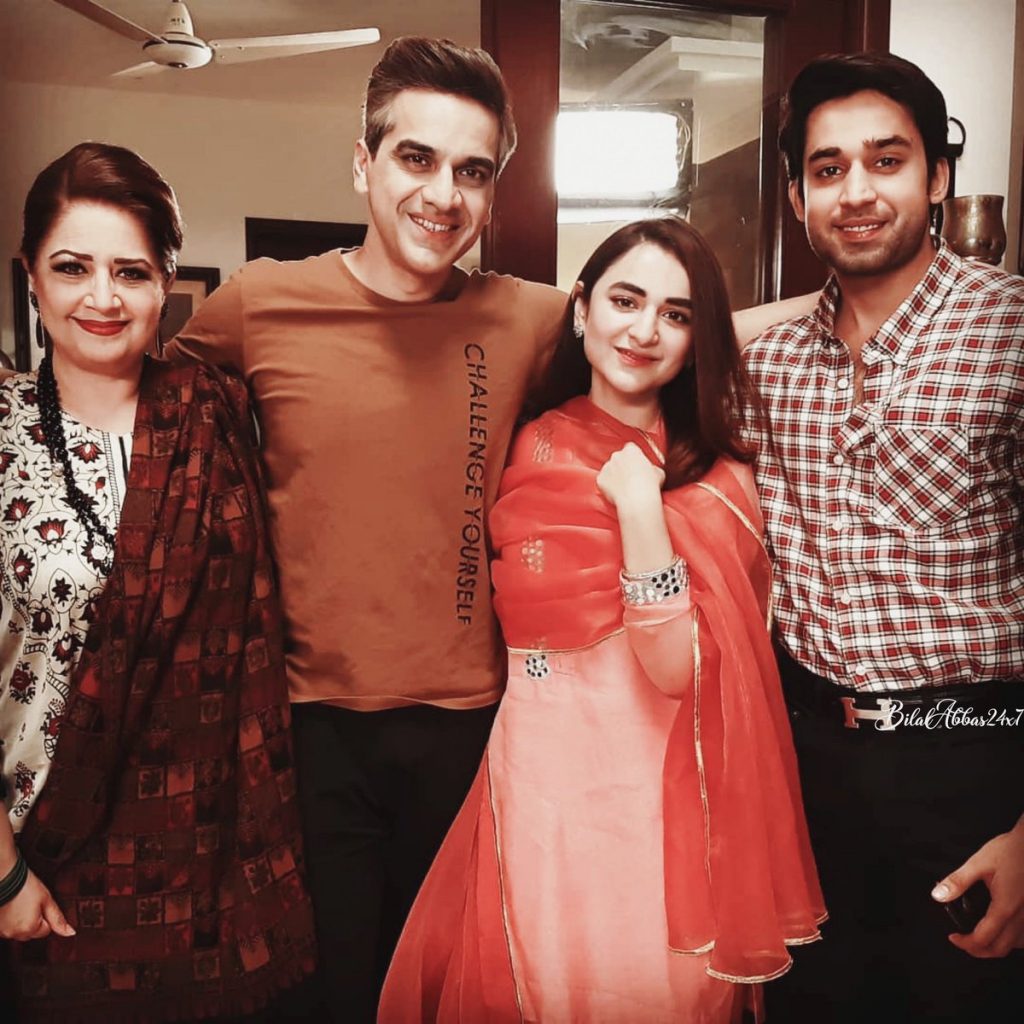 Pakistan Drama Industry has been producing quality content over the years and every single drama has a different story to hook viewers till the end. Pyar Ke Sadqay is one of the most engaging and different stories of sweet romance with a touch of comedy. If we say that no such drama has been produced ever before, it would not be wrong.
The cast of drama in lead roles include Bilal Abbas Khan, Yumna Zaidi, Yashma Gill, Omair Rana and Atiqa Odho. This marvellous story has been written by Zanjabeel Asim Shah whereas drama has been directed by Farooq Rind. So here is all you need to know about Pyar Ke Sadqay which is a leading drama series in Pakistan these days. We are sure that this drama would make up to top 10 drams of Pakistan. 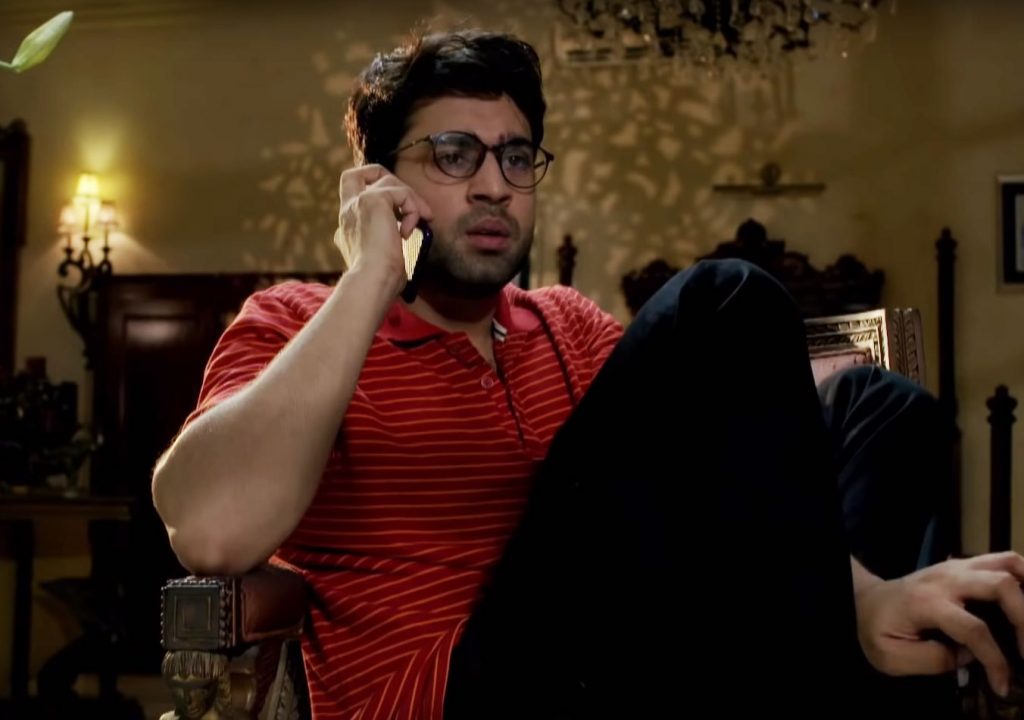 Pyar Ke Sadqay, as the name depicts, is the sweetest love story of two characters Mehjabeen and Abdullah who are so innocent. It was quite surprising to see Bilal Abbas Khan for the first time in an entirely different character as an innocent person, who is intelligent in studies and topped in his university in mathematics. On the other hand, Yumna Zaidi has performed the best having equal chemistry with Abdullah while making it a cute bonding. Mahjabeen is someone who has always failed in her exams however she always dreamed of topping in her class. Her famous dialogue from this drama which gained great hype all over social media is “Ammaa fail honey walon ko b izzat chahiye hoti hay”.
After getting a proposal from a doctor, Mahjabeen feels relieved from her studies and she is excited about her freedom from appearing in exams. This drama gives a perfect blend of love, comedy and romance with compact play in Pyar k Sadqay, which grabs everyone’s attention within seconds. 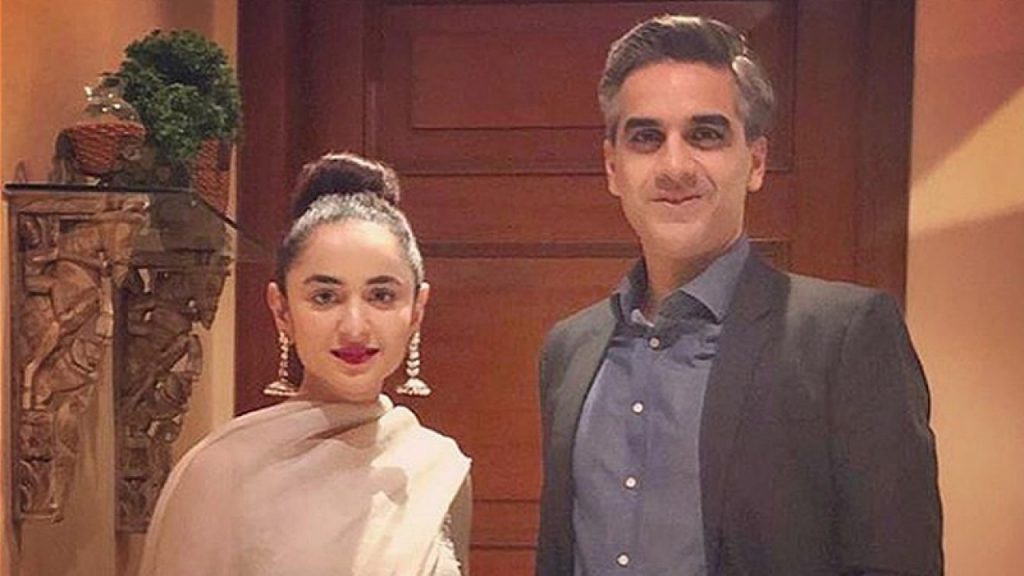 Insights on the Drama Serial

Another interesting aspect of this story is the relationship between Abdullah’s stepfather and mother. Mansoora (Atiqa Odho) is elder in age than her second husband Sarwar (Omair Rana) who just got married in the greed of wealth and is not satisfied with the bonding. He degrades Abdullah all the time and shows discontentment towards his wife. On the other hand, he falls for Mahjabeen after seeing him for the first time he visits at Munshi Jee’s (Mahjabeen’s father) home. He even asked Munshi Jee to get his daughter married to him but had to go through major disappointment which turns into an unwanted rivalry afterwards.
However, Abdullah and Mahjabeen get married by chance which is greatly disturbing for Sarwar as he couldn’t accept his stepson as Mahjabeen’s husband. Now Sarwar is playing different tricks to attract Mahjabeen and distract Abdullah from his wife. Apart from that Abdullah has a sister who lives with her pupho who are well aware of Sarwar’s nature and cleverness and keep on guiding Mahjabeen as well as Abdullah to tackle different situations. 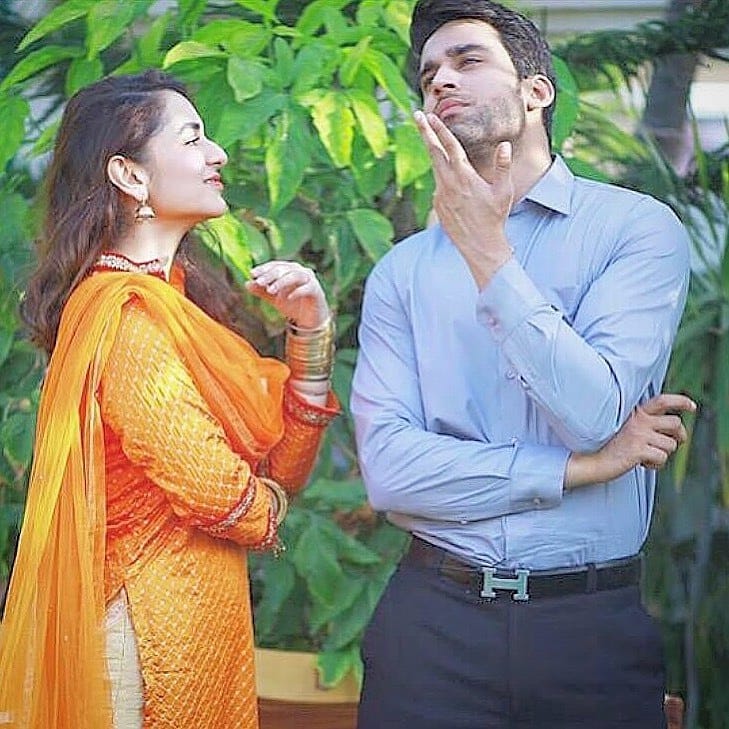 Every teaser of this drama brings more excitement for the viewers and there is a lot to come ahead as there is an element of suspense too which keeps the fire on to yearn for a new episode every week. Stay tuned to Hum TV and keep watching Pyar Ke Sadqay every Thursday at 08:00 PM. Don’t miss it!

Mati
Mati-Ullah is the Online Editor For DND. He is the real man to handle the team around the Country and get news from them and provide to you instantly.
Share
Facebook
Twitter
Pinterest
WhatsApp
Previous article
In World War II, 10 million Ukrainians laid their lives for Day of Victory over Nazism
Next article
Azerbaijan celebrates 97th birthday of National Leader Heydar Aliyev
Share
Facebook
Twitter
Pinterest
WhatsApp