Monitoring Desk: Punjab Independence Referendum started on October 31, 2021, under the ‘Punjab Referendum Commission’, which was appointed by the US-based group— Sikhs for Justice. 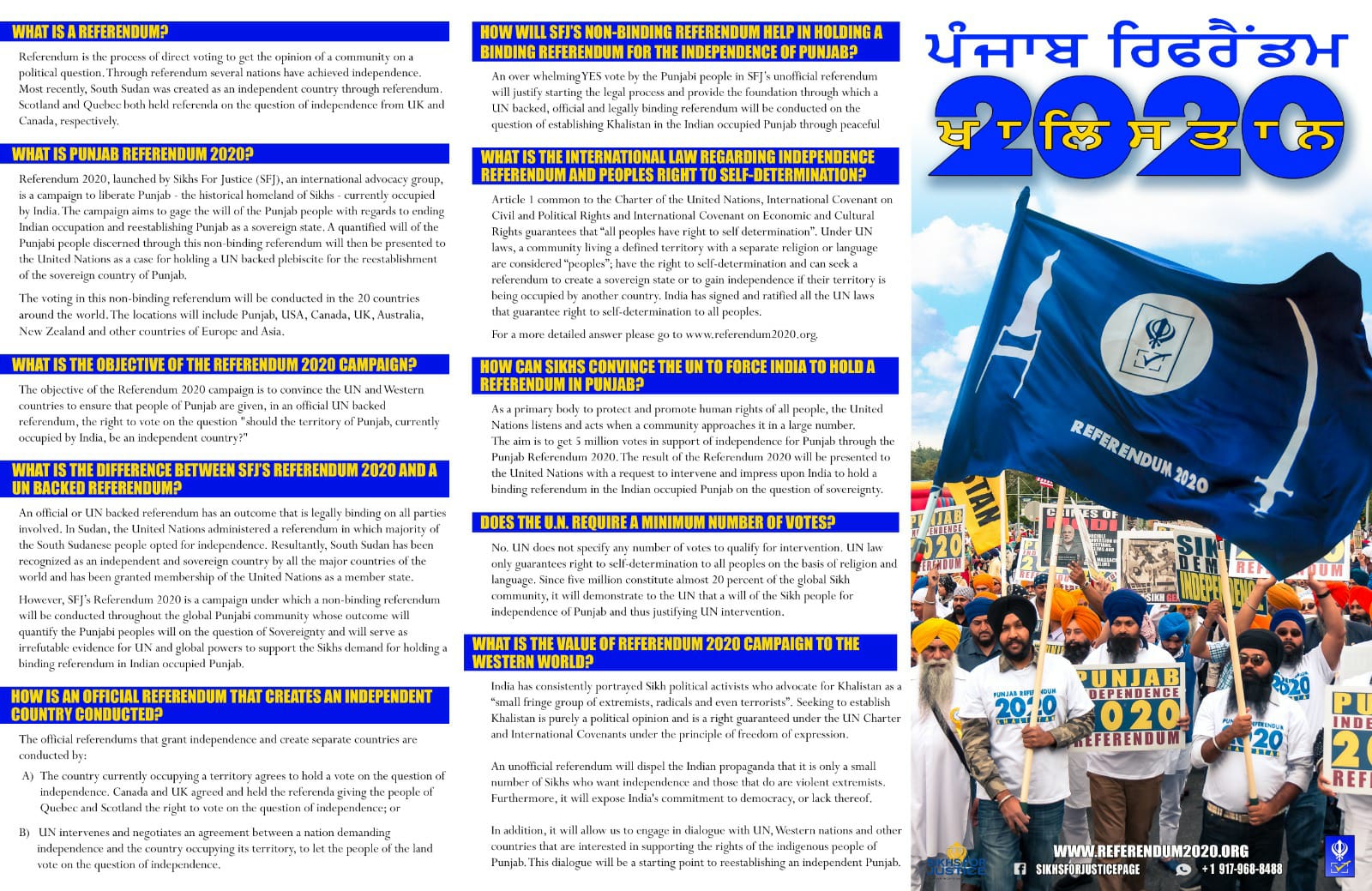 In the first phase, the Referendum started in London where thousands of Sikhs polled their votes.

The referendum will take place in the US, Canada, Australia, and in Indian Punjab.

University of Southern California-based Referendum Commission said that it is helping the Sikhs community for Justice to conduct a referendum that is as consistent with international norms.


Martin Hannan reported that the Punjab Referendum is a non-governmental and non-binding referendum, the result will be used as the basis for the Sikh community to request an official binding vote from the United Nations on establishing the Indian-governed region of Punjab as an independent homeland for the indigenous people of whom Sikhs are the single largest group.